“MENTAL HEALTH COMES IN EPISODES” “MINE FEELS LONGER THAN A MOVIE!” 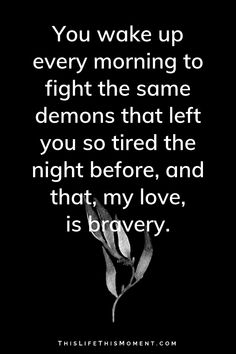 S
So, I’ve talked a few times now (here and here) about the news I got that the person who abused me now has a higher role in his job, but unlike most things I’ve blogged about, I still haven’t seemed to have worked through it. I’m having the same view on it as I did with the actual abuse; I could talk about it until I’m blue in the face, but it won’t make it go away. It won’t make it un-happen! So, I’m left with ‘well how do I cope with it?’


Through my mental health recovery, I’ve gotten used to moving through things by talking or writing about it and using my Dialectical Behaviour Therapy (DBT) skills effortlessly. So effortless that I’ve not had to make a conscious decision to use them or a choice as to which I do use. They’re just there!


Understandably, this new thing has really thrown me off balance, because all of the healthy coping strategies are no longer so easy to come by. And I guess that’s why I sort of fell apart on Saturday (02.03.2019). I self-harmed and called the Crisis Team. They were brilliant, but then they said they’d have to send an ambulance I ran away, and they called the Police.
Two officers took me home and waited with me until the Crisis Team came out to assess me. The consensus was that I needed to be put on the Team’s caseload and put on a mild sedative (Diazepam) but when they left me to go get the medication, I ran off and finished the overdose I hadn’t told anyone about. The Police weren’t so nice when they found me this time… I think they were probably just frustrated that it was the second time that night, but I feel like, frustration should never be taken out on a person in a mental health crisis. And not because that person should be treated with kid gloves, but because that person is already vulnerable to responding to negative emotions in an unsafe way. And when you already blame yourself for so much, the last thing you need is for the people who are there to help you, to appear as though you’ve annoyed them in some way. Like you really are the inconvenience you already convinced yourself you are!


The Police told me that if I didn’t get in their van to go to hospital, I’d be sectioned and taken there against my will. I still refused and because we’re all about statistics up here in the North East, they used restraint rather than legal powers and I was bundled into the cage in the back of their van! The officers – thankfully – left me alone when we got to A&E and I decided that I’d rather sign in at reception and refuse treatment than run off and possibly meet two even harsher Police. It turned out though, after a six-hour wait to see the Doctor, my head was a lot calmer by the time it came to actually be told I needed the treatment, so I agreed to have it. There was a hitch in the plan though when my veins basically became extinct and after about 15 attempts, I was taken to theatre to have an Anesthetist fit a midline into my arm. Finally hooked up to the treatment and on a ward, a Doctor came to see me and he started the conversation with: “so, you’ve had some turbulent admissions here where a lot of people have been put at risk.” And then he went on to ask if there was anything, he could do to help avoid a repeat of those occasions. I told him that having my medication would be helpful and was abruptly told that “we get some people who have overdosed on other medications and then ask us for them to make them worse.” He said that I didn’t ‘look like’ I’d overdosed on Diazepam because I wasn’t drowsy but said that he was only willing to prescribe my regular medication. When I tried to explain that the Crisis Team were planning to put me on Diazepam anyway, he told me that the more someone asks for medication the more concerned they get that the person is addicted to it. Everything he said… well, it made sense because they really must get a lot of people who do that, and it obviously makes it hard for them to see beyond that and recognize that not everyone is the same. So, I called my Mum to tell her they weren’t going to give me the Diazepam and she asked if it was ok that she ring the psychiatric liaison team in the hospital and see if they could explain to him that it helps me and that the Crisis Team were going to give me some. I agreed because I felt like I couldn’t try any harder to change his mind if the more I tried, the more he thought I was addicted to the medication! Within minutes my Mum was back on the phone and the liaison team were on their way down to speak with the Doctor! I was grateful that it was going to be rectified but I won’t lie; I was a bit pissed off too! I mean, why did it take my Mum ringing to make a difference? She hadn’t said anything different to what I had! And as my Mum rightly pointed out, when I told the Doctor that the Crisis Team were going to give me the medication, he could’ve called them to check and then prescribed it. Instead, my Mum had to do it! After speaking with Psychiatric Liaison, the Doctor prescribed my medication.


I think it’s understandable for me to feel as though I’m not listened to by professionals in situations like this because of my mental health; and to believe that people don’t think me reliable or honest because I have a mental illness. It might not always be the case, but it’s reasonable for me to think – and feel - that it is! And it didn’t matter that the Crisis Team had listened to me, and that those two original Police had been kind; I was focused on this one Doctor.


Among service users, it seems to be a common belief; that people aren’t listening to you because you’ve got mental health problems. In a lot of situations where you feel like this, people often say that you’ve misinterpreted things. Misunderstood; and that wasn’t what was meant by it. Reassured that people are listening to you, people do care what you think, and It’s nothing to do with your mental health. But they don’t realize that on so many occasions it has been the case. And that’s why you assume this is a repeat of that. You haven’t gotten it from nowhere; you’ve experienced it, and somewhere along the line – as a result - you’ve lost trust and faith in professionals; developing an assumption of the worst for all future interactions. And this goes both ways. Obviously that Doctor has had some sort of negative experience with someone with a mental health illness.


Being on Diazepam, meant I was a whole lot safer than usual and I completed the 20+ hours of treatment with no fuss. Afterwards, the Crisis Team came to see me at my home and helped shed some light on the fact that I was – subconsciously – over-catastrophizing things in developing the conviction that things were going back to the way they were before my admission to Cygnet (the hospital I spent 2.5 years in). One of the staff explained that if you were on a diet and ate two chocolates, you wouldn’t say that was the end of the diet and finish the entire box! They also decided that the original plan was going to stay in place and that I was on their caseload and would be given a prescription for a sedative to take three times a day for the next few days.


When I saw the Crisis Team the following day, we decided on a list of things that would be a cause for concern if they were to happen, discussed reminders of my DBT skills and then I saw my Community Psychiatric Nurse (CPN) and she provided the title of the post! I was telling her how the Crisis Team had talked about me over-catastrophizing things and the said that she saw mental health as being like ‘episodes’ and that right now, it’s a bad one but it will come to an end… I told her that the bad times felt more like the length of a movie than a TV episode. When you feel hopeless and suicidal, it’s impossible to see an end to that feeling – you can’t imagine it ever getting any better or going away – so having experience of that feeling dying down, is really helping me to try and avoid causing any irreparable damage to my body in terms of accepting treatment for overdosing.


I feel like I’ve got quite a good insight into this difficult period and that I understand what has caused it and why I’ve reverted back to old coping strategies. At first, I couldn’t think of anything that would make it better; it’s like I said at the beginning, nothing will make what has happened ‘un-happen.’ But then, when I was in hospital, my Mum said that if I was determined to die then should she be ringing the RSPCA to get Emmy (my kitten) and Pixie (my bunny) re-homed. And she made a bloody good point! But the fact I can look back and see that these episodes have ended before, meant that I was worried that if I did give my pets up and then these feelings got better… well, I’d be lost without Emmy and Pixie. And maybe, losing them would actually stop things from getting better. So, it was the kick up the bum that I needed. I can’t stand the thought of those two being with anyone but me and I can’t stand the thought of me not having the two of them in my life. A lot of people say that you have to get better for yourself but sometimes, that isn’t good enough. Sometimes you need a motivation to help see you through until you want to be alive again.
Labels: A&E, abuse, coping, crisis, Crisis Team, hospital, mental health, overdose, police, poorly, relapse, self-harm, struggling, suicide
SHARE:
Newer Post Older Post
Home