The Award presenters said of this Award:
“We had 50 nominations for this Award – so instead of three finalists, we have seven and instead of one winner, we have two. We broke the rules slightly, but for the right reasons.”

The first winner was Christine who has worked for Richmond Fellowship for 19 years and in that time, she has secured a number of contracts and implemented a variety of innovative projects.

Our second winner was Simon who joined Richmond Fellowship in 2014 and has been praised by colleagues for his impressive communication skills and in-depth knowledge of employment law.


Our final Award of the Richmond Fellowship ENRICH Awards 2019 was the Chief Executive’s, a special award that was made at the discretion of our Chief Executive; Derek who would like to recognize an individual or team who have shown exceptional commitment...


Of the winner of this Award, Derek said:
"Recently at one of our supported housing services, a resident caused a serious fire in their room during the early hours of the morning. By the time the fire brigade arrived everything in the room was completely destroyed  - but the resident got out safely due to the heroic actions of a member of staff working a waking night.
When the first alarms sounded, this person ran to the room and saw that the resident was sitting next to a burning wardrobe and did not appear to understand the risk they were in. Knowing the personal risk, this staff member chose to save the resident's life by running into the blazing room and pulling the resident to safety. Every item in the room was destroyed by the fire, but thanks to this staff member's quick actions and courage, everyone was safe.
The staff member took personal responsibility for the safety of everyone in that building, and her manage describes her as a 'shining example of selflessness and an asset to Moor View."

After receiving her award, I asked the audience to give a standing ovation to the incredible, and inspirational winner.


We ended the day with thank yous and closing remarks from Helen, Chair of the Recovery Focus Board and the presentation of certificates for those who have helped with the event e.g. award presenters, performers, the judging panel members, and of course – Rachel and I (who were also given flowers!)! 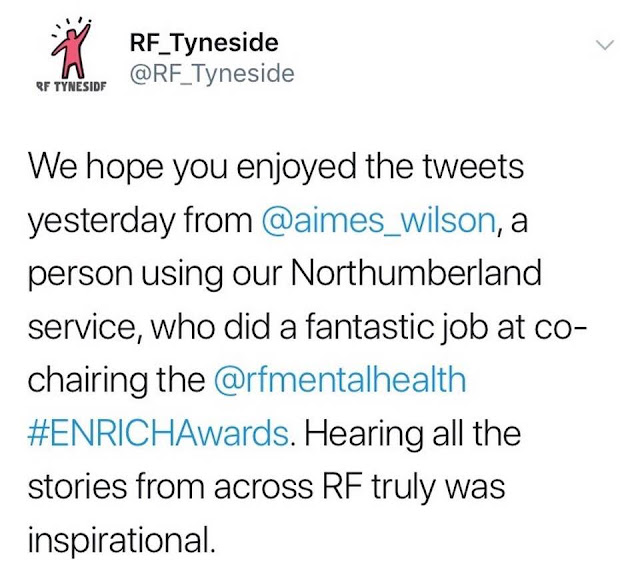 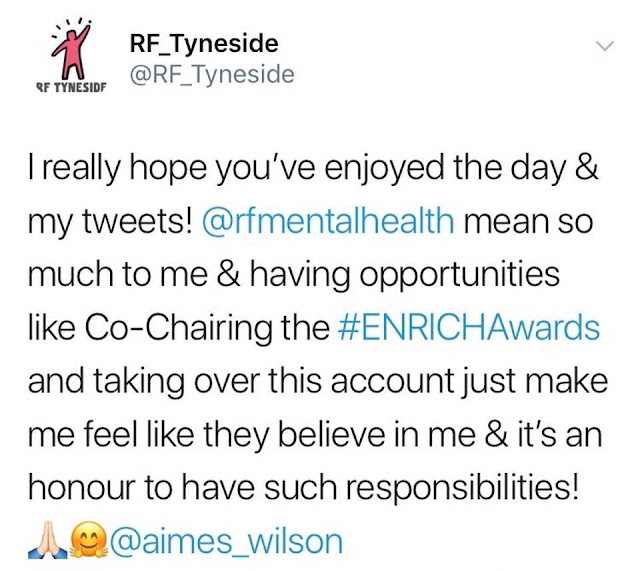