So, I began reading Angela Clarke's Follow Me while in Hospital and it was the greatest distraction; inevitably, I tweeted a quote from the book and unexpectedly, Angela tweeted me back! And so this post was born...

What time did you wake up?


Why did you wake up at that time?


Because I’m a masochist. Okay, because I’m on deadline for a feature film proposal.


Did you have a dream?


Yes, I did have a dream. Half of it was about words on a page, moving around and scrolling, and images that are recognisable from the movie I was working on before I went to bed (that happens when I work long hours). And the other half, inexplicably, involved a Moomin mug.


Do you think today will be 'good' or 'bad' day? (use your own definition of these words to answer the question)


What are the first three things you do after waking up?


Do you eat breakfast? If yes, what did you have?


I have porridge every morning, because oats are believed to help boost your immune system and I’m immunocompromised (due to having EDS III). In the winter I have my oats hot, in the summer I have them cold as overnight oats. At some point, I turned into my Gran, and I am totally happy with my life choices.


What would be your perfect breakfast?


My perfect breakfast would be eggy bread with Heinz ketchup at Claridges. (I have achieved this state of nirvana once…and I had to send back the fancy pants organic homemade ketchup they had and ask for Heinz. They keep a bottle for just such occasions). 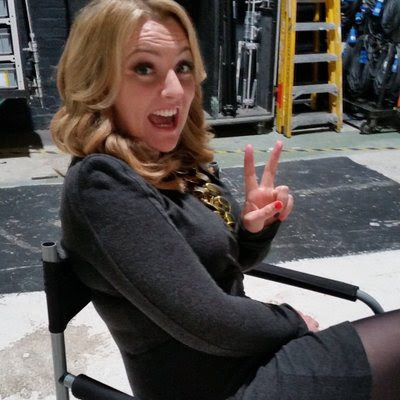 Is there anything that you have to do today but don't particularly want to?


I have to see my EDS III specialist podiatrist, she is very nice. But it will mean being prodded a bit.


List five things that you do between 9am and noon.


2. Take enough supplements to make me a rattle.

Did you eat lunch? If yes, what did you eat?


I had lunch on the go at Leon. I had a chargrilled chicken mezze pot, a side of slaw, and a white peach iced tea.


What would be your perfect lunch?


List five things that you have done, said, thought, or that have happened between noon and 5pm.


1. Had my feet filmed (by my specialist podiatrist, not just some weirdo. That I know about any).


5. Eaten half a tiny cupcake. And drank a shot of liquid chocolate.

Do you eat dinner/tea? If yes, at what time?


Tonight, I was out for dinner with an anti-fraud contact. We ate at 8pm.


What do you eat?


Hilariously, I had steak and chips. I blame the subliminal influence of filling out half this form at lunch and mentioning steak then. (Bleu, no sauce. I ate all my chips and half my companions).


What would be your perfect dinner?


Baked potato with butter and cheese (not melted). If I had to choose.


If I’m at home, once I’ve finished work, which can run late, I either listen to Audible books and do jigsaw puzzles, or watch TV and films. If I’m out I drink one too many, and always order the chocolate dessert.


Yes! I have low level lighting, and try and avoid screens for one to two hours before bed. I drink a Night Time Herbal tea, put some drops of lavender oil in my diffuser (yes, I am that wanker), take my make up off, put lovely pyjamas and bed socks on, settle myself into bed, read for a little bit, lights out, and listen to a relaxing Mindfulness meditation for good sleep. After which I lie awake for hours worrying about something I said to someone I met at a party once sixteen years ago.


What time do you go to sleep?


Is this when you want to go to bed? Or is it influenced by what you're doing the following day?


Yes, with Mr Ange, and a cuddly Moomin (upon which I rest my arm so my shoulder doesn’t dislocate it my sleep – it has a tendency too due to my EDS III). Admittedly, this may have triggered last night’s Moomin dream.


Which position do you tend to sleep in? e.g. foetus, starfish etc.


What was your favourite part of your day?


Today it was catching up with people I hadn’t seen for a while.


What was your least favourite?


Feeling sick in the taxi (I get travel sick even going tiny distances, like a child).


Did anything happen today that you'd like to change or re-do?


Does my hair count? I’d like to re-do that.


Did you 'learn' anything today? (use your own definition of this word to answer the question)


Are you looking forward to tomorrow?


What do you have planned?


I’m up at 5am to work (yet again) manically on the film project which has to be with a producer by 5pm, also On My Life is having a one day 99p sale – so I’ll be doing lots of social media and sending out a newsletter, plus I have a session at the physio, two Skype work calls scheduled, and then I’m appearing live on BBC 3 Counties Radio Entertainment Panel between 6pm and 7pm, then I’m going to have fish and chips with my parents. And who knows what else the day will throw at me! Oh, and I’ve got to send this form in…
Labels: ad, agenda, author, book, collaboration, diary, Guest post, interview, promo, promotion, series
SHARE:
Newer Post Older Post
Home