WHY I USED TO TEST PEOPLE

Draft number two of this post; here we go!


So, a very good friend of mine; Martin Baker, wrote a blog post recently titled ‘Or Maybe You Were an Asshole’ where he talked about people pushing one another away and I thought that based on my experience, I could maybe expand on it from a different angle…


One of the many ‘symptoms’ of Borderline Personality Disorder (BPD, but now called Emotionally Unstable Personality Disorder) is unstable relationships.  I learnt of this when my diagnosis of BPD first became official and I began to research the Disorder then read about the numerous ‘symptoms’ that made up the diagnostic criteria (at that time). I might have learnt about it then, but I don’t think I’d ever experienced it in my life until I actually began to suffer from the mental health Disorder! Up until I my first overdose, my relationships with family and friends had always been stable and secure; if I made a commitment to them, I kept it. If I told them I cared about them, I meant it. If I wanted to show them how much I loved them, I did.


I think that the greatest two examples I can give to illustrate just how my important relationships were impacted by my mental health, are these: 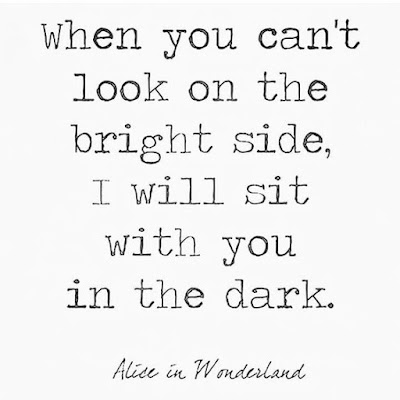 1.      When I was leaving home to go and overdose my Mum once said to me ‘if I dropped down dead from a heart attack and you were on your way to overdose; what would you do?’ I’m ashamed to say that my reply was ‘call an Ambulance and leave anyway.’ Hopefully, those who know me now will be shocked to hear how heartless I’d been but it’s like my Mum says that when I’m going to self-harm, I find myself in a tunnel where I can’t see – or care about - anything except my destination.

2.      I was in a long-term relationship and after a very dramatic sectioning at home, four Psychiatric support workers were sent to stay with me in A&E whilst I had treatment for an overdose. My boyfriend (at the time) and my Mum were sat on the opposite side of the A&E and I said to the support workers that I needed to go and give them a hug. The thing I forgot to mention is that they were sat right next to the main exit… I hugged my ex and made a run for it. Yes, I was rugby tackled to the ground by the staff and given a sedative, but it’s always stuck with me that I used them as an excuse…


It’s probably obvious to say that one of the greatest reasons for me treating others the way I did was to test them; to see just how supportive they were. The thing with that mindset, though, is that it becomes a very vicious cycle; we challenge those people, they withstand it and so we push them further. We think it inevitable that eventually the person will say they’ve had enough and – I don’t want to speak for others who do this – but I, would then use this as motivation to continue my self-destructive behaviours. Almost as though it would be comforting to be able to self-harm and say ‘I did it because…’ You see, sometimes, when my self-harm became automatic response to any memory of the abuse or command of the hallucinations, I began to fear that people would stop seeing the importance of it. That people would just think ‘here we go again.’ But I thought that if I could say to them ‘well, this relationship has deteriorated then maybe they’d sit up and be like ‘oh! Well I can understand why she did it.’ And I think that at that time, having someone say that, could feel so comforting and reassuring.


Once I began to see sight of recovery, I knew that one of my first missions had to be repairing relationships. Yes, all my most important people e.g. my Mum and my best-friends (my ex was now my ex!) hadn’t actually left my side but that didn’t stop me from having a conscience at the thought of everything I’d put them through. I felt like I had to ‘make up for lost time’ with everyone! All those nights out with friends that I couldn’t go on because I was in Hospital, and all of the times I was spending my time with Police and A&E staff and I could’ve been with my Mum!