DO YOU NEED TO CHANGE YOUR ATTITUDE TOWARDS YOUR ABUSER?


This post started as ‘HOW TO CHANGE YOUR ATTITUDE TOWARDS YOUR ABUSER’ but then I thought ‘what right have I got to tell anyone to change their attitude on something so personal and important?!’ Also, I like to think of myself as a true believer in ‘treat others how you’d like to be treated and I would have hated it to have someone tell me how to change my attitude towards my abuser.


Then I considered making it ‘SHOULD YOU CHANGE YOUR ATTITUDE TOWARDS YOUR ABUSER?’ but I recently met someone who believes that ‘should’ can’t be a part of a healthy and happy life and I kind of like that attitude... Though, with this title, I liked that it gives readers some sort of control and power; they can choose whether to make changes. I thought this was important where abuse is an aspect of a person’s life that they – probably - have the least control imaginable. It doesn’t take long to realize that we can’t change what has happened to us; but the aftermath? Well that, we have a little more control over. As much as some reactions can seem knee-jerk and automatic, understandable response to a situation, it can end up feeling comforting to believe that you aren’t doing anything strange or abnormal and to think that anyone would feel like this in your position, can actually be reassuring. 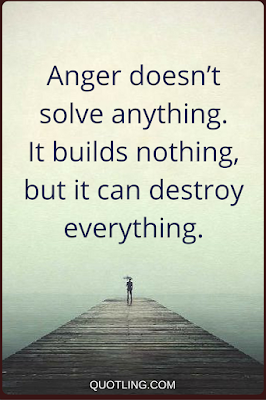 Even though my first feeling towards the actual abuse was shock, I knew in my very core that my feeling towards the abuser was hatred. In my mind, I thought: ‘what else could it be?’ and ‘how could I ever feel anything else?’ And the biggest question? ‘Am I allowed to feel anything else?’ I think that whilst hatred is an ‘understandable’ emotion for those looking in; it felt as though no one could possibly comprehend the intensity of it. When Psychologists have eventually told me ‘this hatred is going to eat you from the inside’ I actually felt comforted that perhaps someone finally understood just how strong this hate was. To put it into perspective if I were to self-harm without really thinking about anything, then I’d need a plaster but if I cut while allowing myself to feel that hatred, then I needed stitches.


I assumed that the hatred would last forever and that I’d never experience any other feeling towards him so when other emotions crept in, I was slightly bewildered and confused. I was going to say that ‘the next feeling to come to me’ but I don’t want it to sound like these emotions came one by one and that when one ended another began because this wasn’t the case. Just like grief – and probably many other things – the emotions often came in unison and felt all jumbled up; if there was more than one then there seemed to be no limit to any of them; there was no boundaries where the anger would finish, and the others would start. No telling which I was going to feel from day to day hour to hour minute to minute. But the feeling I experienced next was probably indifference and I think this came from the shock and the dissociation coping skills that I used throughout the abuse. I began to think that if I felt an emotion ‘too much’ or too intense then I’d have to start accepting what had happened to have caused it. In order to feel this overwhelming anger, I had to accept I was being abused. Otherwise the emotion was just… there.


I came through the hatred by talking about it. At first, I was ashamed to admit to feeling something so negative and damaging but I realized that it wasn’t healthy, and I’d never get anywhere in life if I let it rule my life.

Like the anger, I experienced the indifference came in an overwhelming, and seemingly uncontrollable way. Even though it consumed my entire head body, it still seemed too big. Too big to even fit inside me and what was I meant to do about the bits that were left over? This feeling went on to impact the rest of my life; my attitude towards my teachers and education in general, and my relationships with friends and family. I stopped having any respect for everyone in my life because my lack of respect for him was so huge and unmanageable; this meant that one of the hardest aspects of my recovery was rebuilding relationships with those who I felt I’d wronged.


I guess the point of this post was to illustrate that no matter how intense and negative your feelings towards your abuser are, you’re entitled to experience them. And don’t let anyone tell you otherwise.
Newer Post Older Post Home