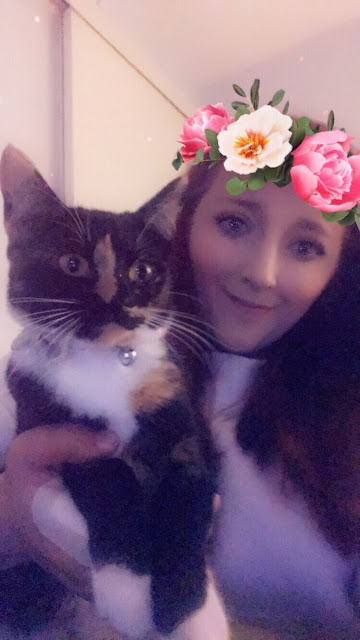 1.      Being able to meet like-minded people
It’s obvious that you won’t always see eye-to-eye with everyone in life but having huge aspects of your life in common with others gives you a pretty good opportunity of meeting people who you’ll identify with. I only have one friend who has a Blog (Marty from gumonmyshoe.com) and I’d honestly be lost without him! It’s so helpful to have someone who truly understands some of the challenges and accomplishments I go through from having I’m NOT Disordered. He knows that when I’m on my phone while we’re out together it doesn’t mean I’m being rude or prioritizing my notifications over friend-time. And he appreciates what a huge achievement it is to land a new collaboration with another organization/individual.


2.      Having the opportunity to empty my mind
When I started to blog from the Psychiatric Hospital in 2013, it was all about getting my thoughts out of my head and it especially became about venting through the drama that would go on between other inpatients and staff. There was a lot of explosive relationships on that ward and sometimes hiding in my room wasn’t enough of an escape from the yelling, aggression and swearing. Don’t get me wrong – I’m not saying that I was never a part of the arguments, but blogging gave me a more productive outlet and helped me reign in my frustrations when things were getting really heated.

3.      Getting to promote positive coping skills
A few years ago, someone copied and pasted part of one of my blog posts and used it – out of context - on a Facebook page which promoted self-harm. I was so furious that I messaged the page’s Admin straight away and had it taken down! I really struggled with the realization that you have to be so careful on how you word things online in case it is used to promote something you never intended it to. Especially, when what you’re trying to say was actually, the exact opposite! I’m always honest about my self-harm and that in some situations it felt like the only way to cope and I’d be lying if I didn’t say that sometimes it even helped… in the short-term! And that tiny benefit isn’t worth the long-term repercussions and doesn’t mean it’s the right thing to do. It makes me sad to think that it took for me to end up in Intensive Care to be sent to the specialist psychiatric hospital that taught me positive and healthy coping skills. So I guess my aim is to prevent that from happening to someone else before they can learn these skills too.


4.      Using it to battle the stigma around mental health
When I was younger, I was told (not by family!) all these horror stories about our local psychiatric hospital and the patients there; how they were all criminals that were wearing straitjackets, needing electro-convulsive therapy and who’d been admitted by men in white jackets coming for them. When I was admitted to the Hospital aged eighteen, I was – understandably – terrified; but I was also confused when it wasn’t at all like that! As my mental health deteriorated, it – wordlessly – became apparent that it was a struggle that should be kept silently under wraps. I came up with all sorts of excuses as to why I couldn’t go on shopping trips or nights out and wore long-sleeves to the nights out that I did go on! I don’t think I told my friends that I could hear voices until I blogged about them! I don’t think it was about the worry of being judged… more embarrassment that my brain was broken. I thought that hearing something that no one else could hear meant something was wrong with me and I was ashamed of that. So through I’m NOT Disordered I hope I can encourage more people to talk about their mental health because I believe that in doing so, it encourages others to ask for help, potentially, before it gets to the point mine did. 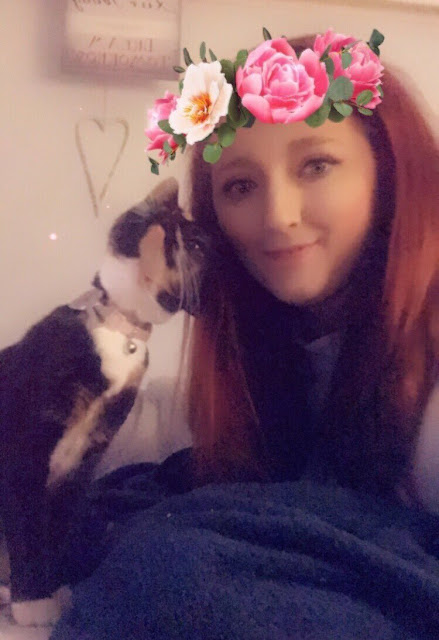 5.      Gaining a sense of purpose in life
Before my mental health difficulties started and after the abuse, I was determined to become a Lawyer so that I could help others in getting justice when they too are wronged. When my mental health deteriorated, I was convinced that I’d been put on this earth to kill myself. I mean, it doesn’t make much sense – I can see that now – but at the time it was really the only thing in my life that I was sure of as my mental health made me question everything else. In hospital, I did a lot of work with a Psychologist about this belief, but it was starting my blog that gave me a new sense of purpose. And I won’t be presumptuous as to say that my purpose was to help others, more that it was about running I’m NOT Disordered and doing all the opportunities that it has afforded me.


6.      Having the chance to illustrate the impact abuse can have on someone
I think that a lot of people make assumptions around the impact abuse can have on someone. And these are – mostly - people who have never experienced abuse so I’d like to think that my blog is maybe a bit refreshing for those people to see what the actual impact can be. Of course, everyone is different and what could deteriorate one person’s mental health could actually boost another’s and that doesn’t make either person’s response ‘wrong.’


7.      The ability to learn new things
I remember when I first started blogging and the girl in the bedroom next to mine in Hospital did the layout and logo but then they were talking about discharging her so I realized I’d have to learn it all for myself! I think that people assume I’m good with computers since I have this popular blog but actually, I’m not all that great – I usually just make sure I know the on/off button! So when I completely redesigned I’m NOT Disordered a couple of years ago, I was so proud! On a deeper level, I’ve also learnt a lot about myself and the world around me through blogging and writing out all of my thoughts and feelings.


8.      Collaborating with inspirational organizations
I can’t even begin to name all of the organizations I’ve collaborated with so far but they were all equally special, important, and influential in their own way. I was recently asked what the secret is to my blog’s success and I said that collaborations have played a huge role in I’m NOT Disordered’s popularity because they attract two audiences – yours and the organization you’re working with. And if you work really hard with your collaboration then those people the organization has attracted might actually become regular readers. But I also told this person the importance of deciding which organization to collaborate with. You have to remember that you’re putting your name to this – your name, your reputation, everything! So, it’s essential that you do your research and ensure you agree with the organizations policies and everything they stand for.


9.      Being able to take on lots more responsibilities
Because of my mental health, I’m nowhere near ready to have a fulltime job and building on my responsibilities through my blog and collaborations, has been a good test to see what I can withstand. I really enjoyed the Richmond Fellowship ENRICH Awards because I had so many responsibilities; I was on the judging panel, ran the Richmond Fellowship Tyneside Twitter account, and co-chaired the entire event! It was an honour to be trusted with so many important roles.


10.  Allowing me the chance to travel
Since I began suffering from Non-Epileptic Seizure Disorder in October 2018, travelling had become a bit of a challenge and it’s not the most practical thing to do sometimes. But I follow my Neurologist’s advice and don’t want to put my life on hold because of the seizures, Hence my upcoming collaboration with London North Eastern Railway (LNER).