TEN THINGS I BELIEVE IN 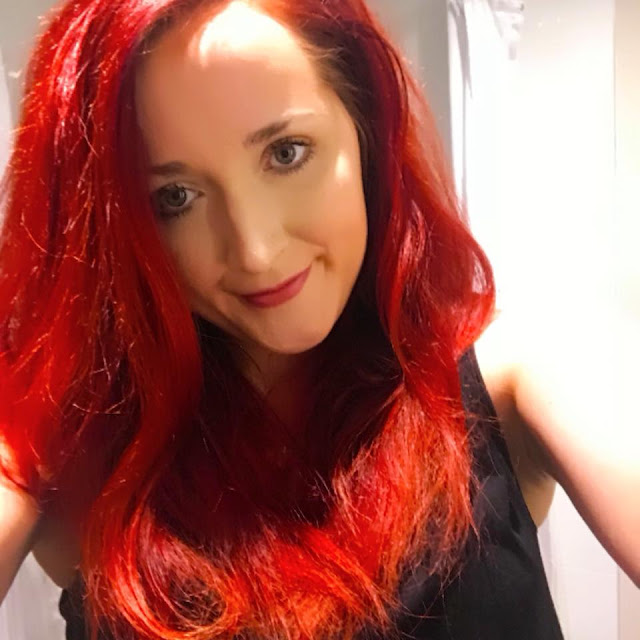 I recently had a mental health crisis and in it, a Paramedic said that they believed that in the moment I felt suicidal and they believed that so much that their job was to make sure that I didn’t take away the possibility of that feeling going away. That their job was to make sure I didn’t kill myself. I told them that the suicidal thoughts were much more powerful than the hope that those thoughts would go away.


Having such a strong belief that dying was the best option for coping with life, made me think about all of the other, very negative beliefs that I used to have. Before psychology in Hospital, I held the belief that I was destined to die young; I honestly believed that I’d been put on this earth to commit suicide. I also felt – and occasionally still feel – that I deserved what had happened to me. What had been done to me. The Psychologist, and many other professionals, told me that if I’d never say that to another person then why should I be any different? These two firm beliefs spurred on my self-harm and suicide attempts and for a while (about four years) they were all I believed in. So, I thought that it might help to talk about the positive, healthy beliefs that I now hold…


Recently I was telling someone that I’d self-harmed and was called a ‘silly girl.’ When I told the person that it wasn’t silly, she explained that she felt I was ‘too intelligent’ to do something like that as a coping strategy. Later, when I told some members of LEAPS about it, we talked about how intelligence has nothing to do with self-harm or even mental illness in general. You could be the most intelligent person in the world, and you can still have a mental illness. You could be the richest or be in love; it doesn’t matter because everyone has mental health. In the same way that we all have physical health. 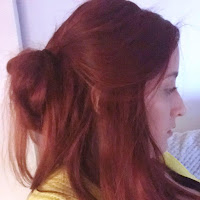 
This has been one of the hardest lessons I’ve learnt in my recovery and it’s something that I want to tell others so that they don’t feel as alone or as big a failure as I did when I learnt it. The thing with recovery in mental health is that there’s really no criteria for it; yet, professionals make it seem like you need to have no self-harmed or attempted suicide for a particular amount of time. And whilst this is a completely reasonable factor to aid in determining someone’s in recovery, it also shouldn’t be the only one. When I’ve self-harmed since leaving Hospital I’ve always questioned whether that means I can still class myself as being in recovery and I’ve come to the decision that for as long as things don’t get as bad as they were, then yes; I’m still in recovery. 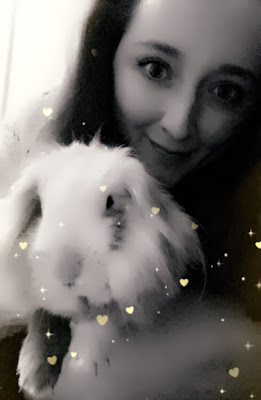 My bunny (Pixie) and kitten (Emmy) are my absolute world. They make the greatest company when I’m feeling lonely and lost. They often help deter me from self-harming when I focus on the thought of leaving them behind and them having a new owner. When I lost Dolly (my cat), I was so grateful that I still had Pixie because otherwise I said that I would’ve been out buying a fish or a hamster! I couldn’t imagine my life or my home without a pet!


The opposite of this is, sadly, a popular belief. A lot of people think that suicide is the ‘easy’ way out and that someone ‘strong’ wouldn’t take their own life. It’s difficult to talk about this point because I don’t want to say that it takes strength and bravery to self-harm or commit suicide in case that motivates readers. Instead, I want to express that rather than label the act as brave or easy and wear or strong, we should be talking about how much a person is struggling to believe that death is the only way to relief some of that.


I’ve had professionals say to me that I should take credit for my own recovery. I recognize that you can throw all the help in the world at someone and if they aren’t prepared to take it or aren’t ready to change then it won’t make a difference so it does take a lot for a person to accept help and admit that they need it. I believe it’s equally important that you recognize those people and organizations that have helped and who you might not have been able to get better without. For me, I’d give some credit to North East Ambulance Service, Cygnet Healthcare, Richmond Fellowship, Northumberland, Tyne and Wear NHS Foundation Trust, and Northumbria Police as well as a great number of individuals. It means a lot to me that in the moments when I wanted to end my life, they saw the potential for me to recover, they had faith in me, and they saved my life to allow me the opportunity to make the most of it. 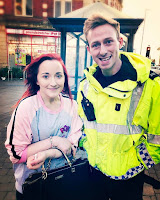 
As a sexual abuse survivor with an abuser who is yet to be found guilty, I think it helps me to really appreciate the importance of admitting you were in the wrong and apologizing for that. I guess because my abuser has never done that and that leaves me forever wondering whether if he did, it would make everything better… I mean, if the person who has hurt me the worst and most likely caused the majority of my poor mental health just recognized that, admitted to it, and apologized for it? Well maybe I could finally move on and not only that, but it would stop my constant fear that people don’t believe that it even happened. I have such a lot of respect for people who do apologize that nine times out of ten, I’ll forgive them (I may not forget but…).


7.      LEAPS have the potential to help so many more people 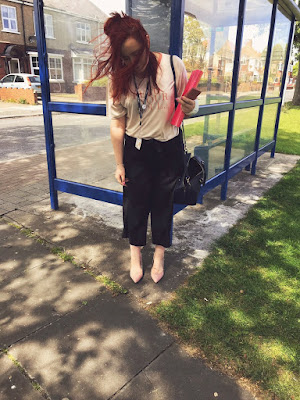 We recently had an Annual General Meeting (AGM) at the support group for people who are unemployed; Listening Ear And Positive Support (LEAPS), and I put myself forward to be Deputy Chair of the organization. I’d been an Advertising Assistant for the group for over two years and was feeling like I was no longer being challenged in my role and was growing tired of having the same (although still amazing!) responsibilities. So, I made the very hard decision to leave but over the few weeks leading up to the AGM I wracked my brains trying to think something that could happen that would change my mind. I decided that taking on another role with new - and more – responsibilities, could be just what I needed to motivate me to stay with LEAPS. When the Chair said that he’d been in his position for three years and felt it was time to hand over the reins. To me! We’re now looking for new members to add to our LEAPS family and in doing so, we have the potential to help so many more unemployed people. 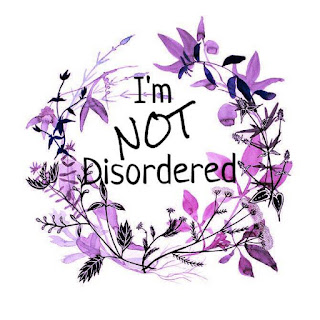 When I was admitted to Hospital, I sort of fell apart because all of my coping strategies of self-harm, restricting my diet, over-exercising, throwing myself into education, running away… they’d all been taken away from and I’d been left with nothing. As I learnt new coping skills, I began working with the Psychologist on that early death belief I talked about earlier because gaining some stability in my mental health meant that I now needed to find a new purpose in life since it was becoming clear that it wasn’t to die young. Starting to blog, immediately felt ‘right.’ I’m not saying I’m good at it, but it came naturally – my enjoyment for it. And when the incredible opportunities began to flood my emails and social media; I knew that I’m NOT Disordered was the reason I was still alive. The reason I’d been saved.


9.      People who have their self-harm scars on show, shouldn’t be shamed


Summer – or at least hot weather – is one of the hardest times of the year for people who have self-harmed. It’s a catch 22 because on the one hand you worry that there’ll be whispers about the scars or bandages, and on the other hand, you worry there’ll be whispers that you’re wearing long sleeves and leggings in hot weather. And neither is ‘better’ than the other. Neither matters less. Neither matters more. The worry of being judged for self-harming comes off the back of the dangerous stigma surrounding mental health; the stigma that has people convinced that only ‘weak’ people self-harm because a strong person has the strength to exhaust other coping strategies. A stigma that has people convinced that it takes someone ‘stupid’ to do something like that because anyone with any sense wouldn’t cope in such a way. Or even that it takes someone ‘crazy’ because any sane person wouldn’t cause harm to themselves. But a person who is so desperate for their internal pain to stop that they cause external pain, is none of those things; and they should never be made to feel that they are. After all, our scars are evidence of the battle that we have fought or are still fighting. 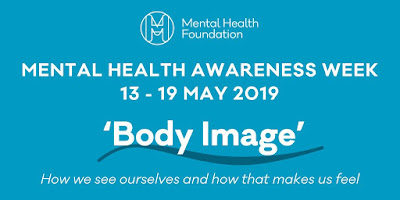 10.  Body image matters, and it shouldn’t


With Mental Health Awareness Week behind us, the hashtag has inevitably disappeared from the ‘trending’ list on Twitter and there’s a whole lot less talk about this year’s topic of body image. But if there’s something I’ve learnt from the Week; it’s been that body image affects everyone. Even those who say it isn’t important – it still has an impact; in the same way that not making a decision on something, is a decision. And it’s like in some situations where you think it unfair to have to be making a decision; body image shouldn’t matter and it shouldn’t affect people the way it has the potential to.
Labels: beliefs, LEAPS, mental health, Mental Health Awareness Week, MHAW, recovery, self-harm, stigma
SHARE:
Newer Post Older Post
Home