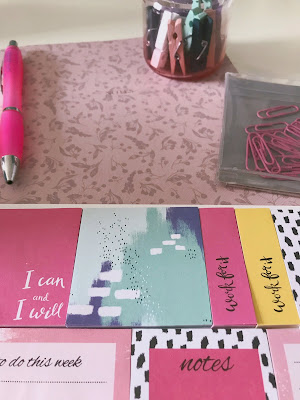 I wrote recently (here) about my thoughts on personality after beginning the Monash University course (via futurelearn.com); Introduction to Psychology: The Psychology of Personality. On completing week two of the course, I got thinking about all of the things that can impact a person’s personality. I mean, I talked in my first post about how I believe that ‘personality’ is who you are but that doesn’t mean that I think it’s ingrained in you – that it’s natural or always stable throughout all kinds of circumstances and situations. I 100% believe that your personality can be shaped by external events and how you internalize these, how they change your views on the world and the way you react in different situations. 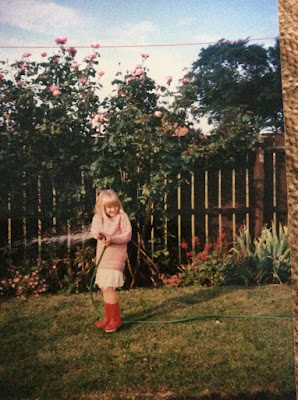 If you’ve been reading I’m NOT Disordered for a little while then this will be the most obvious of things to have chosen as an impact on my personality.  It’s been hard to accept that such a horrific event has had such a huge impact on me but over time, I’ve learnt that it’s nothing to be angry about or ashamed of.  To admit that the worst thing to happen to me has changed me, was one of the scariest things I’ve had to do in my recovery because I hated to say that he’d had such a huge influence on my life. But I learnt that it’s ok to have such a trauma impact your personality.

I wanted to illustrate that positive aspects of your life can have an impact on your personality too. My childhood (ages 0 – 15) was peaceful, reassuring and ideal – the kind of childhood I’d want my own children to have. When the abuse began, I was initially resentful at feeling like I’d been wrapped in cotton wool and was therefore immune to the fact that there were bad people in the world and that things like abuse happened. But as the anger at the entirety of the abuse diminished, I began to view my childhood as helpful because if I’d had a bad upbringing then I wouldn’t have had any happy memories to look back on during and after the abuse. So having the ability to look back and see that happiness, relief, and simplicity existed was reassuring and inspired hope in me that one day, I could get all of that positivity back.

You know when something happens and depending on which way you look at it, you could be grateful for it or you could be resentful of it? When my Nana passed away, I was a sectioned inpatient at my local psychiatric hospital which meant that I had 24/7 support around me. It also meant that I didn’t get to say goodbye. I was already sectioned when my Nana was admitted to Intensive Care so my Mum and Uncle came to pick me up to go and see her and I remember we got in my Uncle’s car and they told me she’d already passed away. My Nana had been the glue to the family – whenever there was a disagreement, she’d be the one to smooth the waters. 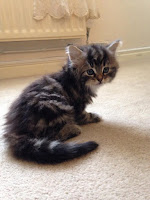 Losing my four-year-old cat; Dolly, hit me really hard. It obviously didn’t help that I was already in the middle of a relapse in my mental health because it meant that I was even more vulnerable to struggling if something horrific happened. For a while, though, I looked at it from the perspective that Dolly wouldn’t want me to continue to self-harm and I used that thought as motivation to co-operate with professionals and take my medication to pull myself out of the relapse.

Each of my best friends bring something special to my life. They each teach me something different. Each show me a different side of the world.

Human instinct tells us to stay alive and to do everything we can to do that. So, to hurt your own body or to try to end that life? Well it doesn’t come easy and anyone who thinks otherwise doesn’t have a clue! Some days I look at my scars and I wish that I had never started to self-harm and other days – better days - I look at them and I think ‘it felt like the only way at the time and now they’re just a reminder of the battles I’ve faced.’ 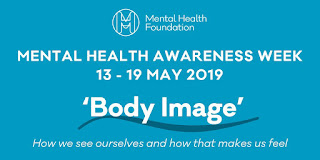 Working on my series of blog posts for Mental Health Awareness Week has me thinking about body image, with it being the topic this year so it seemed inevitable that it would crop up in this blog post. During the abuse, and for a while after it, I was underweight. At one point, I was told that the only thing stopping me being diagnosed with Anorexia was that I was still having my menstrual cycle. So, when I was finally put on a ton of medication in hospital and gained weight, I really struggled. And the thing is, even when you have a confident, positive body image day, there’s something in the media telling you there’s something wrong with you.

Of course, the greatest achievement in my life (I’m NOT Disordered) has had an impact on who I am! Blogging has given me a purpose in life; it’s made me believe that maybe this is why I’m here – to write I’m NOT Disordered and potentially help others in doing so. And I am so lucky to have discovered something that I enjoy doing as much as I do blogging.

I haven’t always had the greatest relationship with education; the abuse started during my GCSE’s and my mental health began to deteriorate during my A Levels. It’s meant that I’ve not had the most positive memories to associate to education, so I just don’t think I’m the academic kind of person who can sit through full days of lectures and workshops. That doesn’t mean I don’t recognize the colossal benefits it can have on a person’s life though, which is why Future Learn is the perfect fit for me!

Because both love and heartbreak can shape you.