I’m very proud to be able to say that I’m collaborating with London North Eastern Railway (LNER) on a series of posts in the run-up to a complimentary first-class trip on June 15th.

I wanted to chat a bit about what travelling means for me, how it has impacted my life and my mental health, and how it can be beneficial for you!


I was born in Dorset but moved to the North East before I turned one and once my Mum and I were up here, we only moved to a new house twice – I lived in the final home for almost twenty years before being admitted to the Hospital in Bradford.


I only went on a handful of holidays growing up, and my Aunt had moved to Dubai, so we were fortunate enough to be able to visit her a few times and my Mum and I went to Spain once with one of my friend’s and her Mum. I think that one of my only – and definitely my favourite – memories from my holidays was when we swam with Dolphins in Dubai! Travelling made me happy. 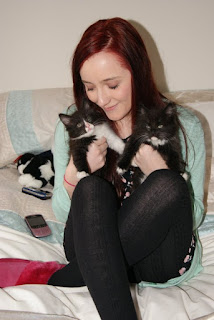 So, from where I stand; – or sit because I’m typing this on my bed(!) – it’s kind of reasonable for me to have turned to travelling when my mental health first deteriorated. I don’t think my fascination with travelling was really cemented until I moved to my Dad’s home in Dorset in 2011. At first, it was brilliant! I did all the sensible things in notifying mental health services back in Northumberland and then I started to make myself a new life. I enrolled at a local College, I got myself a weekend job at the local Primark and my Dad bought me two kittens in an attempt to replace the cat I’d grown up with at my Mum’s. Of course, mental health doesn’t just stay in one postcode or town. It follows you everywhere! So, when my Step-Mum said she couldn’t deal with having me live there permanently and my Dad told me I’d have to leave, my reaction was to overdose on my anti-depressant medication. I became tachycardia (had a fast heart rate) and collapsed. In Hospital, I was sectioned under the Mental Health Act and taken to a psychiatric hospital for a few days before being discharged to go and collect my suitcase from my Dad’s. It was thrown at me and I was taken to a hotel near the airport to catch a flight the following day; my Mum said that when I called her from the hotel room, I was hysterical.

Even though it ended on a ridiculously bad note, those days when everything was going right, and everything was feeling right. My life was my definition of perfect. The happiness of being somewhere that no one knew me was addictive, so I spent the next year desperately searching for that happiness again by travelling all over the country. I wanted a new environment where I didn’t feel like people were constantly thinking ‘her again.’


Each place was different yet the same. I overdosed in every single place and was treat differently by professionals in every single place. Sometimes, I was sectioned under the Mental Health Act and occasionally, I was called a liar and an attention seeker! I literally didn’t know whether I was coming or going. Everything was unpredictable; I didn’t know where I was going to go until I got to the train station, I didn’t know whether I was going to overdose until I started swallowing the tablets, I didn’t know how I was going to be treat until I was confronted by Police in their shiny boots and Doctors in their white coats. I had made my life so unstable and so completely chaotic that I didn’t have time to ask for help or even to allow anyone to help me. 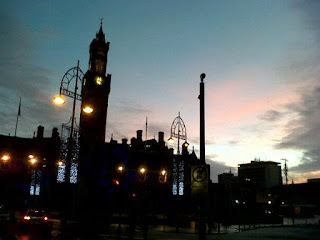 I thought that travelling gave me courage because I looked on it as me fighting for the opportunity to change my life. Fighting for happiness and change. But actually, travelling was becoming dangerous. I was travelling away from the safety of being near my loved ones and from having professionals who knew what worked and what didn’t work for me (even though they occasionally got those confused with one another!). By the time I was admitted to Cygnet Hospital Bierley near Bradford (over 100 miles from home) in June 2012, I had no optimism that the admission was going to help. I now associated travelling and being in new places as negative. I saw them as being an opportunity to self-harm or overdose without being judged by the people who – I thought – were no doubt sick of stitching me up and treating me for overdoses.


Travelling after Cygnet, when I was in recovery, was challenging at first because my immediate feeling was of flashbacks to all of the terrible things that had happened in the place I was travelling to. Being in recovery, though, meant that I had begun to think more positively and that meant that I looked at travelling as the opportunity to replace those negative memories with new, more positive experiences in those towns and cities. It became my mission! 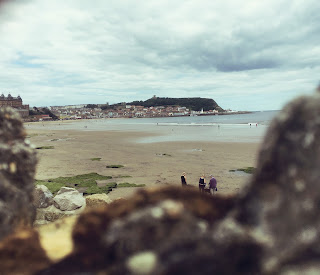 I think that my greatest achievement came with Scarborough! I replaced my memories of being chased through the town center by the Police with memories of first-class train journeys, visits to tourist spots and general happiness, laughter, love, safety, and good health. My visit was so incredibly positive that Scarborough became my bolt hole (which I wrote about here)! 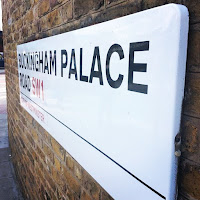 Another of my favourite places to visit is London! At one point I was travelling there so often for I’m NOT Disordered related opportunities that I was considering moving there but then I was round the corner from a terrorist scare (the one where they found a manwith a ton of knives in his backpack at Westminster) and that put me off making the big move. I still enjoy visiting the very busy, vibrant capital city and mostly enjoy the shopping opportunities(!) and the idea of being somewhere so full of people that you and your problems don’t actually matter all that much.

Since my seizure disorder began in October 2018, I’ve struggled with travelling in that I always feel anxious at the thought of being in the middle of nowhere on public transport and having a seizure. Fortunately, the LNER staff – and I’m not being paid to say this! – have been excellent on the two occasions when this has happened and have kept me safe and seen me through the seizures. I’m determined not to let my seizures stop me from travelling; after it became such a negative activity with my mental health, I’m convinced that it won’t continue that way because of my physical health.