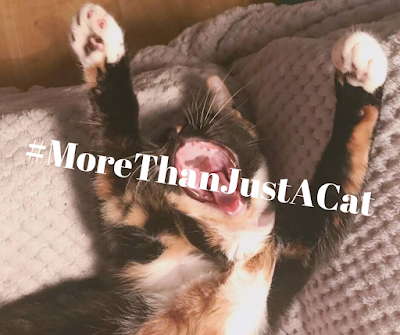 I’d have thought that even if you’re a ‘new’ reader to I’m NOT Disordered, you can easily see that I’m a cat person! I mean, I regularly talk about the cats that have – and continue to – play a huge part in my life; the cat I grew up with for twelve years – Saffy, the cat that was my recovery goal - Dolly, and the latest addition to the home – Emmy! Each cat has meant something different to me and has subsequently had a different impact on my life.


To fit in with Cats Protection’s new campaign; More Than Just A Cat, I thought I’d take the opportunity to talk about what an impact your pet’s ill health can have on your own mental health. There’s so many people out there who begin sentences with ‘I know it sounds silly but…’ and I think having your pet’s health impact your own is one of those things whether individuals are afraid to talk about it because they worry that it sounds ‘silly.’ But if everyone just spoke up about it then maybe we’d all realize that there’s a lot of us out there feeling this way. 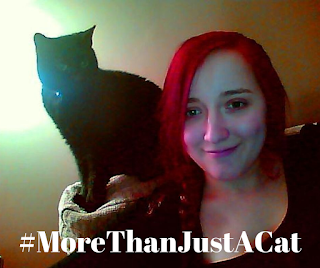 The first cat we had, Saffy, ended up being such good company during the abuse. Being threatened and developing the belief and conviction that no one would believe me and that even if they did, they’d think I’d deserved it, meant that Saffy was the only one I could talk to. The only one I could be my true self around. I could cry and I could panic at the thought that it was never going to end. I could tell her what he was doing, what he was saying and that I was considering that the only way of putting a stop to the abuse would be if I committed suicide. I honestly think that if I hadn’t had that small release, that outlet – regardless that it was a cat – I might not have made it.

So, when – at the grand old age of twelve – Saffy started having trouble breathing I was heartbroken beyond words. The fact that I’d just been in hospital for over two years, was living in my own home, and had my own cat (Dolly) provided very little comfort because I could never forget what a rock she’d been for me. She would forever be that important to me and when the Vet said that there was nothing more that they could do for her, my Mum and I were knocked off our feet. Saffy had been my Mum’s greatest companion whilst I’d been in hospital over 100 miles from home so the thought of life without her was a lonely and scary one but we both looked on it as that she’d seen us both through our hardships and now she could be at peace. One thing that the Vet said to us that I’ll always cling onto as reassurance was that usually, the type of tumor Saffy had was only ever caught when the pet was starting to show signs of pain. But, being the amazing cat Mum’s that my Mum and I are, we’d picked up on it before she’d experienced any pain.


I’d become so accustomed to reacting to challenging times in my life by self-harming or attempting suicide that I think all of the professionals involved in my life at that time, were worried that’s what was going to happen. So, in order to keep myself safe, I had to hold onto the knowledge that Saffy hadn’t been in pain, the fact that I now had another cat to keep healthy, and the need to support my Mum through the loss. 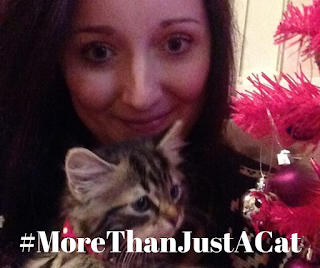 After about a year in the psychiatric hospital, my Mum came up with the brilliant idea of buying a kitten collar to serve as a constant, physical, reminder of my recovery goal and the reason why I needed to work my butt off through trauma therapy and Dialectical Behaviour Therapy (DBT). Having that pink and white spotty collar hand from a photo frame (the staff removed the glass) of Saffy and I, helped me to stay focused when I was struggling or had a particularly tough therapy session and it ended up meaning so much more when it was finally around Dolly’s neck! It sounds terrible but I was in hospital for so long that I think a part of me became institutionalized because if pets had been allowed, I would have had a whole lot less motivation to be discharged.


Finally moving into my own home, I got Dolly within a week and she continued to help my mental health because with her being a Maine Coon, it meant she was really fluffy and if I thought I was about to disassociate or was struggling with the intense anger that the abuse has still left in me, I would stroke her fur. It helped bring me back to reality and calm me down. Where I was disassociating or hallucinating, the feel of Dolly’s fur would remind me that none of it was real. Being with Dolly was also calming for all of the times when I wanted to scream at CPS that he was guilty and would cry with frustration purely at the fact that the entire thing had happened!


In the Summer of 2018, I began experiencing a new auditory hallucination and stopped taking my psychiatric medication. Within weeks of stopping it, I felt as though I was back to square one and was regularly self-harming and feeling suicidal. I hate to admit it but I can’t even remember what Dolly’s first symptoms were in the October that resulted in her being hospitalized at the vets; but I guess that’s how unwell I was… Dolly was in the Intensive Care Unit for about a week before the vets finally said that there was nothing more they could and she should come home to spend her last moments in the best environment for her. She was barely home twenty-four hours and I had to take her back. The vet said they could either try one more treatment which would mean putting her through a sedation and the stress of being in there but there was no guarantee it would work. So, we decided to let her go. I knew that I would always wonder what if we’d tried that last treatment and it had worked but I was more concerned about wanting her last day to have been at home. The vet explained that after he’d give the injection it would take about five minutes for her to go but he hadn’t even finished pushing the syringe in and she left us. He said that should be some sort of reassurance that we’d done the right thing because it meant that she’d been that close to passing away anyway. I’ve always held onto that.


You know, unfortunately, a lot of people have to make the decision to have their pets put to sleep and many of those people say it was the hardest decision and yes, it definitely was hard; but I also knew that it was the right thing to do. 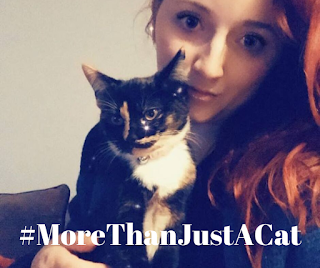 An equally right decision to make was to get my little Emmy so soon after losing Dolly. So many people thought it was too soon, but I knew that my home wasn’t the same without having a cat in it! Adopting Emmy was the first time I hadn’t ‘shopped’ for my pet and it feels so much more rewarding to think that you’ve saved a cat’s life and have the opportunity to make up for all of the hardships it’s gone through. Emmy was found wandering the streets at only a few weeks old and being able to give her a loving, caring, home that is full to the brim of generosity and kindness is so heartwarming and reassuring.

I realize that this post is in support of the Cats Protection campaign, but it’d be unfair not to mention my house bunny; Pixie! After getting Dolly in 2014, I was wrong to have thought that our home was complete because after three years together, I met Pixie! The visual hallucinations had started to come back and I desperately needed the chance to feel a real rabbit and recognize the difference between them and the hallucinations which were out of focus and slightly blurred. Holding Pixie and crying, I found the courage to tell my Mum that the hallucinations were back, and it led to the ability to get the right help and professional support.


That she had made a huge difference to me before I had even decided whether or not to buy her was all I needed to help me make the decision and the following day, Pixie was mine! Unfortunately, she’s recently had some problems with her gut and having her be poorly has impacted my mental health in that it has been quite triggering and has stirred up memories around the loss of both Saffy and Dolly because I hate the thought of her being in pain and of losing her.


Sometimes I feel quite bad that I benefit so much from my pets, because I worry that I could never match that in my return care of them. So, I try to make sure that they get that – and more – back from me. I show them all of the love and care that I hold in my body and I truly know what unconditional love is now that I have pets.