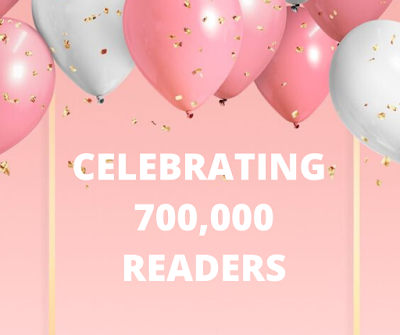 “If you have a dream, don’t just sit there. Gather courage to believe that you can succeed and leave no stone unturned to make it a reality”

I’ll never be one of those Bloggers who can say that I always had confidence in my blog to take off and become as popular and successful as it has, but not because I don’t have faith in, I’m NOT Disordered. It’s more that I didn’t have too much faith in myself and my own capabilities and skills as a Blogger. I’ve never been a fan of blowing my own trumpet because I’ve always worried that I’d come across as full of myself or self-involved; but since starting I’m NOT Disordered in 2013 I’ve developed an understanding that it’s all about your motivation for blowing that trumpet! If you’re doing it for the attention or to boost your own confidence then maybe it’ll come across as selfish, but where it’s about being passionate and enjoying something, it should be seen as an effort to raise awareness of what you are so excited about. I mean, when I’ve been asked to give talks and presentations about my own mental health journey I’ve been stuck for words and have felt nervous and reluctant; but when it’s been more about talking all things blogging? Well, just try and shut me up!


I think that in the beginning of I’m NOT Disordered, my intentions for it were a large part of the doubt because really the only reason I started blogging was to give myself an outlet whilst I was a psychiatric inpatient over 100 miles away from home. Being on a ward where the staff specialized in Personality Disorders and all of the other inpatients had the same diagnosis just with a different plethora of symptoms, was so overwhelming and it resulted in endless drama that I struggled to voice my frustration over. I may have had staff and other inpatients just down the corridor 24/7, but I had spent twenty-one years living with my Mum and being surrounded by my best-friends and now I was so far away from everyone I knew and loved that I felt so completely alone. Of course, I eventually bonded with some of the staff and the other girls on the ward, but that wasn’t’ the same as having people around me who really knew me – who knew who I had been before my mental health became poorly.

With all of the inpatients having the same diagnosis, there were so many clashes and arguments that may have been between two people, but which really affected the entire ward’s atmosphere and everyone else’s mental health. The staff were sometimes a part of this drama; they would occasionally trigger thoughts and feelings in one of the girls or make decisions that not everyone agreed with and because we were all in such an intense, confined space (it was a secure Hospital so the doors were locked and you needed special permission to leave the ward) it was hard to see the bigger picture. It was difficult to see that sometimes a person’s actions and comments wouldn’t be such a huge deal in the ‘real world’ and wouldn’t have the same impact on you if you had been able to just leave the situation and avoid the drama. Feeling that I had such little choice in my involvement in these dramas, was hard and when my Key Nurse and I decided that I was ready to begin talking more about the abuse I’d gone through when I was 15, I decided that I needed a sounding-off board. Somewhere that I could voice everything I was thinking and feeling with no fear of having my leave off the ward taken away from me or of starting an argument with someone who disagreed or couldn’t empathize properly.

So that was my motivation in starting to blog, my plan for I’m NOT Disordered was to share it’s links just to my Facebook where my ‘friends’ are people that I actually know and not random strangers who have happened across my account because we have things in common. I wanted for my blog to provide my friends and family with an insight into what I was going through all that distance from home. I had kept my mental health problems a secret until my admission to the hospital and I only announced it on Facebook because the admission was set to be ‘long-term’ and the hospital’s website warns that admissions typically last 12-18 months, and I realized that I wouldn’t be able to lie about where I was for that long! The response I got when I posted that status, though, was so heartwarming and reassuring that I had very little nerves when I decided to share my blog; but I definitely began experiencing those nerves when the number of readers began to climb… I can’t remember making a conscious decision to share my blog on Twitter (where my followers do include random strangers!) but I think that doing so, and word-of-mouth through my Facebook, were what began rolling the snowball that picked up speed and soon became 700,000! I actually still remember reaching my first 100 readers and when my scream from excitement resulted in the staff running down the corridor thinking that I was self-harming or hallucinating, or God knows what!

Second to my thoughts that my audience would remain small and confined to my Facebook ‘friends,’ I also believed that I wouldn’t maintain I’m NOT Disordered for very long. I definitely couldn’t have ever imagined that it would still be going seven years later! I honestly thought that it would be something I would do occasionally, in the evenings when we (the inpatients) were allowed time on our laptops! And these thoughts left me doubting that my blog would amount to anything special…

After all that I’ve gone through, ‘admitting defeat’ and ‘giving up’ is a tricky subject; I think because I can now recognize that everyone has their limits and their boundaries, and no one should be judged when they’re deemed to have a lower threshold than others. It’s like when Doctors and Nurses ask you in hospital to score your pain out of ten but someone’s ‘nine’ might be the equivalent of a headache that someone else might rate a ‘four!’ I think it should be the same in mental health; if two people are abused and one goes on to live a full and healthy life and the other commits suicide; that second person shouldn’t be seen as weak. We should all be seen as individuals and our own trials and traumas respected and not belittled.

For me, learning that thoughts and feelings pass has been one of the greatest lessons in my mental health because a huge reason for me self-harming and attempting suicide was losing hope that things could ever improve. I think that I can now persevere with some emotions that would have previously driven me to unsafe coping mechanisms, and this has rubbed off onto my blogging… I’m so much more committed to seeing things through that I use this on I’m NOT Disordered by pushing through challenges that the blog throws my way. I’ve persevered through spiteful comments and letdowns around opportunities and collaborations.

Until I started blogging, I had never really felt passionate about anything; I’d enjoyed things and had hobbies… but when I think of my passion for, I’m NOT Disordered; I had nothing compared to that. I enjoyed horse riding all through my childhood, but I don’t remember ever thinking ‘this is what I want to do for the rest of my life!’ I also flitted between careers when considering my education in preparation for a dream job, I went from fashion to law, to wanting to work in childcare!

Being passionate about blogging was a pretty immediate feeling! I’d always enjoyed writing so realizing that I could do this, and that it could help myself and others?! Well, that was the greatest feeling! In blogging, I honestly feel as though I’ve found my calling in life; found a reason why my suicide attempts have failed. Of course, that doesn’t mean that I don’t still feel suicidal occasionally, it’s just that blogging gives me one reason not to act on it. Sometimes I worry that this sounds superficial, but I’m a firm believer that if someone develops a reason to stay alive then no one has the right to take that away from them.
Labels: advice, celebrating, doubt, mental health, passion, readers, support, tips
SHARE:
Newer Post Older Post
Home