Just over two years ago my fluffy Maine Coon cat; Dolly, was put to sleep and my lop-eared, Lionhead bunny; Pixie, and I quickly realised that we needed a third member for our family to feel whole. Losing Dolly definitely bonded Pixie because I felt that she was the only one to really understand what it meant to go through that loss. But Pixie was missing having a friend, she would follow me everywhere and was constantly wanting cuddles. And I missed having a cat in my life because I’d had at least one for over ten years (there’d been a family cat while I was living with my Mum)!

So, within a week of losing Dolly, I began looking for a new addition to the family and my Mum came across Emmy (known as Jennifer at the Adoption Centre) on Facebook! Seeing her photo, I had the exact same instinct I’d had with Dolly in that I was absolutely certain that she was meant to be a part of our family. And seeing her very unique markings, I felt a sort of kinship to her because I’ve always felt that my mental health and experiences have made me different and have left me feeling very aware of that. So I felt some sort of empathy for Emmy and immediately decided to visit Willows Cat Adoption Centre… here’s a video of our first meeting:

Bringing Emmy home (you can read the introductory post here), I wasn’t in the least bit nervous to introduce her to Pixie because I’d gotten Pixie after Dolly so she’d been brought up having a cat around and – as the Vet says – she’s so placid and complacent that a new cat wouldn’t make her nervous, anxious, or reluctant to make friends! And Emmy was only young so I was fairly confident that would help her adapt to having a bunny around! And I was right! The two are best friends now! Emmy used to be terrified to go outside, but as soon as she saw Pixie go out, she followed and has slowly gained some bravery to like to venture further than the back-garden! Emmy also likes to sit on top of Pixie and wash her; and Pixie – being so placid – just sits there and lets her!

I literally can’t put into words just how much their relationship means to me and how happy they make me… what I will say though, is that when I’m struggling with my mental health, the thought of them being separated and rehomed is an immense motivation to fight thoughts to self-harm or attempt suicide. And when my medication was stopped, almost every time I went into the bathroom to self-harm or to cry for hours on end, Emmy would be sat right outside the door when I was ready to come out!

To celebrate Emmy being a part of our family for two years, I’ve picked out some of my favourite photos from the past year (you can read about her first year with us here): 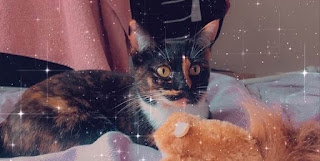 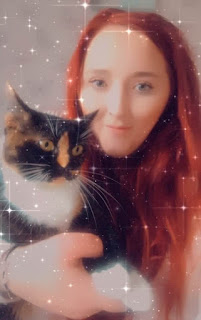 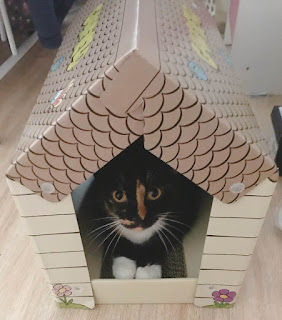 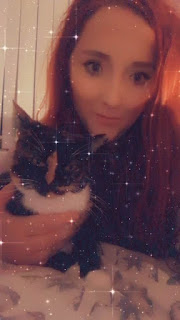 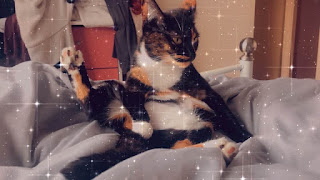 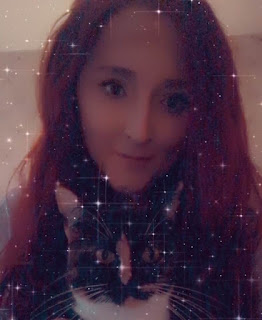 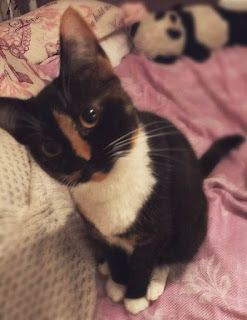 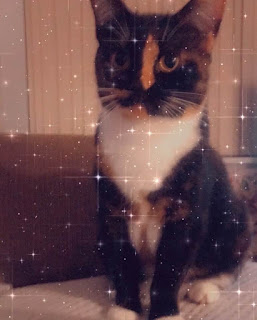 The final photo is of Emmy and one my best-friends who passed away last week: 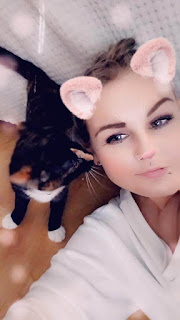 I’d also like to use this post as an opportunity to announce that I’ve designed a Christmas range of pet bandanas with Bandana Bowtique – photos of the designs and their official launch will come in December!

If you’d like to buy your furry best friend one of their products now, you can use the code IMNOTDISORDERED for 15% off!

And finally – to wrap up – here’s a video of Emmy when I finally found out why my cotton buds kept ending up all over the floor: