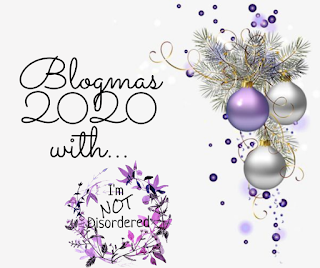 Hello and welcome to the very first post of Blogmas 2020 with I’m NOT Disordered!

When I first started blogging in 2013, it wasn’t that I didn’t think I’m NOT Disordered had the potential to be what it is today, it was just that I hadn’t considered making it into that! My initial intention with my blog was firstly, to provide myself with a place to vent about the drama of a psychiatric inpatient ward, and to process my thoughts as I began recovering from Borderline Personality Disorder. And secondly, I hoped that in writing about my experiences, my family and friends (my target audience) would gain better insight into what I was going through in the hospital I was in over 100 miles away from them.

As my blogs popularity grew (and to this day, I can’t believe it’s on its way to one million readers!), my intentions for it and my feelings around blogging grew into something a lot more meaningful. It was no longer something I did in my free time in hospital when we were allowed our laptops on an evening! Blogging has become my life and I put so much importance onto I’m NOT Disordered. As things evolved, I looked for inspiration in other Bloggers and discovered Zoe Sugg from Zoella, and Victoria Magrath from inthefrow; which probably sounds strange because they were both fashion and beauty bloggers! I think it was more about their work ethic and general achievements that stuck out for me though. I mean, I watched Zoe gain followers and saw her happiness and how proud she was of how much others appreciated what she had created. Even as she made so much money and released a beauty range and homeware, she was still humble and has never forgotten her roots and that her blog/brand had started from basically nothing, in her bedroom at her family home. And Victoria’s blog has also grown from very little but how hard she works – how dedicated she is, (I think) makes her success completely deserving! I’ve watched her collaborations grow too, from small high street retailers to huge, luxury brands. 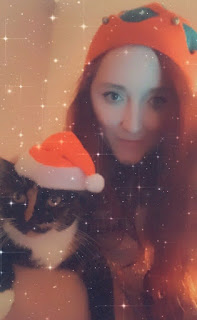 I remember seeing her announce a new collaboration with a major fashion company and I thought ‘what would be the mental health equivalent of that?’ Because as much as I love fashion, it’s not my forte in terms of having a writing subject. I feel that there’s no point even branching into it because there are so many Bloggers out there who do it so well that my work would get lost in the masses. It wouldn’t stand out. And it probably wouldn’t mean as much to me. So I tried to think of organizations who I’d like to work with, ones who I could relate – even in some absurd, far-fetched way – to mental health and I started working my ass off to be worthy and deserving of collaborations with all the organizations I thought of.

Another inspiration from Zoe and Victoria though, was Christmas content. Both are probably predominately YouTubers rather than Bloggers and so they have mostly produced their Christmassy content on there in the form of Vlogmas – where you film a vlog (video blog) from December 1st until Christmas. I remember Zoe’s first Vlogmas in 2013 (you can watch it here) and then I saw her content improve and become more creative so that by the time Vlogmas 2015 rolled around, she had a whole animation introduction set up and everything (you can see it here)! 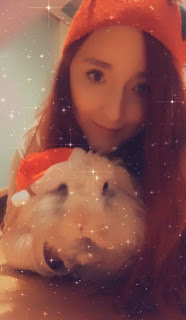 I think that the main lesson I’ve learnt from these two incredible Bloggers, has been to always work on bettering yourself and the work you produce – enjoy your successes but don’t rest back on your laurels. And in thinking like that, I decided to start producing Blogmas content in 2015 in the form of a Christmassy Q&A when I took the questions Zoe asked her Brother, and asked a variety of people to answer. But comparing my work to that of Zoe and Victoria meant that my first attempt at Blogmas felt really inadequate and useless and sadly, I lost a lot of confidence and didn’t make another attempt until I had rebuilt some of that in 2017 when I asked a number of different people the same questions. And I think that the popularity that year really made me, and I’m NOT Disordered in terms of Christmassy themed content! Like, I felt that it really opened my eyes to see the interest in that kind of content and for 2018, I decided to take a gamble and let my imagination go a little bit with my ’12 Cats of Christmas’ series. On each of the 12 days leading up to Christmas I did a little cat themed Q&A with a cat owner and included pictures of their fluffy friend. I hoped that the series would raise awareness of what a huge commitment it is to get a cat at a time when so many people are giving them to others as ‘gifts.’ For the series, I remembered the collaborations Zoe and Victoria secure and I approached my local Cats Protection Tyneside Adoption Centre who amazingly agreed to the partnership! The fun I had, and the enjoyment I got from the collaboration really motivated me to brainstorm for December 2019 and take a chance in running my very first competition! I somehow managed to get a number of Etsy companies to agree to gifting me two of their products; one for me to review and one for some lucky person to win!

The success of the competition and a few other reasons (which you can read about here) meant that I started brainstorming (with the LEAPS Social Media Manager) this year’s Blogmas back in September! And I really, really, really hope that the amount of effort/time I’ve put into this series shines through!

The plan this year?

This year, there’ll be a blog post every day around the theme of recommendation. I think it was difficult to think of a theme or mutual topic for the posts because there’s so much uncertainty with the Coronavirus and UK lockdown that some topics/themes just wouldn’t be possible. So, I’ve chosen twenty-three subjects to provide recommendations and advice on. I’ll be talking about what these things mean to me, and what I’ve found useful or beneficial to my mental health in each of them. Some posts will be in collaboration with an amazing organization so get excited about those! Then, on Christmas Day, there’ll be a short round-up of my favourite parts of each post.

I really, really hope you enjoy this year’s Blogmas and wish you all a very merry December!