TALKING TO CHILDREN ABOUT MENTAL HEALTH

“We are all a little weird and, life’s a little weird, and when we find someone whose weirdness is compatible with ours, we join up with them and fall into mutual weirdness and call it love.” 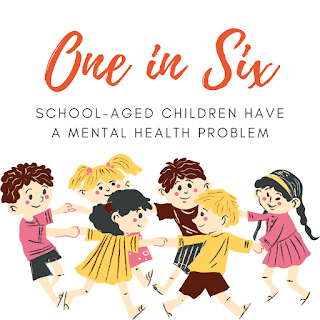 In 2007, a very small and seemingly insignificant thing happened when I arrived at my History class late and the only spare seat was the one beside Ellie (a fellow new girl to the School, but one who hadn’t seemed to join a friendship group). So, I took the seat; and we talked. And fourteen years later – she is the mum of three – almost four – of my godchildren and we might have hundreds of miles between us, but we’re still as connected as ever!


So, this blog post has come about because today is my eldest Godson (Jonas) Eleventh Birthday, but the actual inspiration comes from a little conversation with him when I visited Ellie and the children last year (there’s a blog post about my visit here)… We had all been at a little farm in the middle of Edinburgh and Jonas had tripped and scuffed his knee; so later, when we were walking to the car…

Me: is your knee ok now?

Jonas: yeah, because do you know what the worst pain is Aimee?

No number of words will ever explain or give full appreciation to just how surprised, impressed, and encouraged I was when he said that…

How ignorant comments when I was younger affected my mental health:

I think it’s pretty widely recognised that children and young people are very easily led and dramatically impressionable so when I was younger and passing our local psychiatric hospital in a car and was told that was where ‘crazy’ people ‘went’ when they could hear voices…. Well, I didn’t recognise that it was ignorant or stigmatised, and so it meant that the idea of a psychiatric hospital was suddenly terrifying. This fear resulted in my not telling anyone when I began experiencing auditory hallucinations. I thought it meant that I really was ‘crazy’ and I panicked that telling someone would result in me actually being hauled off to the hospital and locked up forever. 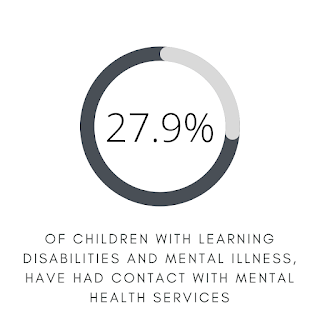 Ironically, not speaking up and getting help for the hallucinations when they first began, massively contributed to the fact that everyone only found out about the voices because I was sectioned under the Mental Health Act and admitted to a psychiatric hospital! Being on ward, I noticed other inpatients seemingly talking to themselves or talking to one another about the voices they could hear, and I noticed something… I was the youngest person there and so I felt this sudden epiphany that if I didn’t get help now, there was a very real possibility that I would end up still in hospital when I reached the age of the other inpatients.

This recognition motivated me to finally tell a member of staff that I had started hearing voices almost two weeks ago and that it was their commands which led to the suicide attempt that had given reason for me to be sectioned. Initially, I got a very encouraging response because it provided the Psychiatrist and ward staff with a better understanding of what was happening for me, and that meant they were better positioned in helping and supporting me.

Tips for Talking to Children About Mental Health

Find a balance in your language

I think it's fair to say that it's almost natural for a person's voice and language to completely change when you're talking to a child. I mean, for me, the pitch of my voice goes up a few notches, I start enunciating words more carefully, and I speak in more simplistic sentences. I think a huge reason why we do this, is that we assume - and it's very fair that we do - that children aren't capable of really understanding or communicating in any way other than clear and simple.

So, whilst it's important that their intellectual status is acknowledged, it's equally right that you resist any inclination to simplify a chat about mental health in a way which robs it of its importance and the gravity of its impact.

huge risk when talking to a child about mental health is that you end up saying something with little to no real knowledge or understanding. It can be all too easy to experience a level of pressure when you're asked a question which you don't know the answer to, but where there's the belief that you really should know it. Sometimes this pressure can lead you to attempting to bluff your way through it and desperately pull answers from your hat like a magician!

In some situations, this can be acceptable or even funny(!), but where the conversation/question is around mental health - and particularly where it involves children - it's so important that you have a concrete, validated answer. Even if that answer is a truthful "I'm not sure, but I'll find out." It's just so important that you don't tell a child that there's help or support out there without having the names and contact information for those organisations, and you really shouldn't give advice which contradicts that of professionals. 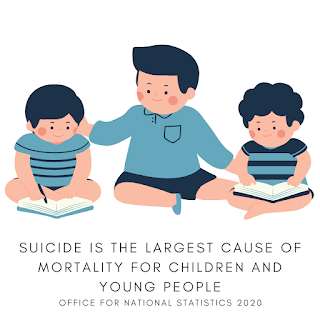 t's mostly common for children to be more creative and imaginative in their means of communication (regardless of whether the theme is mental health), so adopting an approach to talking about mental health in a way which the child can identify with or really participate in, can make the chat so much more useful. Actually engaging the child in the conversation can mean that they're more eager to talk again and that they trust any advice or support you offer them. And with mental health being a generally difficult and overwhelming subject to discuss, using creativity can really enable it to be more approachable, encouraging, and less intense.

Children - and people in general! - are constantly learning as they grown, and it's important that in the face of all those new and potentially intimidating things, you harness a level of consistency which could be as equally vital in the child's journey.

Having a sense of stability can be fundamental in a child developing a 'safe place' and a support network of the people who provide the most firm and concrete presence in their life. Having someone who they know will be there for them who is trustworthy and without judgment, can be a pivotal factor in a child talking about their mental health. This is because often, mental health can feel really unpredictable, uncertain, and uncontrollable so we (people in general) desperately reach out trying to clutch at whatever we can as a means of support. Like being in the sea and the waves are crashing in on you and you spot a life-vest...

A commonly accepted fact about children - whether they're your own children or not! - is that they can be really easily influenced and will therefore greatly benefit from positive, healthy encouragement. It's important to remember though, as discussed around your language, there's a need for that encouragement to be clear, simple, and matter of fact.

I think that the most important encouragement you can give to a child when it comes to mental health, is that of promoting they seek help and support. As a child, it can be really difficult and confusing to determine or decide who you should speak to and about what; so having the clear and encouraging message that there's so many people available to them, can be really calming and helpful. It's reassuring for the child to hear that there are a ton of people who actually want to help them and who are there to listen and support them. and who care about their wellbeing. In encouraging them to speak with others, it can also become a great motivation to talk more about their mental health in general. In doing this, the child might become more capable of talking about their thoughts and feelings in a more articulate way.

It's important to find a balance where bravery is concerned when talking to a child about mental health. You have to consider allowing child to see that different emotions - especially difficult ones - are ok to experience. That they can be normal and part of life. At the same time though, it can be appropriate and even necessary to exercise restriction around the level of negative thoughts and emotions you exhibit in the presence of children. Not only could your experiences be distressing and upsetting for the child to witness, there's the risk that the child will see that side of mental health as 'the norm' and be unsure as to whether to even get help if they feel that way themselves. 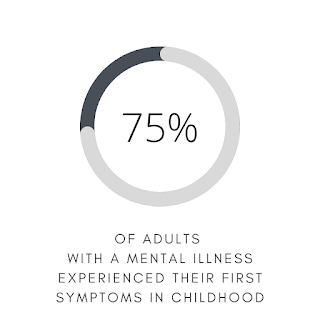 Aside from your own sadness and upset, seeing your child - or a child you know - struggling with theirs, it can be a very scary and uncertain time. This particularly accompanies a feeling that you're incapable of helping the child. That you feel out of your depth. That you have never been in a similar situation before so you're thinking on your feet. It can be upsetting to realise, recognise, and accept, that you aren't the best person to help your child - that you actually need help. Need someone to guide you in ways to support you child's mental health.

I think that a contributing factor to the fear around a child's mental health is that we - as grown-ups - know all the scary statistics on suicide rates and the number of self-harm related hospitalisations. We know the way things could potentially go, and so we are more cautious and fearful and determined not to let their child join those saddening numbers.

Through your encouragement to speak about mental health, you might find you have many opportunities to teach children more about mental health. This can include telling them the names of different emotions and helping them establish which they're experiencing. In doing that, you'll have the chance to explain to them the benefits of these emotions - teaching them that yes, they might be upsetting or difficult to cope with, but good can come from them. Feeling anxious about something and then doing it, can lead to a sense of bravery. Feeling sad can encourage them to do something exciting.

The ideal hope with providing this knowledge, is that children will become more capable of talking about mental health and less afraid as to what it all means. Then there's a chance that this will ultimately lead to less stigma and discrimination around the subject because the child has been raised not to do that. 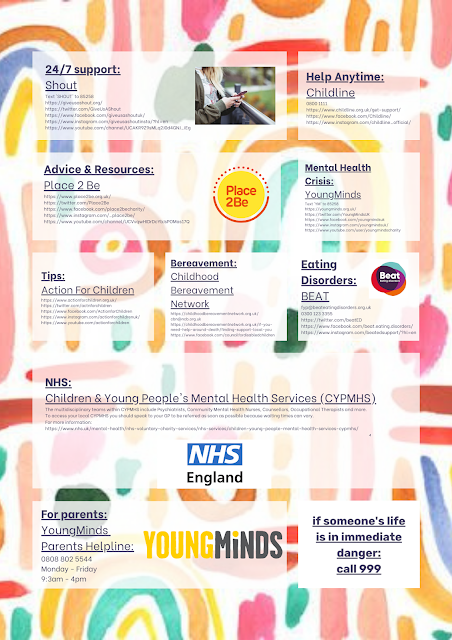