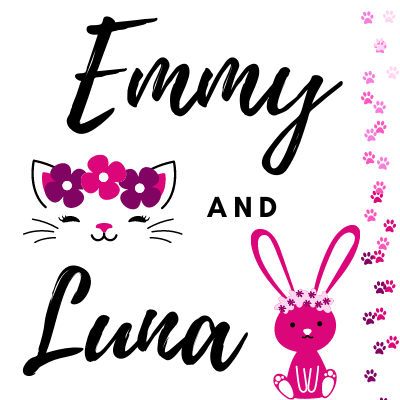 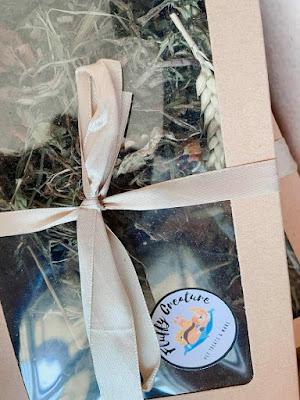 *This piece is in collaboration with the Etsy store: Fluffy Creatures LTD and features photos of their products which weren’t gifted, though there is a discount code below!)*

Discount code (20% off when you spend £10): NOTDISORDERED

So, you may have missed it, but I got a new mini lop lionhead bunny (Luna) on September 1st (you can read about her arrival here) and it almost felt inevitable – to me – that I created a joint Instagram account for her and my little calico rescue cat; Emmy…

The reason I had to make the decision to even just get Luna was because my previous lop Lionhead bunny; Pixie was put to sleep in April (you can read about her death here).

Initially, I thought I was settled firmly on the decision not to get another bunny because I had seen a change in Emmy’s confidence and the distress she exhibited immediately after losing Pixie (who had been her best friend) seemed to have disappeared. But it became obvious that the thought of how Emmy would respond to a new addition to the family was the only real concern that was preventing me doing it because if it was just about me… well, I was super keen to get another bunny!

So, the point which really helped in the decision was that because I wanted a bunny; if I didn’t try – if I didn’t see how Emmy was with another bunny, I would always be wondering. And having made four suicide attempts, I’m very much a ‘you-only-live-once’ type of person! Which meant that when my loved ones voiced their concern that I would be at risk of going through the heartache I had when Pixie was poorly because she died from Gut Stasis and that’s a very common illness in rabbits; I explained that I didn’t want that one terrible experience to stop me from living life to the fullest. And ironically, I think that Pixie would have wanted me to feel that way – she would have wanted me to get another bunny so that something positive came from her death. 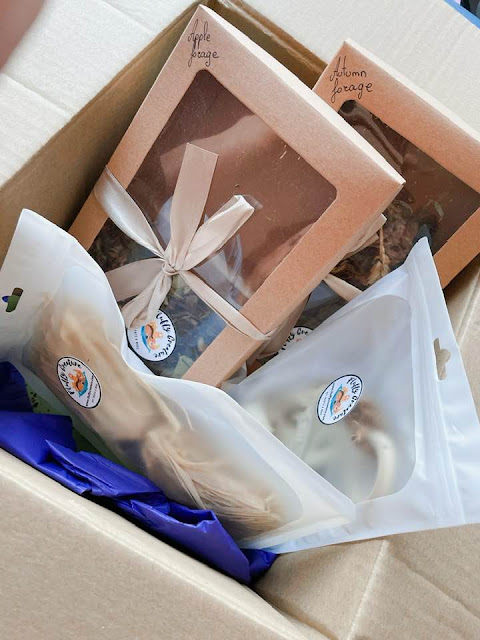 When I finally settled on the bunny who is now Luna(!), I was getting dressed to go pick her up and almost wore the jumper I’d worn when I had to say goodbye to Pixie; but I was determined that getting Luna would mean a fresh start. That, whilst I would never forget about Pixie and I might be reminded of her more when I had another bunny, I didn’t want it to seem as though Luna was living in her shadow. As though my love and care for her was completely shaped around life with Pixie.

When Pixie died, I remember almost instantly closing her and Emmy’s joint Instagram account, and so it kind of just made sense that I would create a new one in bringing Luna home.

A WAY TO DOCUMENT THEIR JOURNEY/RELATIONSHIP

One key motivation in creating my pets joint Instagram account was the idea that it would help me in documenting their little journey together. And I think that mindset or thought process, was largely inspired by I’m NOT Disordered because a huge reason for creating my blog was that as an inpatient, I had agreed with the psychiatric hospital staff that I would begin writing about the abuse I had experienced when I was younger. And agreeing this, felt like a huge step towards recovery, and that was something I wanted to document to keep track of. I mean, I had spent so much time writing apologies to my loved ones for my self-harm, and suicide letters before my four attempts, that it felt only fair to write about the – hopefully – good, positive times too! So, with that thought process proving to be pretty successful with I’m NOT Disordered, I had every reason to trust it for Emmy and Luna’s Instagram.

I did have the thought that Emmy and Pixie’s account didn’t get very popular or successful, and I think that a part of that will have been that just sort of randomly started it a few years into them being together. So, I thought that beginning one from the very start of Luna adding to the home/family, would be much more interesting because it’d be a true reflection of their relationship growing from Day One.

TO RAISE AWARENESS OF THE PSYCHOLOGICAL BENEFITS OF HAVING A PET

I think that if you’ve been reading, I’m NOT Disordered for a while, you’ll know that this is something I’m really passionate about. 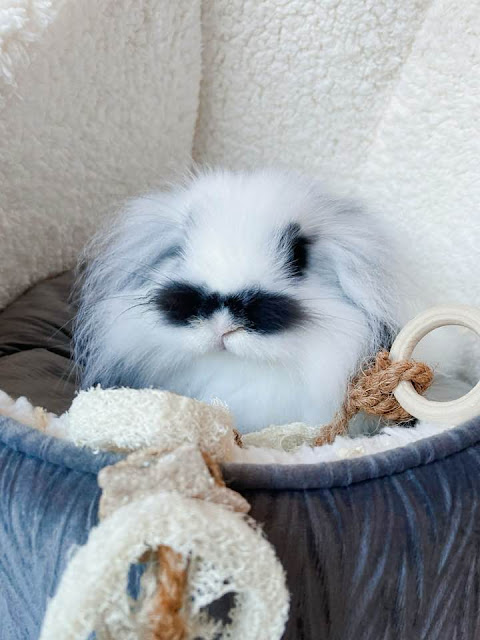 A few years after getting the family cat; Saffy, the abuse began and when I would come home and my Mum was at work, I’d cry into Saffy’s fur and hug her so tight because I was desperate for some sort of comfort. For so many reasons, I felt that I couldn’t report the abuse straight away and so Saffy was the only one who ‘knew’ what was happening to me; and having the relief of talking to her, was also comforting. So, from a very early age, I knew that pets could benefit your mental health.

So, when I was finally discharged from the psychiatric hospital, I’d been in for over two years, after securing a home in the community, my next port of call was to get my own cat! The thought of getting one became a huge recovery goal for a year or so before my discharge so actually bringing her home felt like such an achievement and accomplishment.

When, after a few years of living in the community, the visual hallucinations of rabbits came back, I made the spontaneous decision to actually buy a bunny and add her to the family. I thought that having a real bunny in the home would really be reassuring in helping me to realise that the hallucinations weren’t real – that they weren’t reality and that aided in ridding them of the power they held over me, and the upset they caused me.

After losing Dolly, Pixie and I bonded so much but after just six days, I adopted another cat (Emmy). Pixie and Emmy took really well to each other; I think a part of this was because Pixie had grown up with a cat around, so she wasn’t fazed, and Emmy was still young, so she didn’t really know any different either. And whilst their bond made me so happy, the bad side of it was that when Pixie died, Emmy was kind of heartbroken.

So, getting Luna wasn’t the first time I realised how beneficial pets can be to your mental health, but getting her made me realise that it’s something which I think is still worth publicising. 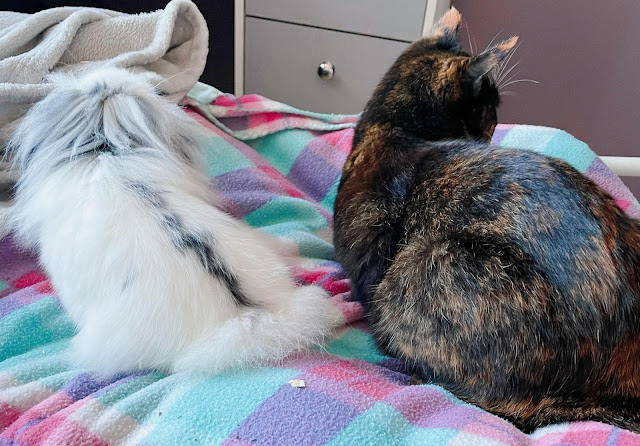 Discount code (20% off when you spend £10): NOTDISORDERED