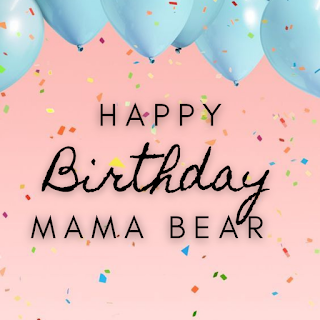 So, in huge contrast to my openness and regular content online, my Mum is actually very private and rarely uses social media; and this has made wanting to write a blog post for her Birthday very challenging! After trying a few different angles and themes for this post, I finally came across inspiration for it whilst just watching an Instagram post that used Erica Padilla’s song ‘By the Way’ as background music. The lyrics were so perfect for my thoughts, feelings, and memories with my Mum that I thought I’d use them to influence this piece…

It’s too much that I can't explain, because you've done so much for me

The second biggest difficulty in writing this blog post, was the realisation that there are just not enough words with enough power, meaning, and importance, to really thank my Mum for everything that she’s done for me.

As a Blogger – with my huge passion being about writing – I find it frustrating when I feel as though I can’t explain things or get across my thoughts properly. I think that this stems from the struggle I faced when my mental health first deteriorated, and I began hearing voices before making my first suicide attempt in 2009. I mean, I had already had to stop writing when the abuse began because I was so afraid that my natural affinity for it would lead me to using it as an outlet; and for so many reasons, no one could know what was happening to me. So, without that as a coping strategy, and my fear of what would happen if I told someone – anyone – that I was hallucinating, I kept quiet about that too.

All that silence and energy spent maintaining it inevitably tired out and when I found myself sectioned under the Mental Health Act and in a psychiatric hospital, I felt backed into a corner. As though I was left with no choice but to open up and tell the professionals what was going on in my head; because I knew that if I didn’t, things weren’t going to get better, and I’d end up stuck in that horrible hospital. I was pleasantly surprised to find that when I had this realisation, my almost natural instinct was to pick up a pen and notebook again!

I guess that having this experience of using writing in a therapeutic way, should have meant that becoming a Blogger was kind of a natural progression. Inevitable. And whilst – nine years later – I’m forever being surprised by my blog’s achievements; it does feel like I’ve found my purpose in life. Like there’s a reason why I’m here. And that notion, is so reassuring and comforting that it’s definitely helped with the suicide thoughts and feelings.

But, those nine years of blogging – of managing to put my thoughts, feelings, and experiences into words; have really added to my frustrations of feeling that no words are good enough to thank my Mum for all that she is and all that she does (because her support doesn’t end just because I’m not in the psychiatric hospital!). Being a look-on-the-bright-side type of person though, means that I want to take that frustration and see a positive in it… So, I figured that the fact I manage to find words for absolutely everything in my life, really illustrates just how incredible and monumental my gratitude and appreciation for my Mum really is.

Pull me out of my darkest place, couldn't let myself believe

When my mental health first deteriorated and the auditory hallucinations started, one huge reason for me not telling anyone, was the conviction that no one could help. No one could make a difference. No one in the world could really appreciate what was happening. And no one would know how to stop it.

I think a huge part of this very little faith in those around me, was mostly caused from the abuse. I think it’s from the months of me doing all that I felt capable of to tell someone what was happening to me. I mean, my abuser told me time and time again that there was nothing anyone who could stop him and that if I did tell anyone, they wouldn’t care anyway. And being told that numerous times a day for months? It breaks you down. It leaves you doubting all of the relationships in your life because you find yourself questioning the trust you have in another person and the love that they claim to hold for you.

And that’s what happened with my Mum – I fought with the notions that either, I’d tell her, and she’d believe me and march down to his place of work and throttle him(!), or I’d tell her, and she wouldn’t believe me. Either way it felt like a loss. And when there was a meeting at his place of work and I ran out crying and he was left in the office with my Mum and started getting all emotional, my Mum thought he was just invested in my wellbeing. Now, she believes he was panicking that I was about to tell someone what he’d been doing. But at the time, it was like a punch in my heart. Like it had shattered a bit and the rest of it just wasn’t stable anymore and one more punch could break me completely. So, I didn’t tell my Mum.

And looking back? Of course, I can see that my Mum would’ve believed every word and of course I know she wouldn’t have considered him worth her getting into trouble for hurting him! But that’s how influential his words were. And it actually still angers me to think that he had the power to change my relationship with my Mum so dramatically. That he almost ruined everything.

In hindsight? Well, I still recognise why I felt so hopeless in speaking up, but I can also see that even if I thought they couldn’t make a difference, I should’ve given others the chance and the opportunity to help me. I think that at the time though, my thought was: ‘what if I confide in them, they can’t help me, and I end up worse off?!’ And the fear that would destroy me, meant it was a risk I wasn’t willing to take.

In my silence, there was no one to ‘pull me out of my darkest place,’ and it wasn’t until I was sat in a psychiatric hospital, two suicide attempts later, noticing that I was the youngest person on the ward and realising that if I didn’t speak up now, that wouldn’t be true for much longer; that I finally started talking about the abuse. And I can honestly say that I don’t regret that at all. I know some people will think I’m saying that for ‘show’ and because if I had regretted it then I have no right to encourage others to report abuse… But I think that the one time I sort of wished that I hadn’t said anything was during the Police interviews and giving my statement. It was difficult, and it seemed to require a lot of energy and strength. Energy that felt sucked out of me to the point where I didn’t know how I was managing to hold myself upright as I left the Police station.

Ultimately, though, finally reporting the abuse felt like a weight was lifted. And when my Mum began to put the pieces together – the clues that the abuse had been happening – I felt relieved and comforted in the knowledge that she believed me and that, actually, in her trying to make sense of everything – it also helped me to better understand things too. But what’s more; knowing what had happened also gave her the opportunity to help and support me in ways that she hadn’t been able to – as hard as she had still tried despite that absence of information/details!

My Mum recognised some things in me that most ‘experts’ or ‘professionals’ in my care either completely missed or blatantly ignored. She knew me inside and out. Even when I didn’t. Even when I was in ‘the tunnel’ (as my Mum named it) and couldn’t see much further beyond whatever I was about to do to hurt myself. Even then, she knew. But when I was really poorly with my mental health, I didn’t find her insight helpful. I saw it as an absolute hinderance. A block to my ability to self-harm or attempt suicide. I was never grateful for all the times she saved my life (in numerous ways and on numerous occasions) until I actually wanted it to be saved. Irony is, I would have never gotten to that point had my Mum not saved me.

And I wanted you to know that

Either way, you saved me 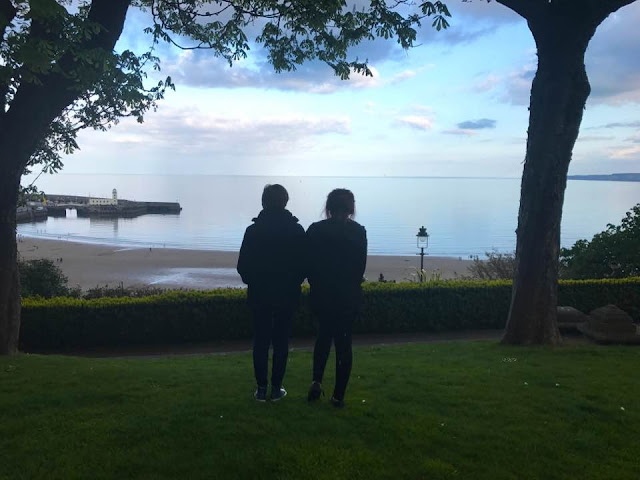