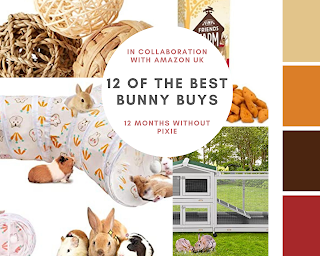 This blog post had the huge potential to be incredibly emotional and overwhelming but having just published two pieces with an abundance of those exact qualities (the one marking fifteen years since the abuse ended and the poem), I thought it would be a bit too much. And that opinion isn’t solely about wanting content that appeals to my readership, it’s also about recognising my own boundaries and tolerance levels. I mean, there’s only so much I can cope with delving into and writing about! So, when Amazon UK asked to do a collaboration, I had the idea to create this more fun and happy post of a little list of items on amazon.co.uk that I think my new bunny (Luna) would want me to recommend... 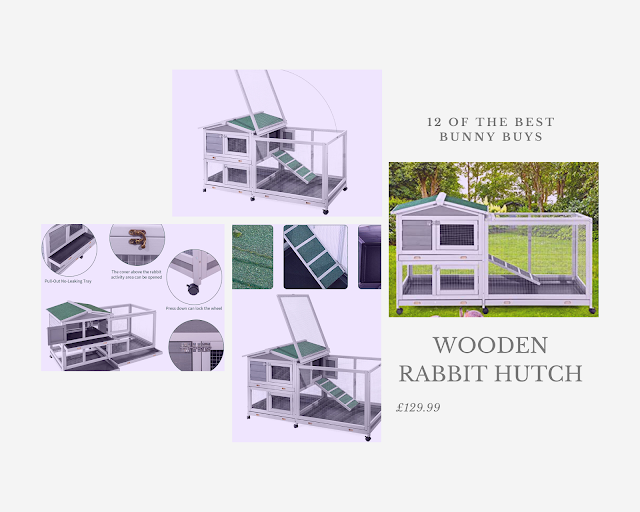 This is honestly my dream hutch for Luna! I like that it has the covered area on the top floor because since Luna jumped from my arms and injured her back, she’s become a bit nervous and really likes to spend time somewhere sheltered and private. I also love that it has wheels because half of it would go in the space where my undercounter fridge used to be so to clean it out, it’d be easy to just roll it forwards. Since this is fairly expensive (though I think it’s a good price for the size of it!), I’d definitely recommend checking out all the measurements because the space for Luna’s hutch just isn’t big enough for this – it’s literally the only thing stopping me from getting it! I definitely think it’s worth the price tag though because rabbits can live fairly long (something which first time owners aren’t always aware of), so it’d last a good while. 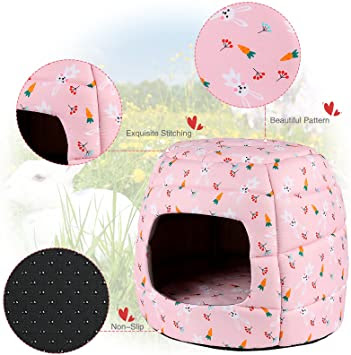 With rabbits being prey animals, despite them being bred in ‘captivity’ there are still these natural instincts and elements to their character, behaviour, and personality. I mean, it’s one reason why it can be incredibly hard to know when a bunny is poorly because they worry that showing a ‘weakness’ will make them vulnerable to predators. It means that even living indoors, rabbits like to have warmth and comfort; so, beds like this can really help to make them feel safe. I actually bought Luna a small cat bed when I first got her because I hadn’t thought to check out Amazon’s selection (there’s so many! In fact, a close runner-up for Luna, would be this one: Strawberry Animal Bed) and she still snuggles up in it sometimes. 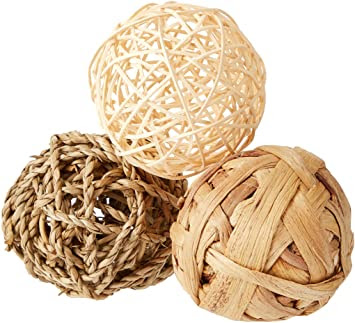 This is something Luna actually has! She loves the variety of texture on these balls from Rosewood (a great brand for pet products!) and seems to alternate between tearing them apart and throwing them around her hutch! When I first saw this I thought of it being for a much smaller animal like a hamster or gerbil maybe, but then it was suggested to me that I stuff the tunnel with hay to give Luna a bit of a fun challenge to eat it. 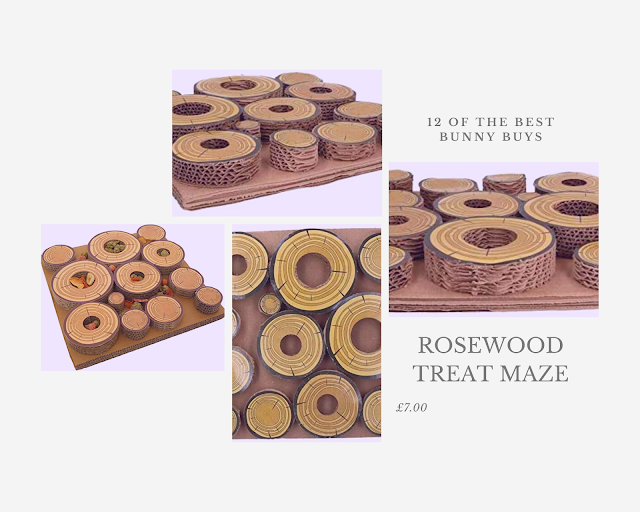 Like so many pets, bunnies can have treats as part of their normal, balanced diet; but the treats need to be given sensibly and so having your bunny put some effort into having their treat, is a healthy challenge. Luna’s favourite ‘treats’ are fruit (any kind of berry or melon) – which are high in sugar for rabbits so she only has a piece or two a day and I think that if I were to cut the pieces into smaller bits, I could really dot them throughout this maze to provide her with some fun too. 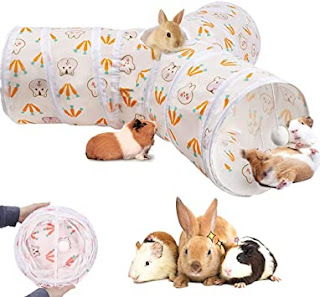 Considering that bunnies might still have some of their natural instincts, activity tunnels (there are also tunnels made from hay which are especially good if your rabbit enjoys gnawing: Rosewood Hay Tunnel) are a great way of allowing them the experience and feel of being in a burrow (a sort of den for wild rabbits where they dig into the soil and create tunnels known as warrens with various entrances). With me having Emmy (my cat), I already had some of the tunnels for cats and Luna absolutely loves running through them at high speed!

I’ve always wanted to get one of these, but because Pixie was a Lionhead and weighed 4.7kg she was too big for even the largest size. Now, with Luna, I’m not 100% sure she would fit either, so this one would definitely be a good buy for younger bunnies or just smaller breeds (Luna is a mini-Lionhead and weight 1.8kg). 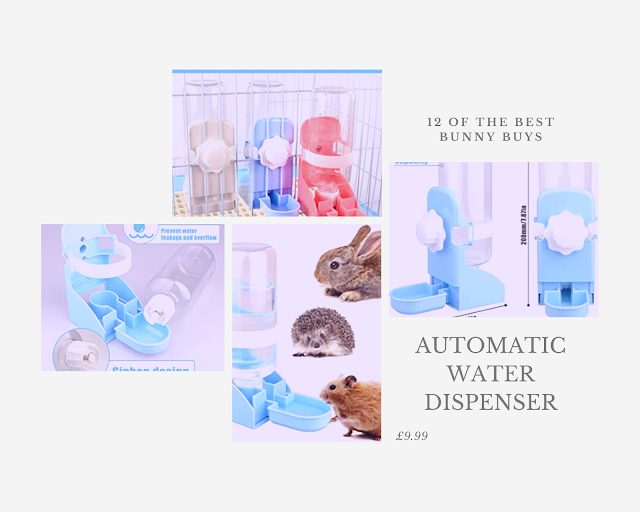 So, when I got Luna, she was very tiny (less than 1kg) and seemed unsure on using the standard water bottle that had come with her hutch. After a few days of rarely seeing her drinking, I asked for some advice and was told that rabbits tend to find those bottles uncomfortable because of their body shape, and so I bought a little bowl for her. I couldn’t believe how long she sat there just drinking and drinking making the cutest little squeaky noises (as you’ll hear if you have your volume up and play the video below). And in all honesty, I didn’t realise a Dispenser like the above existed because if I had, I definitely would’ve tried her out with one of them – so now that I’ve found it, I’ll be buying it to see what she thinks!

I’m kind of sad that Luna’s hutch has a built-in bowl because I really love the idea of this food bowl that can be easily attached to the cage bars. It would reduce the chance of your bunny throwing their bowl around when they’re hungry (Luna throws her hay tin when it’s empty!) and accidentally knocking it over and scattering their food everywhere. 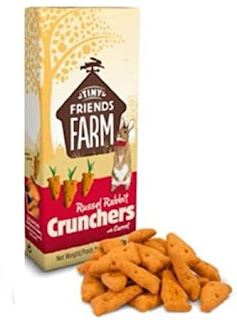 So, I couldn’t give recommendations to buy if I didn’t mention one of Luna’s favourite little treats! 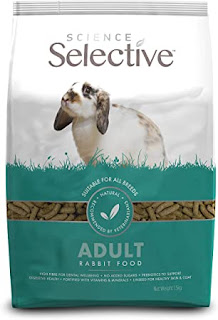 This is Luna’s food which she’s been on since I got her in October 2021 (though she was on the junior pack at first) and is still enjoying it without any sort of digestive problems etc. 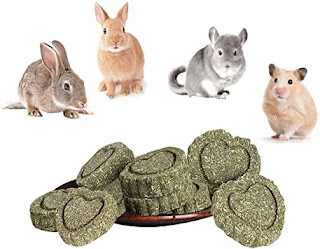 Just another fun way to get hay into your bunny!