HOW TO PREPARE FOR MENTAL HEALTH AWARENESS WEEK

*part of this post is in collaboration with New Look* 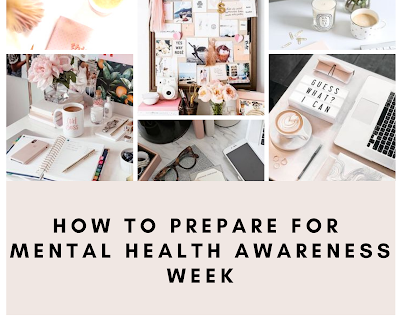 I’ve now spent almost two months planning I’m NOT Disordered’s content for Mental Health Awareness Week (MHAW) and with the Week still over a fortnight away, I thought it a good time to write this piece on my advice and thoughts for anyone else preparing for it…

I think that the first, most obvious step for this, is making the decision on whether or not you want to play any role in MHAW. Whether you’re a blogger considering producing content for it, or a social media fanatic debating hash-tagging things, or a mental health professional trying to think up some activities for service users, it’s an important decision.

Since doing Dialectical Behaviour Therapy (DBT) for two and a half years, I’ve found making decisions a whole lot easier when using the Distress Tolerance module’s skill of ‘pros and cons.’ I think that it’s one of the many skills I learnt where afterwards I thought: ‘how did I not do this sooner?!’ I mean, ‘self-soothe’ and ‘distract’ (also from the Distress Tolerance module) are my two most useful coping skills when I’m struggling and they’re both things which might be seen as being obviously helpful by others. But, for me, I was so lost in the hallucinations and the thoughts and feelings around suicide and self-harm, that I couldn’t think clearly or rationally. I was so focused on hurting myself, that I didn’t have the time or energy to consider ways that would protect me and keep me safe from myself.

So, when making decisions – particularly around my blog – I use the pros and cons method to ensure that I’ve really carefully considered both the possible benefits and the chance of negative responses before making the final decision. For me, even if I agreed that I had made the ‘wrong’ decision, I would only be annoyed if I’d done so without putting any real thought into it. I think it’s because for so long, I did things on a whim and completely impulsively. I didn’t consider the consequences for any of my decisions and actions. And – in all honesty – I didn’t care about them either because I would always excuse myself from being responsible.

Now, however, I’m a huge advocate for taking responsibility for your actions and this change, has really encouraged me to think things through a lot more carefully. To recognise the possible difficult outcomes of my decision and to determine whether I feel capable of coping with them if they were to happen. Which, I think is an important tool when using the pros and cons skills because it enables you to weigh up the benefits and the possible negativity and decide which is more powerful for you and your mental health.

So, for me, deciding to produce content for MHAW, was kind of a no-brainer! I mean, I’ve created blog posts for years before this (2020, 2019, 2018, 2017, and 2016) and since I took last year ‘off’ (my only MHAW post was this), it seemed sort of normal and predictable to do something this year. I still considered the prospect of not doing anything though. I thought about how much other content I have to spend time on and all of the meetings I have for collaboration projects… And how I would cope with balancing the workload. Obviously, in the end, I decided that putting some time and energy into MHAW was worth it and when I began having ideas and talking to other organisations, the ideas started flowing and I became more and more confident that I had made the right decision. 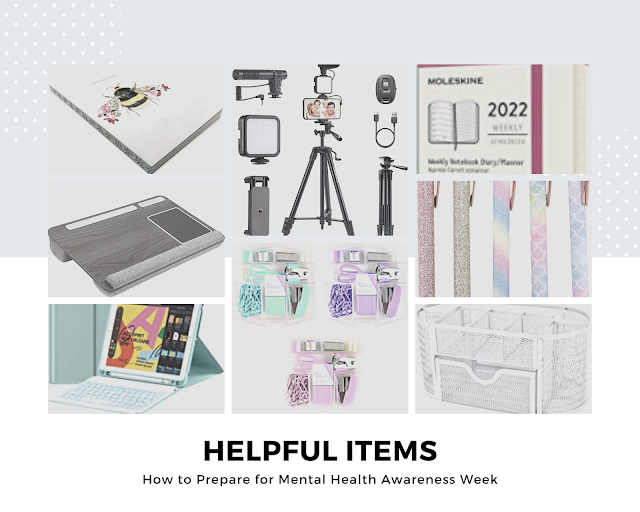 Being a huge fan of writing in general means that when I’m working on big blog posts like collaborations and series’, I tend to make a lot of notes and do a few mind maps to really think my ideas through and consider changes to them. Sometimes, it’s a really good way of starting out with an idea that’s really ‘small’ and vague, and then enabling it to develop and grow into something really big and important that could inspire change.

Without giving away too much about I’m NOT Disordered’s content for MHAW, I will say that it started off as just me writing and creating every post for the Week, but then I thought about how working with another person or organisation can really double your publicity – and therefore increase the chance of more people learning about mental health and recognising the importance of Awareness Weeks like MHAW. And, in all honesty, I find collaborations a lot more fun than when it’s just me! I feel like I can be a lot more creative with the content I produce for a partnership, and I like the thought that my blog can help an organisation in some way – whether that be purely through publicity or increasing donations etc. It’s a nice, rewarding thought that makes me grateful to have the level of following that I’m NOT Disordered has.

So, when I started to realise that I really wanted to do a collaboration for MHAW, I began thinking about all the brands/organisations/people I could team up with and how I could make content from a collaboration with them appropriate for MHAW’s theme this year of ‘loneliness.’ Having worked with so many relevant organisations, I needed a really good brainstorming session to decide on who to approach. But even after that, my thoughts on it continued to evolve and I found myself making more notes and creating word documents just for planning and putting my ideas on paper/a screen.

Another form of my planning and brainstorming process for Mental Health Awareness Week content has actually been talking with my Mum! She comes up with some pretty good ideas, you know?! And I know that some people struggle to ask others for their thoughts because for a blogger, it can make you think of something: that you’re not good enough to think up content yourself!

Now, I believe that it takes strength to ask someone else for help and advice. It’s a concept that’s really relevant in mental health with the prospect of ‘asking for help’ being seen as some sort of weakness or illustration of defeat. It’s something I definitely struggled with in my own mental health journey; a fear of being met with stigma and discrimination as well as making myself vulnerable, left me quiet for a good few years. And doing that, enabled my mental health to really deteriorate to a point that it might not have reached had I gotten help sooner.

When I first created, I’m NOT Disordered, I had very little hopes or expectations for it, so I hadn’t even considered what I’d do if it came to a point where I’d end up thinking about collaborating with others on content for it. And it wasn’t until a year after starting to blog, that the opportunity to collaborate came up. I remember thinking about how I would feel if the content they helped to create was more popular than the work I produced by myself. And would I even be able to work in that way – as part of a team – when I was so used to doing things solo?

Similarly, to MHAW, I came to realise that the readers are so much more important than my worry that I’m a useless blogger. Them benefiting from my content is the greatest reward in doing this, and let’s face it; me – and I’m NOT Disordered – would be nothing without you guys! 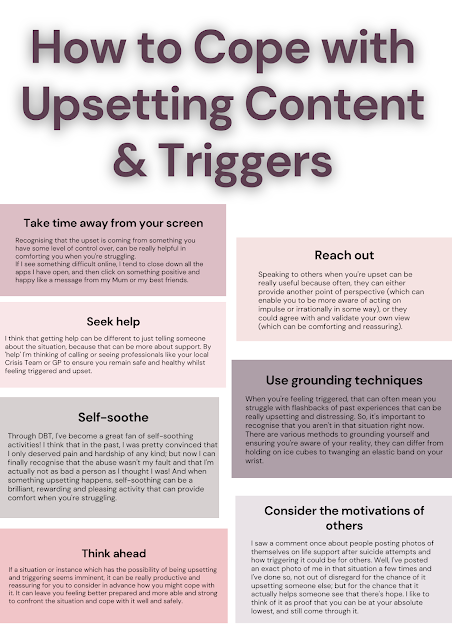 HOW TO DEAL WITH A NEGATIVE RESPONSE FROM YOUR AUDIENCE/FOLLOWERS

I’ve noticed in recent mental health related awareness dates, a growing number of people taking to social media to say that it’s pointless having such a date because mental illness doesn’t just come and for that date and then go. This is a point of view that I completely understand – when your mental health is poorly it can feel so constantly difficult that there seems to be no escape from it. No relief. So, when ‘celebrities’ or well-known people talk about mental health solely on these dates, it can seem kind of degrading and patronising. As though they’re posting about it on social media purely for the publicity they’ll gain for ‘speaking out.’

To me though, during awareness dates like MHAW, we shouldn’t be concentrating on passing judgement over the content and posts others create and publish – especially when you have no idea of the actual motivation for that person’s post. MHAW should be about supporting one another and focusing on the fact that at least there is an awareness date for mental health! Sometimes, even if something seems insufficient or ineffective, you can still appreciate the fact it even exists.

So, with those few people not really wanting to engage or produce specific content for MHAW, there’s a chance that in you doing so, you might receive negative responses and feedback…

If this happens, I think the most important things to keep in mind, are your own priorities and motivations behind the content you’ve produced. There was one Suicide Awareness Day that I saw someone post about their opinion that people don’t need to share photos of themselves on life support to draw more attention to the subject. I kind of cringed because that photo of me on a ventilator after a suicide attempt has been everywhere! I mean, even on ITV News!

To cope with the fact that some people may think badly of me publicising that photo, I reminded myself of my own hopes for the impact sharing that photo will have, because I post it with the hope that it will inspire others. That people will see that you can go from the very ‘bottom’ and survive it. You can survive and you can make it back to the top. Back to having a safe, healthy, and happy life.

PLANNING YOUR EVENT WARDROBE (IN COLLABORATION WITH NEW LOOK) 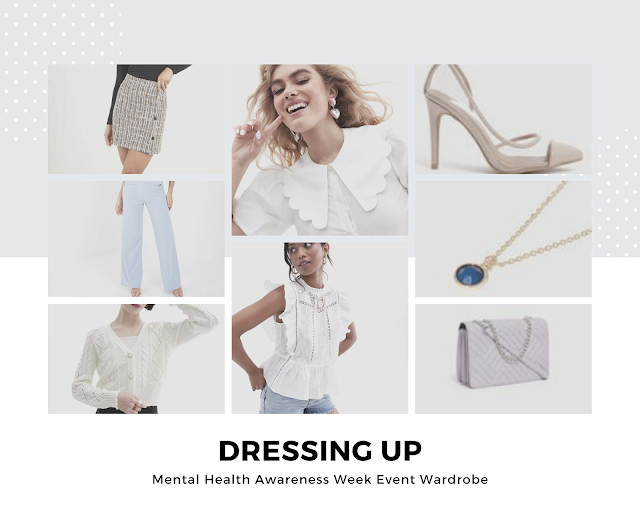 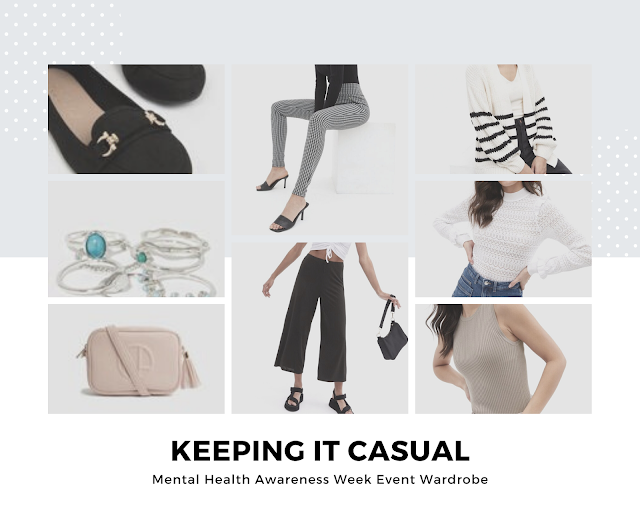