Saturday, 30 November 2013
[note: this post may be triggering and contains discussion of self-harm and suicidal ideation]

I think I might've mentioned in other posts that my 'trauma' occurred while I was at High School, this has left me unable to go anywhere near the place since. But now, I won't hide from it. I won't take a longer bus route to avoid it. I won't cry when I see the school uniform. I won't need medication when someone says a school-related word out of the blue! This, thing has ruined enough of my life and today I've decided the furthest it will go from now is to Psychology sessions when talking about it will be to make me better and not to motivate myself to self-harm or worse.
What happened to me has happened to others too, though people assume this makes it straightforward and the same as it was for the others. It wasn't. And it isn't. It isn't black and white. The person would say these lovely things to me at the same time as something really horrible was happening and sometimes, it was like I only experienced the good parts.

and who do you think you are, running around leaving scars, collecting your jar of hearts and tearing love apart - Christina Perri - Jar of Hearts

And I tried so many ways to deal with the bad bits... I'd decided from the start I would never be able to outright tell someone what was happening so I tried to show them... I stopped eating properly as I soon realised it was the only thing left I could control and I scratched my arms because I believed I should be the only person to hurt me; I told people who noticed that it'd been my cat. During this time, I was ashamed of the things I did in a desperate attempt to make myself feel better but slowly I'm coming to terms with the fact that these things don't make me a bad person. People do mad and sometimes stupid things when they're desperate. I felt like I was fighting for my life, or to at least survive. The Doctor here taught me that the emotional and visual parts of my brain have broken so that they no longer filter into the part which rationalises things.
My hallucinations have been explained as a result of this 'trauma.' The Doctors say that when someone disassociates whilst going through a trauma then they have a greater chance of hallucinating later in life. And, during the 'trauma' there were so many occasions that I felt like a rabbit caught in the headlights because I was in such shock that this was happening and that it kept getting worse. So now, I see rabbits that aren't there.
During the 'trauma' I kept telling myself it'd stop or it wouldn't, and couldn't get any worse. But it carried on; carried on happening and continued getting worse. When my ill mental health began, I kept trying to convince myself of the same things and again, I was proven wrong.
The thing that broke the camels' back (or mine) was when the other person involved in the 'trauma' asked me not to tell anyone what'd been happening as it would ruin their life. I remember thinking 'what about mine?!' And how had they managed to make it sound like it'd be my fault if it did ruin their life?!

Sometimes, when I cut, I don't think of anything and I make scratches down my arm. Sometimes, when I cut, I think of what happened. And I need steri-strips to knit the cut together. I never chose to start hearing voices, and I didn't ask for what happened to me. But I do sometimes, choose death over life. And I do sometimes, prefer to suffer in silence and with blood than cry and ask for help. But, none of this is me. Since I finally told professionals and family what had happened, I have felt like that's what they see when they look at me. From telling them what happened I gave them to right to judge my reactions to it. But really, what hurt the most, was that I was judging myself. Time and time again, I believed that I'd deserved what'd happened but slowly, I'm being taught that this isn't the case.
I'm not naïve, I don't believe that now I've wrote this blog I'm well on the road to recovery or even that I won't change my opinion about what I've wrote. There will still be days when I don't want to be brave or take a stand; days when I can't be bothered because I'm so tired of surviving through all the other days. But writing this... Well, it reminds me that I can stop being the victim. And start being a survivor. 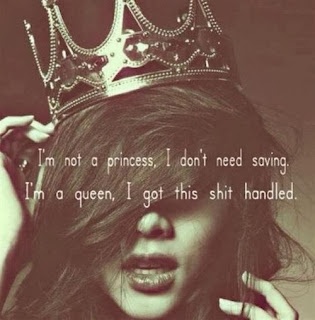