Tomorrow is Self-Harm Awareness Day and so, I'm doing this post. I had a think about it and decided to risk this post being triggering in the hope that giving the details would enable people to get a better idea of the seriousness of Self-Harm. If at any point you're finding this post triggering then please stop reading it!

I first began self-harming while I was at High School and it was just after my 'trauma' had begun. I can't remember what made me think to try it but I remember why.

Reason number 1: I was being hurt by someone and I believed that the only person with the right to hurt me, was me.
Reason number 2: I wanted control over my pain.
Reason number 3: I wanted to hurt myself more than the other person was hurting me.
Reason number 4: I thought it might end the 'trauma'
Reason number 5: I hoped someone would notice and ask why I was doing it
Reason number 6: I wanted my pain to be more physical
Reason number 7: I wanted my pain to be visible
The first way I hurt myself was with a pin from the cork noticeboard in my bedroom. It was scratches really; not cuts. Sometimes, if I pressed hard enough there'd be some blood but I wasn't too fussed about that then; the blood. I can remember when I first scratched and I was waiting at the bus stop for the school bus with some of my friends and one of them noticed the scratches and I told her my cat had done it.
I remember another time when a girl said 'you're meant to do it on the other side' and another girl said 'she's not trying to kill herself' but I don't remember ever telling them I had done it to myself.
I think I either ran out of space on my arms or I wanted to try somewhere different because I scratched my legs and it was just before PE. My story? That the cat had gone into the bushes at the bottom of the garden and I'd had to go in and get her.
I think I somehow ended up telling people that I'd started self-harming because I can remember either my Mum or my Nana picking me up from school and asking to see my arms and crying.
I'm not sure what made me stop scratching; I think it was the end of the 'trauma' and the beginning of me discovering other ways of self-harming e.g. drinking and restricting food. But that didn't work as well. And that's when my self-harming went to a whole new level in the form of overdosing. And with it, began the cutting. I don't really remember the very beginning of the cutting but it became a routine. I would go and buy a 79p or 99p cup from Morrisons or Wilkinsons (I had to alternate so it wasn't suspicious) and then I'd wrap it in carrier bags and smash it against the wall outside our home in the back garden. I had a specific part where I had to do it so that the houses that overlooked couldn't see me. And then I'd begin 'testing' the pieces to see which was sharpest. I soon learnt that it was the tiny shards that actually did the most damage and that made me happy because it meant I could stop finding places to hide massive pieces of china. My favourite hiding spot was in my powder; I had one of those make-up powders where you shake it out into the lid, so I'd shake a lot out and then hide my little shard in among it all. Hospital staff were so confused when I kept managing to cut every time I went to the toilet and they thought they'd confiscated what I was using! In all of the searches I had when the shards were in the powder, no one ever found them... Until I used them and didn't get a chance to hide them.
I soon developed my self-harming kit. Professionals promoted an 'emotional toolkit' but I kept a handbag beneath a pile of others and in it were, bags of broken cups, different sized dressings, steri-strips, surgical tape, a bottle of water, anti-sickness tablets and paracetamol. It had become such a habit that I was always making sure I had a shard of china in whatever bag I was using for the day in case of an 'emergency.'
For my first home leave from this Hospital, I told my mum to search all of my handbags; she found something in almost every single one - and I have a lot of bags! And I once found a massive piece of china in a pair of bedsocks. It made me sad to think I'd once been so desperate that I'd hid it there.
The thing is; what started off as scratches became a cut which then became many cuts which then became having a certain amount of blood I wanted to shed and eventually I wasn't happy unless I had at least one cut that warranted steri-strips. Self-harm can begin by being about control and often ends up completely out of control, and you don't see it coming. I thought I had it all planned out and organized with my routine and habits but my arms are now scarred. All but three of my scars are white and when I get upset worrying that I won't be able to wear a sleeveless wedding dress I remind myself how lucky I am; there are people with much worse scarring through self-harm.
Two years ago I created a document on my laptop called 'Tips from the Top' which was basically all the little 'tricks of the trade' that I'd picked up in order to self-harm without causing a fuss or being caught etc. Two years later and I wouldn't be giving the same advice. If you or someone you know are considering self-harming then please, please, please nip it in the bud and tell someone you trust. Tell someone who can stop you doing it. And while the urges and thoughts are still there and you're being stopped from acting on it, it can feel like the hardest thing in the world and you worry you'll die from these feelings. But you won't. They will go and you'll be grateful. Grateful you don't have to worry about wearing sleeves during the Summer. ﻿ 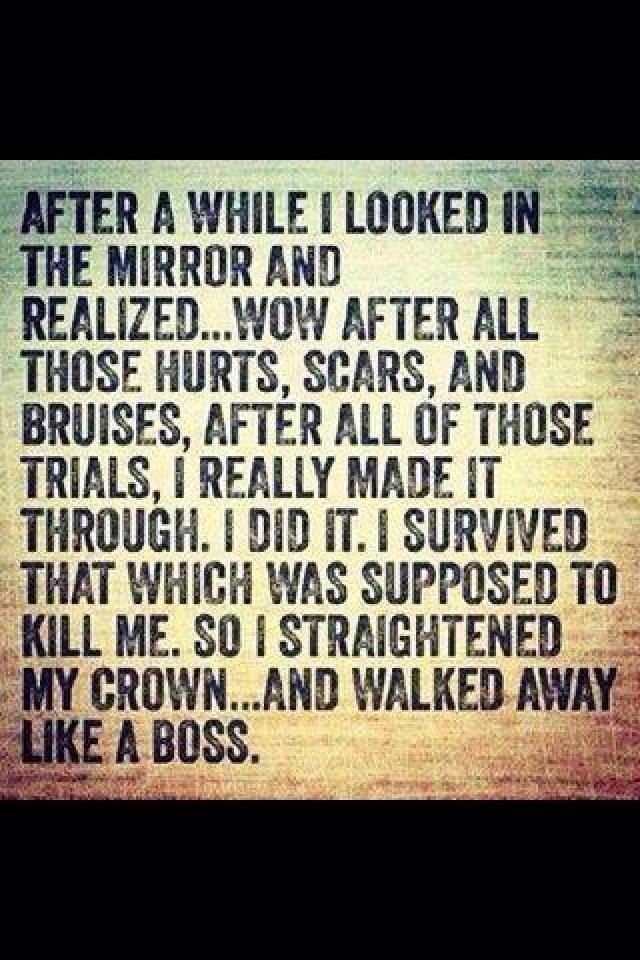