Thursday, 23 April 2015
Half of what I was planning to say in this post is actually in this one!
However, you know how much I like to blog... *Any excuse* 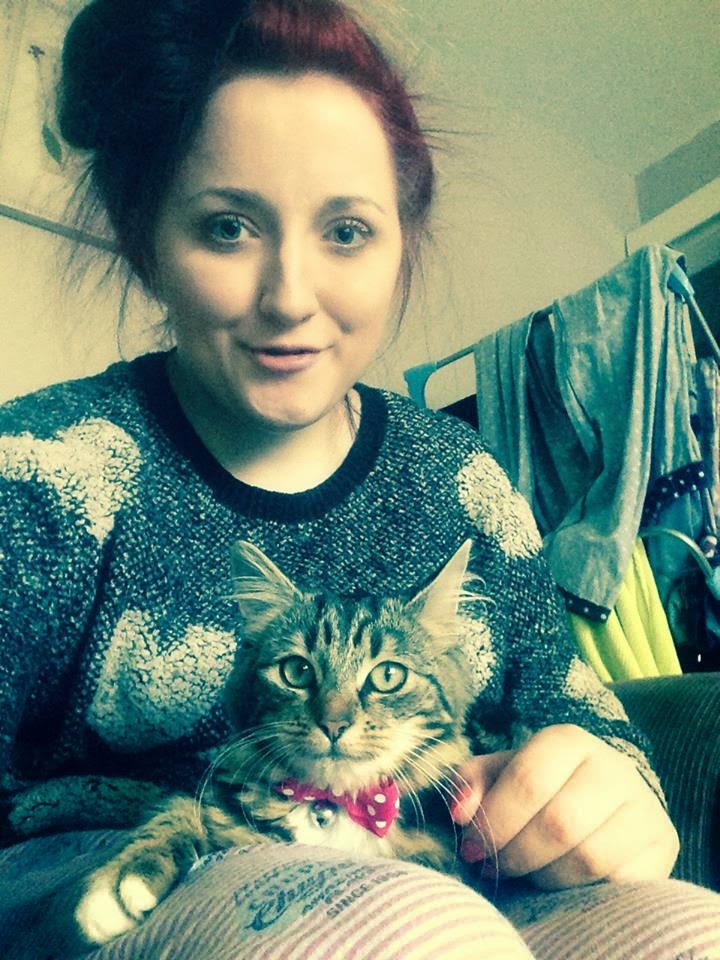 Dolly and I are closer than ever; I feel like every day we spend together cements our relationship. We're bonding more and more. I feel like every time I go out and come back, I'm giving her more faith and confidence that I'm not going to leave her and end up back in Hospital. And anything I can do to reinforce this for her, I will do.
Last night (22nd) my mood was incredibly low and I was having such bad thoughts that I was planning another overdose. My therapist taught me this technique for when I have moments like that, of just sitting with the emotion. I've always been scared of doing that because I've had the belief that in doing so, I would become more determined of ending my life- or at least self-harming. This time, however, it worked. I'd went to bed early and got up for the toilet not long afterwards and Dolly came trotting into the bathroom with one of her toys to play fetch. So, we went into the corridor (I have a long corridor in my home) and played fetch. The whole time I was talking to her (I know that sounds crazy but no lies on here, complete open and honesty)and asking her if she'd be ok having another mammy. I started crying. And I just kind of kneeled down and went into a little ball and Dolly came trotting over and stood on her back legs, putting her front paws on my shoulder, and squeaking. I cried even harder.
I never thought that I'd find anyone, or anything that could touch my heart in the same way that my Mum and Chelsea do. That could help me in the same way they do. Who could understand in the same way they do. Or who could love me unconditionally in the same way that they both do. And now I have Dolly. Without being dramatic, I seriously believe that last night, Dolly saved my life. Because I would have ended it if it weren't for her. At my worst, I sometimes resent her because I think that without her, I could do what I want so easily. But then I feel better and I'm so grateful for her.
They talk about pet therapy and I didn't think much of it... Until now!
Thank you, Dolly.
Labels: changes, dolly, fun, future, happiness, help, home, kitten, love, positives, praise, recovery, support, therapy
SHARE:
Newer Post Older Post
Home