Wednesday, 30 December 2015
Those who know me, will know that I've followed Zoella (Zoe Sugg) for quite a while (admittedly nothing compared to how long she's been YouTubing/blogging for. I can't even remember why I began following her but it was not long before she became a household name after launching her beauty range. I look up to her for many reasons; the most obvious being the success of her blog/YouTube, but I also admire that she too entered this industry as a total novice and has learnt as she went. Admittedly I do sometimes question whether opportunities are handed to her on a plate, but watching her vlogs you can see how hard she works on both editing her videos and writing her books/attending meetings to plan new products. And so, I fully believe that she and Alfie Deyes (PointlessBlog) have earn their million pound home.
I think that there was a mention of fans finding their home in one of their vlogs but the internet exploded two days ago when Zoe tweeted 'Really starting to lose my patience with people just turning up at our house & peering in or ringing our doorbell 😔 makes me hate my house! 😢' and around the same time, Alfie also tweeted 'Parents who drive their kids to our home & put them on their shoulders so they can lean over our walls to try and take pictures of us without us realising... I see you! I'm on the sofa in my pyjamas relaxing. Go away. If you want to meet me, I'd love that! Come to a meet up just like everyone else who wants to meet me does! You can't just drive to my house & climb our walls, that's really not fair.'
Of course there was a surge of responses with such a variety of opinions. Everyone who expressed their views was immediately jumped on by others who either agreed or disagreed. As I read through some comments I formed my own replies but resisted posting anything at fear of starting drama.
The most popular point of those who weren't on Zoe and Alfie's side, was to say that filming their private lives had made them and famous and so they should've realised what they were getting themselves into. 'Welcome to the famous life. Didn't you see this coming at all?' Zoe and Alfie promtly pointed out (correctly, in my opinion) that in beginning their YouTube channels, they'd never set out to become 'famous' and that even still, that shouldn't mean they should tolerate an invasion of their privacy. I feel that in some ways, I can relate to this. I don't mean to sound big-headed in saying this, but I'm well known in mental health through my blog and if readers started showing up at my little bungalow I'd be mortified. However, I am very grateful that it is almost solely in that area that I'm known so there's little chance someone will stop me at the shops as they regularly do with Alfie and Zoella. But like them, I started my blog to document my recovery for myself to look back on. There are many bloggers out there who begin their blog or YouTube channel in the hope of becoming well known and making some money. Alfie and Zoe were never those people.
One aspect of this entire debate/incident/Twitter war, that I can completely relate to is that people assume that because you do disclose aspects of your life that some may view as private and personal, then you must be sharing everything. Many YouTubers regularly point out that their vlogs are edited and a twenty four hour day is often condensed in under twenty minutes, never mind that they rarely vlog whilst having a bad day.
I think that perhaps discussing my mental health, the abuse I've suffered and feeling suicidal, makes me more vulnerable to this. But the amount of important things going on in my life that I can't discuss is probably unbelievable to readers. And one reason that I never discuss one aspect is that the person involved wants to maintain their privacy. And I respect that. Because I believe it is an individual preference.
Finally, a lot of people are arguing that the two never complain about the money they make but neither do the footballers who are paid ridiculous amounts per match. At the end of the day, no matter how 'perfect' you may deem someone's life to be, they will always have something that they aren't happy with in their life.
No matter tear what your occupation, everyone deserves privacy and to feel safe in their own home. 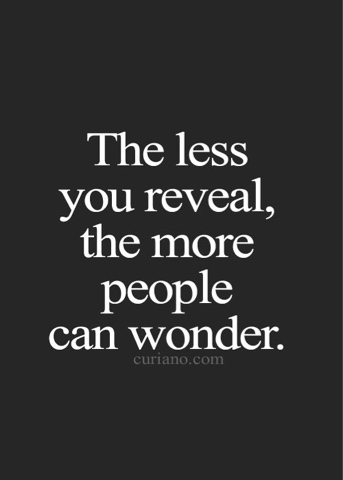