10 Things You Should Know About... Psychosis 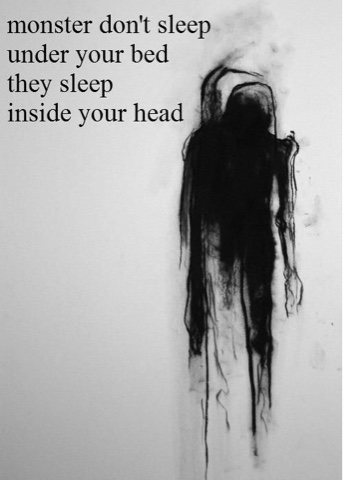 1. Psychosis is not a condition in itself, but it is induced by other Disorders, e.g. Schizophrenia, Bi-Polar and sometimes, depression
2. 1 in 5 of those experiencing psychosis will attempt suicide. Whilst one in twenty-five will succeed in killing themselves.
3. A sufferer's lack of insight into their symptoms and experiences often means that help and support is only sought when family and friends etc. notice that something is wrong. It is important to have early intervention
4. The severity of a person's psychosis will decide the appropriate treatment, help support. This can vary from anti-psychotic medication, Cognitive Behavioural Therapy (CBT) and admission to a psychiatric hospital; both voluntarily and involuntary.
5. When a person presents with psychotic symptoms, the first step is often to determine whether it has a short-term cause, such as substance abuse.
6. Traumatic experiences, brain tumours and Parkinson's disease, can often trigger psychosis.
7. 3 in 100 people will experience an episode of psychosis in their lifetime.
8. One of the main symptoms of psychosis is to experience hallucinations. Hallucinations can vary from auditory, visual, and tactile; with the most common experience being auditory hallucinations in the form of hearing voices.
9. The second main symptom of psychosis is experiencing delusions; this is when a person believes something that rational people would easily deem to be obviously untrue.
10. Often as a result of their hallucinations and delusions, those with psychosis can experience a difficulty in social interaction, an impairment in carrying out daily tasks and exhibiting blizzare and unusual behaviour.