10 Things You Should Know About... Borderline Personality Disorder 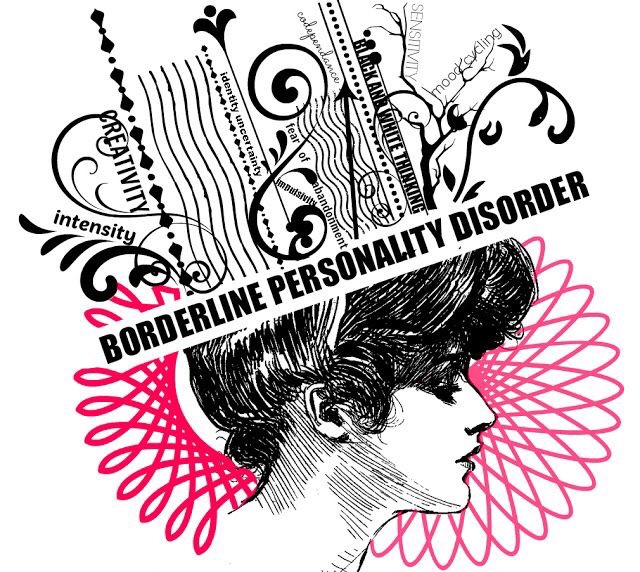 2. 8-10 of those with BPD, have experienced some form of a traumatic event in their childhood e.g. parental or sexual abuse.
3. The diagnosis originates from the belief that sufferers are on the border of being psychotic (when can't deferentiate between their perception and reality) and neurotic (mentally distressed but aware of reality).
4. The diagnosis criteria to diagnose someone with BPD has changed but it largely involves ensuring the person as a particular number of possible symptoms. These range from being impulsive, self-harming, experiencing uncontrollable anger, dramatic mood swings, and fear of abandonment.
5. There are many debates and discussions regarding the use of 'personality' in the Disorde's title after concerns over the negative connotations it provokes in others.
6. There are still staff in the mental health industry today who refuse to accept BPD as a diagnosis, believing, instead, that those who may be diagnosed are merely attention seekers.
7. Dialectical Behaviour Therapy (DBT) is the recommended treatment for BPD suffferers, with some requiring medication or specialised therapy (such as trauma therapy) alongside this.
8. There are now particular hospitals all over the country that specialise in, and only admit those, with a diagnosis of a Personality Disorder (there are more types; it isn't just BPD). The premis of this, is that those with a diagnosis such as BPD are better supported into recovery by staff who are specially trained and in an environment that is best suited for their symptoms and behaviours.
9. Often, BPD sufferers experience a variety of hallucinations that range from auditory to tactile. Mostly, these are related to stress, but occasionally they can originate from another mental health Disorder such as transient psychosis.
10. BPD is often part of a dual diagnosis - where a person is diagnosed with more than one Disorder, such as Anorexia, Anxiety and Obsessive Compulsive Disorder.