"How long am I going to see you for? I mean, is it worth getting attached?" 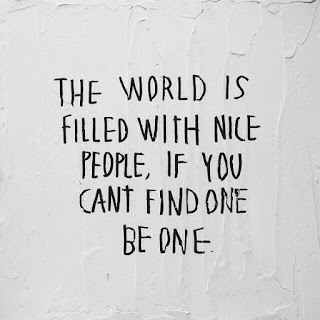 I don't know if I've properly talked about my community support on here; so, in case I haven't... When I was being discharged from hospital, I had a Case Manager who put together a 'package' so that I would be supported in the community. One part of this, was Richmond Fellowship. Initially, I was reluctant to work with this service because in the run-up to going to hospital, there was a few different options to avoid me having to go over 100 miles away from my Mum, and one was an inpatient service known as Pele Tower that was ran by Richmond Fellowship. My CPN took me to visit it and I didn't like that it was mixed gender yet the bathroom (just one) was communal. I also found out that there was no support staff during the night (a time that was particularly difficult for me); instead, each service users had to take turns in being responsible for everyone during that time. Then when I went outside with some of the service users (and no staff), I found that a lot of them felt they'd not improved in anyway as they shared tips on where to keep contraband items so that the staff didn't find them, and stories about ways to self-harm and have it go unnoticed. They also told me that the service user the staff had just been gushing over, and using his discharge as evidence that the service worked, had actually decided to leave because he felt he wasn't getting any better there.

Poppin' shit on how you flipped ya life around, crock-of-shit
Who you dicks try to kid, flipped dick, you did the opposite
You stayed the same, cause cock backwards is still cock you pricks
- Eminem ft. Bruno Mars - Lighters

When I told my Case Manager the whole story, she assured me that I would just be accessing the community support service and so, I had nothing to worry about. 'Besides,' she told me 'even Pele Tower is completely different!'
I'm so glad that she helped change my mind because my support workers from Richmond Fellowship are absolutely fantastic! And through them, I've been able to recognise that one of the many changes I've made in my recovery from Borderline Personality Disorder, has been to my thoughts and feelings around two key difficulties those with BPD often experience: relationships and abandonment.
On Monday (24th October) I had a support session with a new worker (I'll call her G) who is filling in for my primary worker (I'll call her E) whilst she gets married and enjoys her honeymoon! There'd been some confusion though, as to how long I'd be seeing G for because E is also leaving her current role so no one seemed to know whether G was temporary whilst E was getting married or permanent to replace E in leaving her job.

"How long am I going to see you for? I mean, is it worth getting attached?"

As it turns out, G is temporary; but I still asked her a million questions about her life to get to know her. And I still kept my appointment. And I still enjoyed our time out. And I still got our next session booked in.
All of these things, which seem so simple and trivial now, would have never occurred a few years ago. Back then, one of my key BPD behaviours that affected my relationship with various (and most) professionals was the irrational fear of abandonment. I'd be scared to trust anyone because I'd always feel let-down if they were to make any decisions that I didn't agree with. Looking back, I can see how selfish and irrational this sounds but you have to remember that I was not in a rational mindset; and feeling as though you're the only one going through this (the self-harm, the suicide attempts, the hospital admissions, the hallucinations, the memories...) can cause behaviours that may, from the outside, seem selfish. But back then...? If someone involved in my care changed jobs or had time off (even if it was through sickness) I felt like they were giving up on me; that they no longer believed I was worthy or deserving of their help and support and that I would never get better.
The irony in this, (and in many beliefs that BPD causes you to have) is that through the behaviour the belief had caused, I did actually isolate myself and make it almost impossible for professionals to support and help me.
And let me tell you, it feels a hell of a lot better to do things the opposite way!
Labels: advice, changes, happiness, help, mental health, poorly, positives, recovery, relationships, staff, support
SHARE:
Newer Post Older Post
Home