[Note: Due to unforeseen circumstances the programme for this event is currently not available for publishing]

How Cygnet became involved in my life
If you're new around here (Hi!); then you may not know the circumstances in which I'm NOT Disordered came about...
It was because of Cygnet Healthcare
After three years (2009-2012) of self-harm, hallucinations, suicide attempts and hospitalisations (both Psychiatric and Medical), a Doctor suggested my Care Team look into a long-term Hospital that specialised in Personality Disorders (I was diagnosed with Borderline Personality Disorder in 2010). My CPN found that the nearest of such Hospitals to where I lived (Northumberland) were The Retreat York and Cygnet Hospital Bierley; and I agreed to have assessments with the staff of each because I was convinced that I'd have committed suicide by the time things were actually being planned. 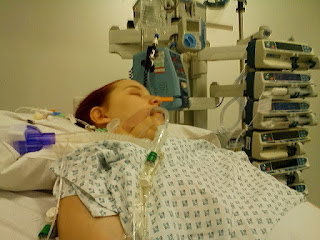 Ironically, as it turned out; it was the fact that I almost succeeded in committing suicide that caused me to be admitted to Cygnet. I remember waking up in ICU, finally off life-support, and my upset Mum was telling me I needed to go.
To actually be admitted involved a lot of meetings (that I had no involvement in!) to have funding approved (Cygnet is a private healthcare provider); a process that would usually take months, but after leaving ICU on the Thursday, I was in Cygnet; and detained under section 3 of the Mental Health Act (1983) by the following Tuesday.
The ward I was on was specialised in Borderline Personality Disorder; which meant two things:
1. All of the other girls/ladies/service users/patients (everyone prefers different titles) had the same diagnosis and therefore, some similar (or the same, according to the DSM) 'symptoms.' When you consider that key features in BPD are unstable moods and relationships, and uncontrollable anger; you can pretty much guess what the negative repercussions and consequences of this might be.
2. The ward 'rules' were centred around what professionals had come to perceive as the best response and treatment for those with BPD. 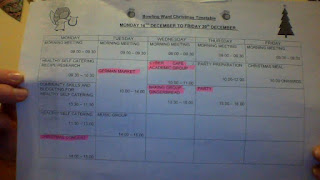 Life at Cygnet, was a timetable...
You had to choose so many groups (I can't remember the exact number) to do during the weekday; I remember that I picked Arts and Crafts and Reading, and then I'm pretty sure I chose some sort of sports/walking group because there was rarely enough staff to organise the walks, and my many physical problems meant I wasn't allowed to do the sports! I think there was some kind of personal project one where we got time upstairs at the computers...
Then there was the groups that were automatically compulsory (!): group Dialectical Behaviour Therapy, 1:1 DBT sessions, DBT Review group, psychology sessions (although they were not part of everyone's treatment plan), a kind of support group around Self-Harm, and Morning Meeting (where we each had to say how our night had gone and how we were feeling then; and the opportunity to raise any issues to all of the staff who attended) and Reflection; which after tea at about 6pm (?) and, as its name suggests, we each had to say how our day had gone and how we felt then.

And it was on one random evening in January 2013 that I returned to my room after a 1:1 with my Named Nurse (one of the greatest ladies I have ever known), looked at my laptop on the hospital bed; and decided that I wanted to type out everything we had just talked about and everything that I was thinking and feeling in that very moment. I have no idea why I set up a blog rather than use Word, but maybe that's just another sign that I'm NOT Disordered was meant to be. And why I was meant to be a Blogger.