Thursday, 29 December 2016
Note: Go to the pre-event promo to see the event poster, and to read more about my working relationship with Time To Change  .


TIME TO CHANGE'S FESTIVE NETWORKING EVENT IN THE NORTH EAST 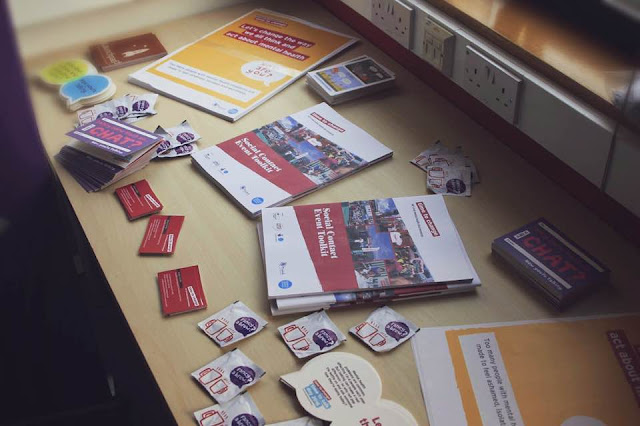 A Time To Change event, you say?
Networking, you say?
With 'festive' in the title?
See you there! 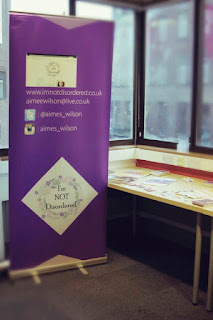 I believe that these networking events are so essential in spreading Time To Change's message to raise awareness of mental health stigma and the work they do to tackle it. Time To Change's Angela Slater (Regional Community Equalities Coordinator) explained that the motivation behind such events; the reason they're so essential, is because it connects people in so many different ways. Ways that can be beneficial to a lot of people. The event provided the opportunity for many organisation representatives to meet with Experts By Experience who can offer their unique skills to any mental health work; and by having a number of different groups, companies, and organisations there; connecting with one another also meant shared resources and skills, and help for one another who might be stuck for ideas, unsure on how to move forward with an idea, or just completely inexperienced in mental health work, campaigns, and events. 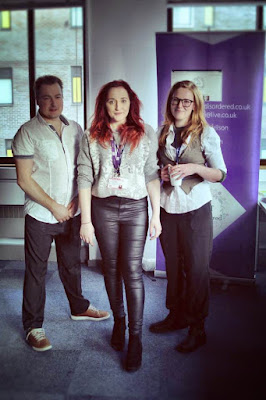 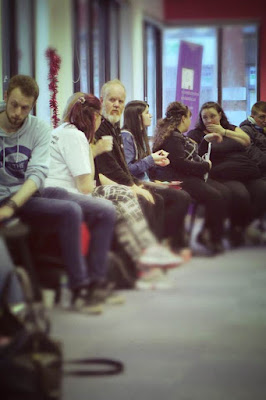 I've always said that your environment can have a huge impact on your motivation (or lack of) to work/be productive. So, being in a warm room that's 'dec'd' with tinsel and a giant cardboard snowman, and smelling of cocktail sausages, coffee, and mince pies; instantly had you in that 'excited-and-happy' Christmas spirit! For me, that kind of feeling can spread around an entire room; so that as well as the tempting smells of the food buffet, there was also an excited and almost hyper, atmosphere in the room. Everyone was eager to meet with everybody and to talk about everything... And to eat everything!
[This event was held at Broadacre House, Newcastle] 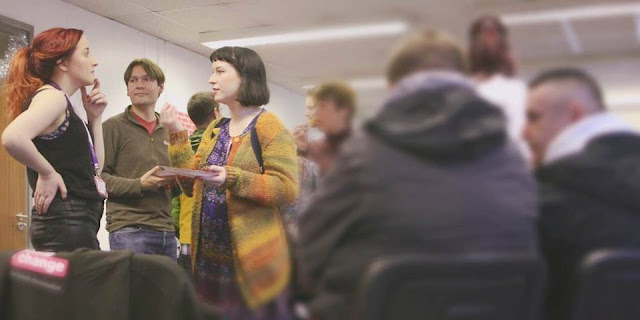 The group was massively varied; with individuals working as artists, counsellors, body therapists, carers, Time To Change staff and volunteers, and representatives from Newcastle University via Mind The Gap, User Voice, Age U.K., Pepsi, Northumberland, Tyne and Wear NHS Foundation Trust(NTW), Mind, and Investing in Children. The mixture of roles, experiences and responsibilities, made the introductions and group chats that bit more interesting and exciting; with people constantly taking notes when hearing from someone they might benefit from having a partnership/collaboration with. 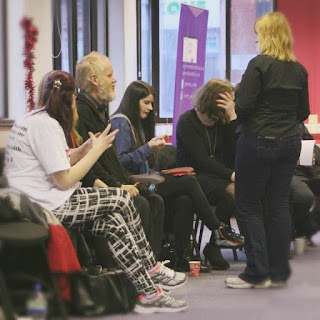 We talked about how, as different as everyone may be, everyone had experienced 'wobbles' in life and some individuals shared the personal experiences that had first motivated their work in raising awareness of mental health and campaigning against the stigma held against it. Andrew Lister; the President of Mind The Gap (a Newcastle University Student Union mental health society), talked about how the limited mental health services available to students of Newcastle University had inspired him. A few of the Newcastle group of Time To Change Champions, mentioned how their own bad experiences as an inpatient in mental health services, had given them the determination to make changes to prevent others from having that same experience. One volunteer, talked about how volunteering can actually be beneficial to her mental health and was met by a lot of agreement when talking about areas of improvement for Child and Adolescent Mental Health Services(CAMHS). A representative of Investing in Children was particularly in agreement with talks about a project intended to give CAMHS service users a voice that would actually make a difference in causing services to make changes and improvements. An ex-service user; attending the event as a Peer Support Worker with NTW, talked about wanting to have people move away from using the word 'recovery' (and replace it with 'discovery') after personally finding the contradictory and varied definitions of it, detrimental to his mental health. 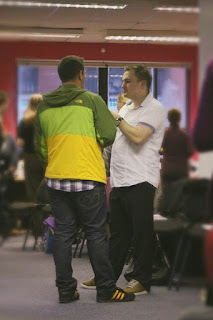 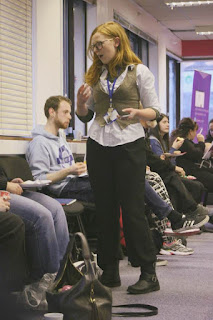 The representatives of companies and organisations, spoke about both their current, and upcoming work around mental health. And not only did this benefit each other by means of inspiration, it also allowed volunteers to hear about very varied, and unique work that they'd like to be involved in. 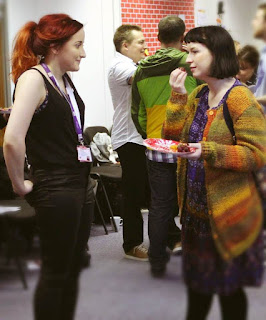 Mind The Gap talked about how the success of their Conference had led to support from the University to hold another in 2017, and NTW shared their mission for future projects. NTW's Communications Advisor, Esther Beadle explained that the intention behind their recent mini campaign; #peoplenotplasters was to illustrate the importance of getting help with mental health difficulties and show that the staff and professionals who provide these services are people too. People who have their own mental health issues which; Esther said, was something that she, personally, was experiencing.

The Pepsi Mental Health Champion (and Time To Change Employee Champion), began an exciting conversation among the group after saying that the one thing she wanted to get from the event, was tips, ideas, and advice, in preparation for Time To Talk Day. And so everyone began sharing ideas, with some volunteers asking to work on different projects. 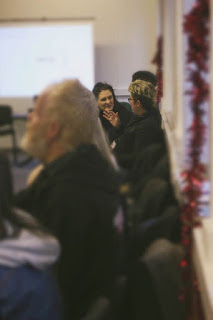 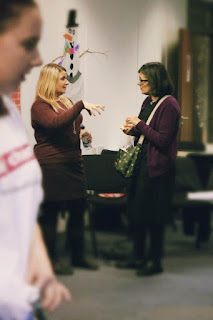 This, had been another reason to host such an event - to bring together people from different organisations and have everyone knowing what is going on in the area so that more people can get involved and help and support one another. And to aid everyone to do so, Angela Slater talked us all through the Time To Change website; which provides tools to make it easier to get involved in tackling stigma and the tools TTC offer to help you do so. The website's two key features for this, are the events page to use as inspiration, and the Resources page where you can easily create a poster or other advertisement (there's even bunting!) for your own event whilst still including the Time To Change images, logo, and colour scheme.