Saturday, 7 January 2017
EXCLUSIVE TO I'M NOT DISORDERED READERS:
GET 10% OFF YOUR OWN TRIP WITH PASTUREWOOD HOLIDAYS WITH:
GLAMP1A3S5T
*T&Cs apply. Please see below.* 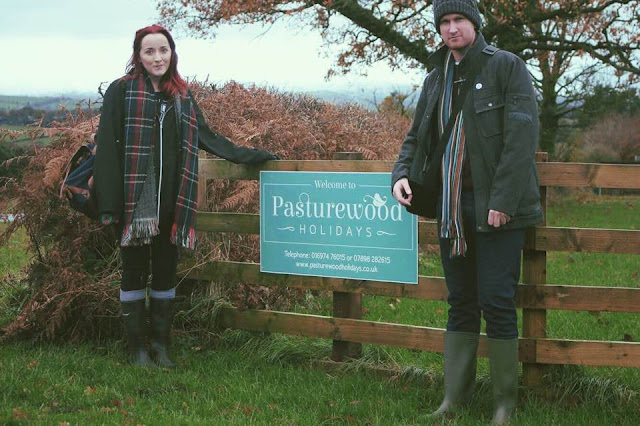 
In a post not so long ago (PDA or Expressing Love? [WE GOT ENGAGED!!] | Ad) I talked a little about Pasturewood Holidays being the location of Ronnie's proposal, and so I wanted to dedicate an entire piece to this amazing, and special glamping location!


Before Ronnie and I went along (21st-23rd November) I had actually already been to Pasturewood with one of my best friends, Lauren; (you can read all about that trip here!) and it was actually her who got the ball rolling for this trip with Ronnie, when she told me that Pasturewood had an offer on for stays in the 'pods' between set dates.
I was really excited to go along with Ronnie and to have some time alone. Together.
When I'm with Ronnie, I feel as though we're in our own little bubble - a pink, heart-shaped bubble of love - and that whenever we are, I need to be reminded that other people exist! So the thought of having a few days in that bubble were an absolute dream! 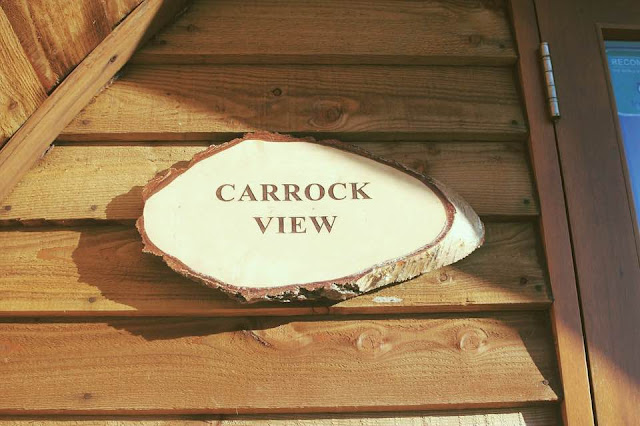 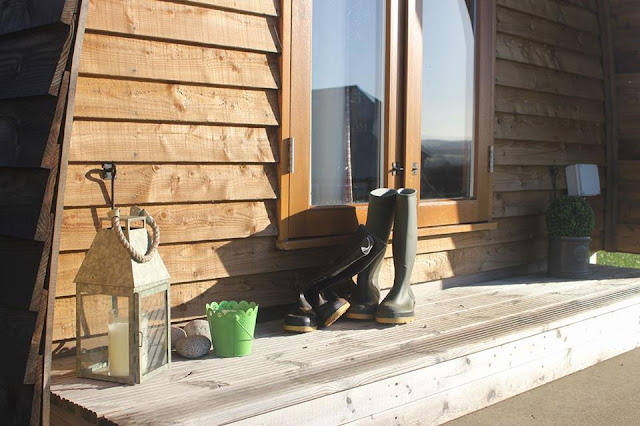 On the day we drove across to Pasturewood, I was, admittedly, a little... over-confident? Lauren and I had a mix-up when we had gone to stay there so I was sure that Ronnie and I would get it right... Unfortunately, I fell asleep on the drive across; and having been told Pasturewood was half an hour from Carlisle, Ronnie headed straight for the city centre!
So we didn't quite arrive at the time we'd thought we would; which meant the darkness had already crept in when we pulled up alongside the Pod Lauren and I had stayed in.

It was lovely to see the owners again; Rachel and Richard, and they were still just as friendly and kind as when I'd come with Lauren.
We spent the rest of the first day unpacking, and I showed Ronnie my favourite small touches to the Pod: how the bed fits perfectly into the little nook between the en-suite bathroom and the outer wall, the matching coasters and place mats with their woodland theme (Rachel, one of the owners, said she was like a kid in a sweet shop when it came to doing all of the interiors!), and, the size of the shower!
I think that Pasturewood Holidays have the perfect balance of basic and luxury! BUT! I must warn all of you social media addicts/Bloggers/YouTubers etc - there is NO Wifi. And for most networks, no signal. Some, might find this appealing though... (I'll be talking about my thoughts on this topic soon!)

We decided to have a lie-in on our first day... Bit of a mistake, because it takes me about 2 hours to get ready and with the darker nights, it was already quite dark by the time we left the Pod to go on a long walk.
I took us on the trek Lauren and I had done because, once again, Lauren and I had got lost so I was super confident that we'd get it right now I knew the way! And this time, unlike the drive across, we did! I don't know about any of you guys; but I still find it amazingly odd to have the exact same experience with two different people and for it to be completely different! Although, we did still have the potentially fatal slips in mud and cow poo, and The Crazy Sheep Moment where they all turn at the same time and stare at you until you've stopped vlogging the freaky moment; and instead, realised it was actually more of a scary, slightly terrifying moment! 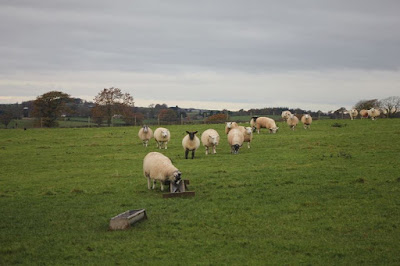 That evening, we braved the arctic (I could be exaggerating here) temperature and winds to visit the BBQ House; a new installation since Lauren and I had stayed at Pasturewood. I must admit, I was a bit of a party-pooper at first, by 1. Feeling like the only way to get warm would be to sit on the fire 2. Thinking that there was no way Ronnie would succeed and actually making us edible burgers (sorry R!), and 3. Dreading the smell of smoke that would inevitably be stuck to my clothes and hair when we got back to our Pod. But; the fire and gazillions of fairy lights made the place nice and cosy, the burgers were bloody delicious and I remembered the waterfall shower head waiting for me back in the Pod!
Little did I know, that R had something else waiting for me there too... 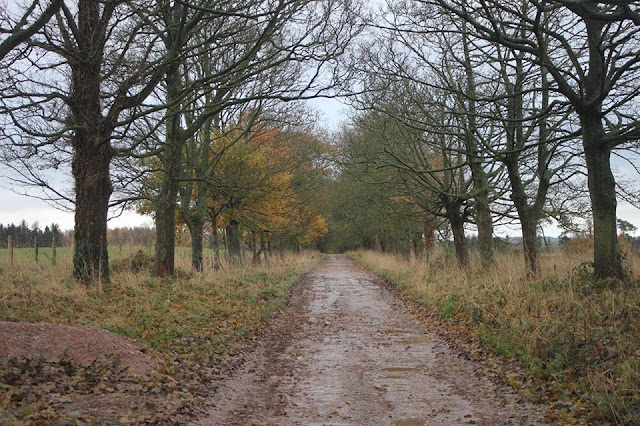 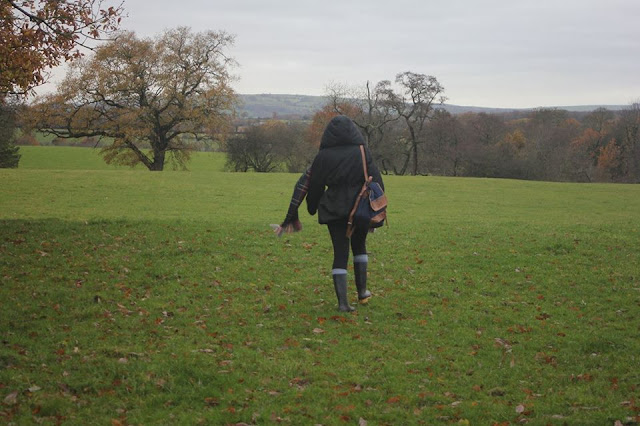 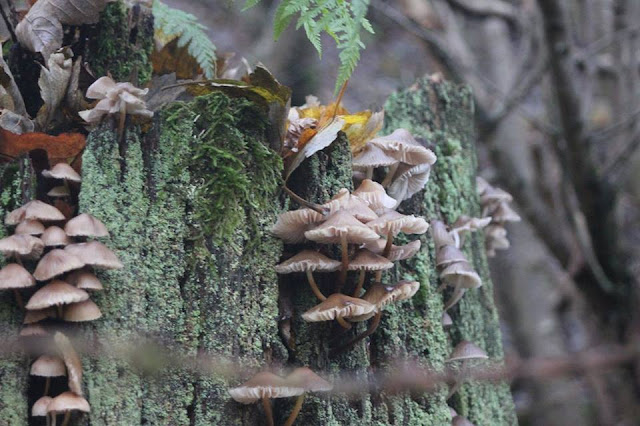 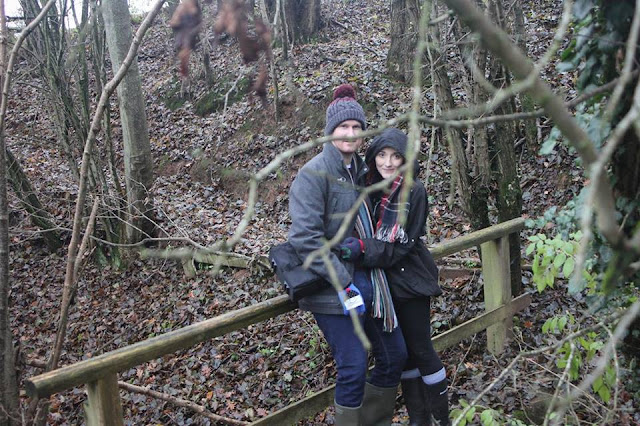 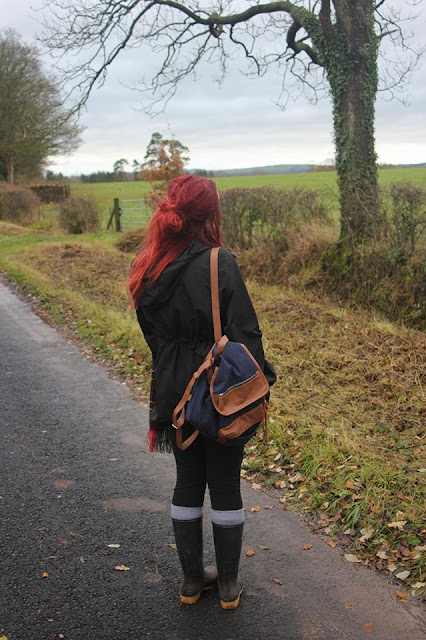 Now, those who have followed I'm NOT Disordered for quite a while will know that I have problems with urinary retention and why I do - I LOVE that this is the start of the story of the proposal!! So I was basically suffering from this problem on our last night, and I kept going back and forth from the bathroom to the main part of the Pod to get different things to try and distract myself with while I sat on the loo! [Note: I later found out that this had meant I'd actually walked past the ring about 3 times] I eventually made progress at about 1am and when I came back into the main Pod, R was sat up at the top of the bed and I just did a flop down on the end of the bed and kind of threw my bottle of water towards Ronnie and this big black thing bounced up off the bed and hit me in the face. And I picked it up saying "what the f@#! is this?!" Realised it was a ring box, opened it and saw the greatest ring EVER! It was like everything stopped. I felt like... I was just so overwhelmed and wanted to jump up and scream and I just kept thinking "is this really happening?!" But once I saw the ring I held the box out to Ronnie in my left hand and turned away from it to bawl my eyes out into my right hand! And then I could hear R tearing up and my mind was just going 'shitshitshitshit!' and I turned round and he asked me, probably, the most important question of my life. I can't even remember if I actually said out loud 'yes!' I remember it going onto my finger and I just clinged onto R like one of those little monkey's do on their mamas! And after a while, I said I could just fall asleep in that same position because if we just fell backwards, we'd be lying down in bed!

I feel asleep watching it sparkle! 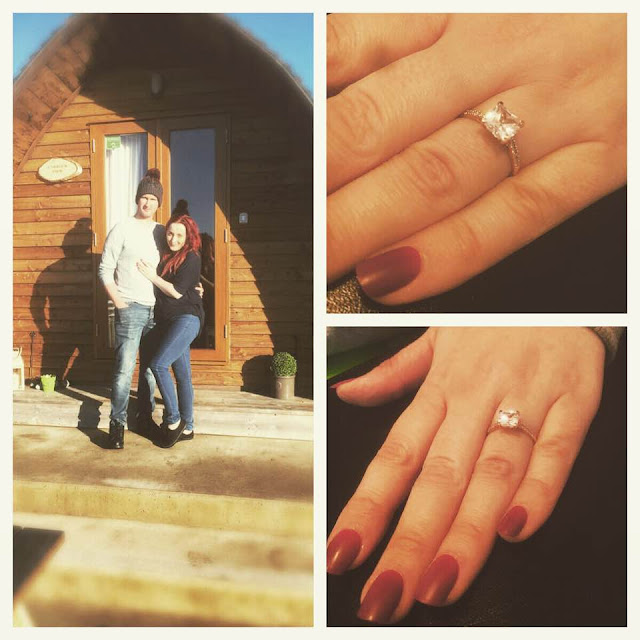 *Terms and Conditions: 10% discount is only available a minimum of two nights stay, mid week only: Sun, Mon, Tues, Wed, Thurs.
To use the discount code go to: http://www.pasturewoodholidays.co.uk/  * 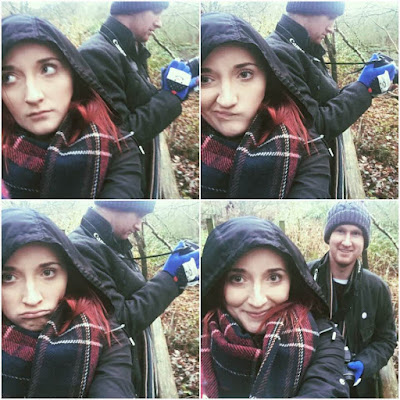