[Note: all photos are credited to Vicky McNally and Cygnet Healthcare and Raf Hamaizia with all of them edited by myself via Moldiv] 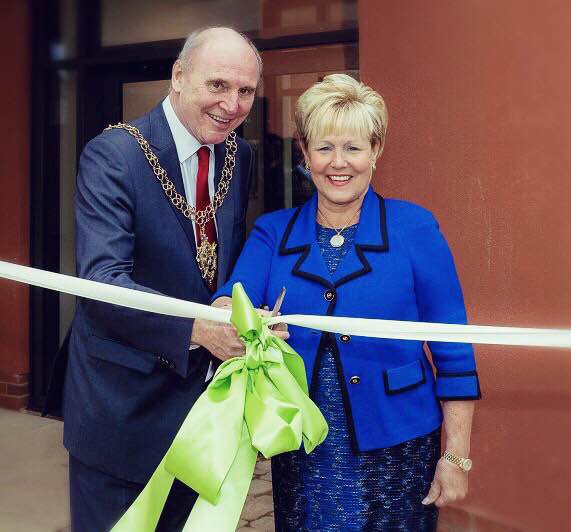 As my car took numerous lefts and rights through a housing estate, I thought that maybe the driver was lost; Cygnet Hospital Coventry was so new that there wasn't even any signs to the building, and the driver had to use Google Maps after discovering we'd been driving in the wrong direction for ten minutes!
After yet another bend, I spotted the top of a modern, and clearly well-designed building that stood out among the terraced houses. And although, saying that the Hospital stood out and was completely different to it's surroundings, I don't think of that as a negative thing. Personally, I found that having Cygnet Hospital Bierley (where I spent over two years of my life, and 1 of the 21 Cygnet Hospitals in the U.K.) in the middle of a housing estate - but at the same time, with easy access to the motorway, supermarket and a woodland area - very motivational. For me, seeing young people in groups pass by, laughing and on their phones, was a healthy reminder that not only did life exist beyond the Hospital walls, but also; that it was reachable, in the deepest sense of the word. When freedom; from thoughts, hallucinations, and urges to self-harm, felt so far away and impossible, I could see that it actually wasn't too far. 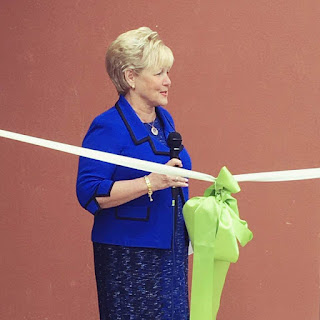 The person cutting the ribbon to metaphorically give that opportunity to up to 56 (the amount of beds at Cygnet Hospital Coventry) more females in the U.K.; was Debra K. Osteen, President of the Behavioural Health Division of Universal Health Services or UHS (Cygnet Healthcare's parent company). After the whole where's-the-mayor-gone and inevitable failure of the sharpest scissors to cut the thinnest of ribbons; I was introduced to Debra, and I began the conversation with: "what was your job title again?" I had no idea that Cygnet had a 'parent company' so it was really interesting to hear all about UHS and it's base in America; where they have additional hospitals (but not under the Cygnet name). Then the fantastic Corporate Governance Director, Vicky McNally, told Debra that I'd been filming her speech and ribbon-cutting skills live on Twitter and how many people I'd had watching. Debra asked where I'd gotten all those people from and everything just rolled on from there; my blog, its journey and that it was born in Cygnet Hospital Bierley. This led onto my story, and we talked about how Bierley had been the nearest service to where I lived in Northumberland that offered specialist care for Personality Disorders. After explaining how it was saddening, in a sense, that I'd been told at Cygnet that; if I had lived in their area then just taking one overdose in the way I was taking them, would've seen me admitted. Instead, because I had a different postcode, it took over 60! That, led to my pleas for them to bring more Cygnet Hospitals further North! 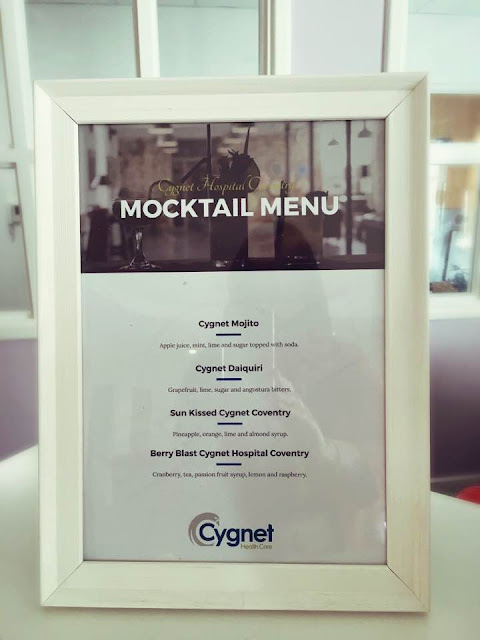 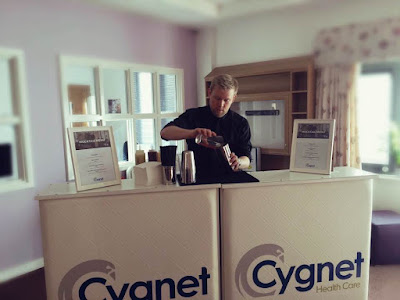 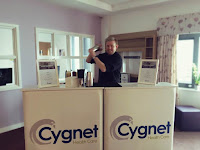 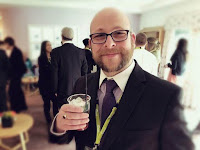 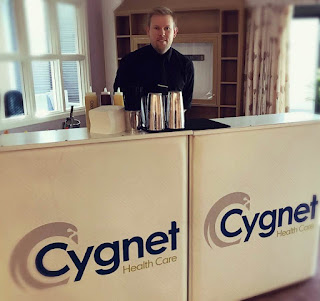 Then we got onto the subject of having 'Experts by Experience' aka ex-service users/patients having more involvement. Among the many ways Cygnet are doing this is within decision-making, through their encouragement of people expressing their thoughts, feelings, and opinions on any changes and/or prospective changes.
I think that Cygnet are raising the bar for service user involvement in services, by not only hearing and respecting the ideas on ways to improve the service by those who've actually experienced the service; but also, by genuinely considering - and in most cases implementing - them. I told Debra, and the small group of senior staff who'd gathered around us, how we (fellow service users on Bowling Ward at Cygnet Hospital Bierley) had a few experiences of being having a new Ward Manager who would spend a shift on the ward in their private office, before attending a group Reflection meeting, where they would implement new rules. Sentences often heard on the ward were "you have no idea!" "We're the ones who are here 24/7!" "We know what'll work and what won't." "It's ok for you, you get to leave! You won't see all the fall-out and consequences!" Inevitably, those new rules that we (service users) had predicted a bad outcome for, would fail but then it'd be us who were shouted and blamed for the failure. It made for a poor 'staff/patient' relationship, and brought tension and animosity to the ward's atmosphere. I used that experience, as evidence of just how far Cygnet have come for me to have gone from there; to being invited to events, trusted - and encouraged - to speak honestly and openly with influential and important people, and to feel that my voice is being heard, and my efforts and work are being respected, and appreciated. 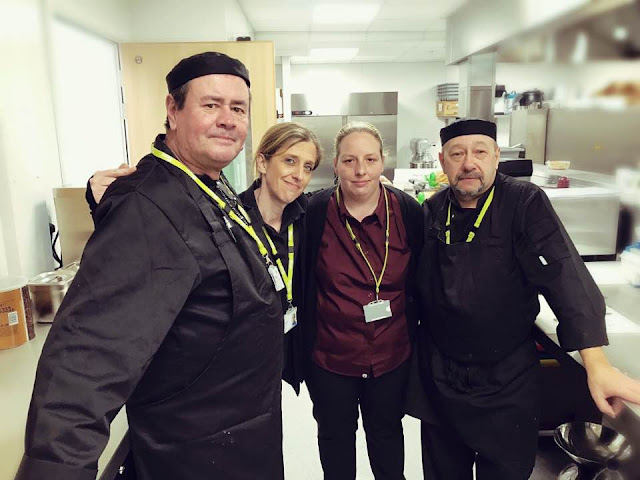 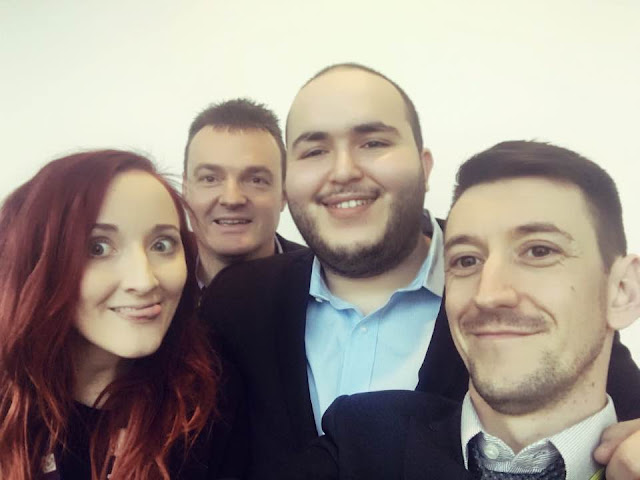 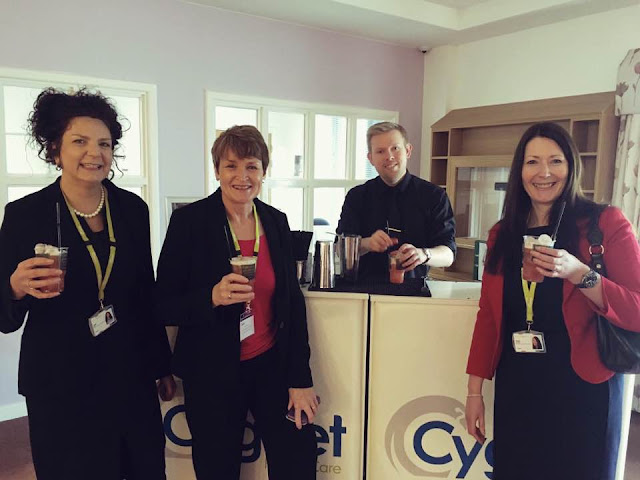 There'll be another post up very soon with a description of the tour around Cygnet Hospital Coventry!