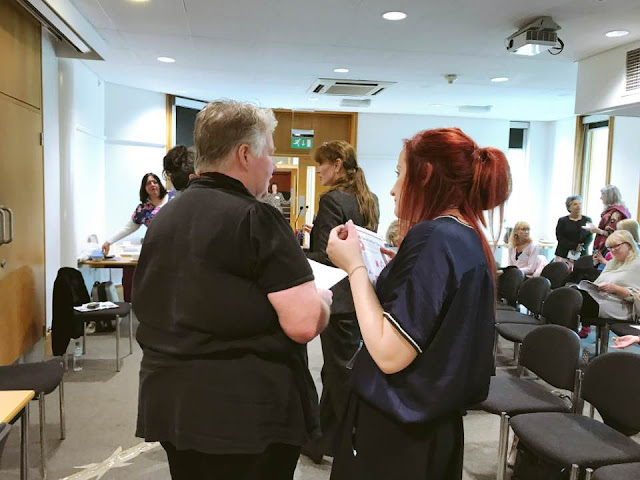 Note: this is part one of a two part book review! There are also two other blog posts about this book in the run-up to its launch event; that you can read here & here
When I was offered the opportunity to work alongside an author in the midst of launching the book; I was really excited, having never done a piece of work like this. I, myself, have always wanted to write a book so I was keen to be so close to the journey and process of publishing Lines From An Unfinished Love Song.
On receiving my pre-published copy of the book, my very first impressions as I slipped it from the envelope were of how good the size, and width of the book felt in my hands. Perfect!
The image on the front cover was incredibly eye-catching – I saw the two birds as symbolism of Gail and Lena (Gail’s deceased wife) being out in the big, wide world together; exploring just the two of them. The print effect on the trees and sun, made me think of something being worn; perhaps Gail’s mind, heart, life, soul, head… I’ve never deduced so much from a book’s cover as I did with Lines From An Unfinished Love Song. I believe it’s the kind of book cover that you could see without the book title yet, still know which book it is from. 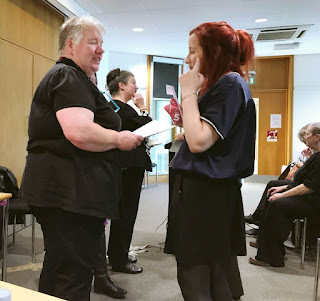 On turning to the back cover, I found it interesting (in a positive way) that Gail had chosen to include a block of text rather than the typical short paragraph you’d see on most books on the shelves these days; I believe it makes the book even more unique – if that’s possible! Reading the final line that ‘all proceeds from the sales of this book will go to Rape Crisis Tyneside & Northumberland’ (note: this is a direct quote from the author and text) made it feel that bit more special to own the book. To know that you’ve made a positive difference just because you’re holding a book; is a once-in-a-lifetime experience. My personal connections to the Rape Crisis Tyneside & Northumberland centre just encouraged me even more to turn to the first page!
Can you believe that I have written all of that before even opening the book?
Warning: this going to sound especially silly, BUT cracking open a brand new, perfect book is such a hard action – I feel like the second I do so, the book is tainted and no longer perfect. Reading the first few pages; I had no regrets!
The epigraph (‘throw your dreams into space, like a kite, and you do not know what it will bring back, a new life, a new friend, a new home, a new country’) by Anais Nin does an amazing job on setting the identity, and the theme of relationship, and travel that sets the atmosphere for Lines From An Unfinished Love Song weaves around. 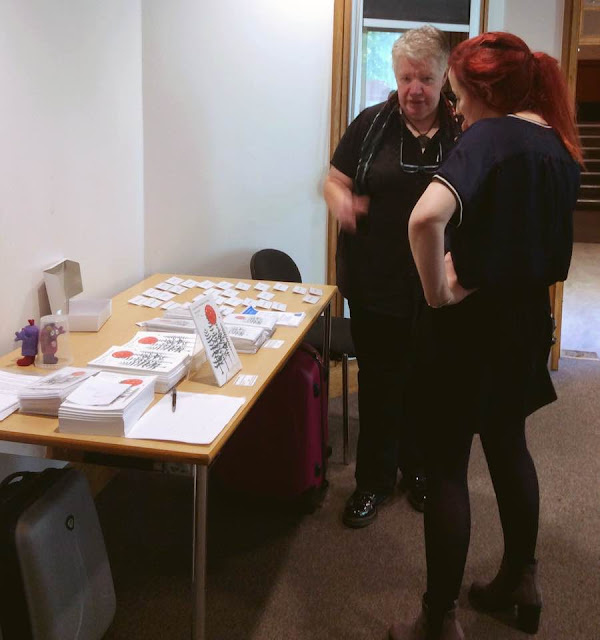 From almost the very beginning – from ‘Sandcastles on Sundays;’ I found a lot of Gail’s pieces quite fluid to the point where they were relaxing, and so soothing that I fell asleep (and not out of boredom!) From reading the italics (which explain the scenarios behind each piece) beneath the poems, I understand that Gail used this skill to become her wife’s version of Google and would often write poetry to describe places, feelings, views or of experiences that her wife (Lena) was unable to experience herself. The great thing about this is, some of the poems are so incredibly detailed that you, as the reader, feel as though you are there; having this experience with Gail too. Another piece that I experienced this with, was ‘Running Towards Freedom’; which gave the same feeling as that of when you watch a nature documentary with David Attenborough and you’re watching everything up close, in minute detail, in slow motion and high definition.
When I was onto just the third poem in the book, I knew it was going to my favourite. The poem is entitled ‘Others’ and was written by Gail when Lena seemed to be depressed whilst being stationed over 300 miles from a town and surrounded by those whom she had nothing in common with…
‘Let others lead small lives, but not you.
Let others argue over small things, but not you.
Let others cry over small hurts, but not you.
Let others leave their future in someone else’s hands, but not you
Visit all the places you yearn to see, be free.
Become all you wish and more.
Shine like the brightest star in the night sky every single day.’


As fantastic as all the poems in the rest of the book were, Others; remained my favourite. I believe, it’s something that could be written onto canvas and sold a piece of wall art. I believe you would sell millions. I bet there are millions of people in this world who find those words relate to their lives and think them incredibly beautiful… Just as I do. 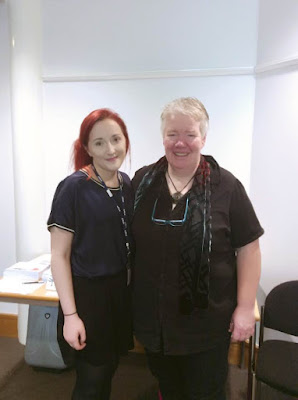 I must admit, I was always one of those people who thought of poetry as lines with the words at the end rhyming; obviously I’ve been educated since then and have read ‘poetry’ that isn’t all about rhyming. However, I was pleased to see – and found it comforting – that Gail had written, and included several pieces of such poetry; ‘Morning meadow thoughts’ being one and my favourite examples of this, being: ‘Curious, so curious.’ I read the piece in a vet’s surgery (of all places!), and found it so amusing and entertaining that I found myself stifling my laughter at the ending (Lena’s response to the lines ‘If willows weep do ashes burn, when cricketers get out? But most of all I’d like to know, What men are all about?’ in the poem); ‘I do not fully understand this, will you tell me when we meet next please, the poem and men.’ Another brilliant example of ‘stereotypical’ poetry was in the following poem: ‘Poetry of the metronome;’ my favourite lines being ‘Poetry by numbers, ten beats per line, maybe I’ll rebel today and write just nine.’ – Another giggle.
Speaking of amusement, the ending of ‘Beautiful brown eyes’?? An absolute laugh-out-loud moment! ‘Take heart and hold fast, know you are loved, just like HP sauce.’ Having met Gail on a number of occasions, I feel like these relaxing, amusing, and well-planned pieces are such a good example of her personality and character. She’s the sort of (rare) person who can be completely devoted to a deep conversation about massive life-changing issues, but could then turn to another person and have a light-hearted joke. It’s something that I think I’ve learnt how to do through my own mental health recovery and after we met, Gail and I both agreed on our similarities and the feeling that we would be friends now and not just colleagues.
I was also amused by the quirky – and slightly surprising - title ‘Sex & chocolate.’ The italics on how Lena reacted, made it all the more hilarious – ‘I cannot look at chocolate without having impure thoughts now, you have corrupted me…’
The most lengthy piece in the book; ‘I see you’ made me think about my relationship with my fiancé; Ronnie. ‘Your neck holds your heard proudly and justifiably, your shoulders display resilience and determination, they would shelter anyone well.’ If I hadn’t experienced such a love and such a relationship, then I’d have been jealous; wishing I were lucky enough to experience something so powerful, deep, strong, and happy. But since I do have that relationship, with that love; the piece just prompts me into remembering how lucky I am to have everything that I have. This also left me with an overwhelming, and equally powerful, sadness that Gail had lost the love. She’d lost her person. Having already identified myself with the poem, I was incapable of suddenly distancing myself as I began to empathise with Gail and the aftermath of ‘I see you’ with the thought of losing Ronnie. And I am filled with nothing but admiration for Gail. ‘Your words wash over me, but not all, some penetrate my skin and deeper. They are potent and luminous, reading them injects me with a glistening joy that could so easily intoxicate me, but I am neither blinded or lose myself, I know you would not want that for me. Instead they warm me, illuminate the shadow, draw me ever closer.’

Gail’s last few poems before the final one marking the death of her wife, Lena; seemed to all have a general theme running through them with a focus on the abundance of power their relationship had in the lives of each. ‘At a loss for words’ examined the emotions – and all of the subsequent complications/impacts, Gail experienced when watching Lena paint. That Gail chose to read this piece aloud at the launch event of Lines From an Unfinished Love Song showed – to me, at least – just how important this piece was to her.
Helping to gain a true understanding of what the following piece; entitled ‘Casting your net;’ meant to their relationship; Gail talks at the end about Lena’s response to the piece: ‘Lena only had to smile and peer over her glasses at me and I was immersed in contentment. She would ask why I was smiling, each time I would reply, ‘because you love me and that’s all I need.’ She blushed every time.’ Later, in ‘Winter passions’ the piece talks about the couple’s mutual support and the strength that this brought to each of them when pursuing their passions and exploring their talents: (Gail wrote) 'Although I work as an Artist I didn’t consider myself a painter. Lena disagreed. She wrote in 2013, ‘Do not tell me you do not paint. You might not use a brush but your pen makes landscapes and portraits with words deeper than patint could ever reach.’


At the end of the following poem ‘Sunrise’ Gail explains why the next collection of poems have been named ‘Grief, Depression & PTSD’:
‘This was the final poem I wrote and read to Lena in person, in August 2013. We knew we would part soon and not see one another for many months with all communications ceasing because of her new posting. Lena put on a brave face and told me it would pass quickly and that I should have coffee and brownies waiting for her in our new home. That day never arrived, she was killed in the line of duty in December 2013.