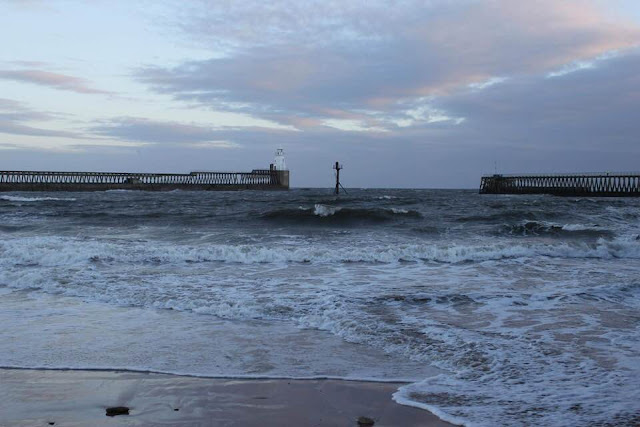 It’s an understatement to say that while I was being abused, my behaviour changed dramatically - I think it’s an obvious one though… Keeping abuse a secret can cause a lot of conflicting thoughts and feelings; a lot of pent up anger and frustration.


For me, I was angry that no one could see what was going on. How could no one see beyond my actions? My behaviour? It was labelled ‘dramatic.’ I, was labelled a ‘drama queen.’ Since then if anyone has called me that in jest or in banter then I’ve thought straight back to that bullying in High School while I was abused. Back to when I took my anger out on the teachers who were meant to have the authority to stop this sort of thing. On everyone in the one place that is meant to be safe for children and young people.

Drama can be tiring and gruelling; so I wanted to give you all advice and tips on avoiding such situations so as to maintain a healthy mental health… 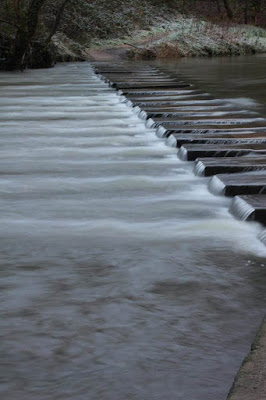 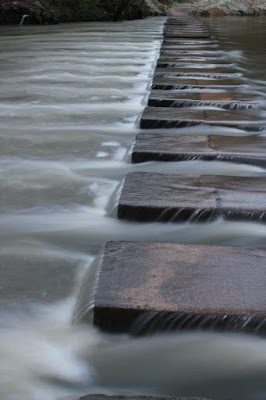 
I rarely talk about my family but let’s just say that it is because of recent actions that I am writing this post.


My family is the definition of drama. It’s the one thing we do well as a team.


It gets tiring though. And it is for that reason that I try to stay out of things. It’s hard sometimes though when a member of the family comes to you, telling you everything another has said/done; it’s hard not to have an opinion. And when a relative is in tears because of another, it’s hard to keep that opinion quiet and to yourself.


It’s important to support your family members in whatever they are going through and you can do this with feuding ones whilst being careful to remain neutral. It’s especially hard when the family members are older than yourself and you recognise such childish qualities come through during the arguments. Like everyone, family often say things to one another in the heat of the moment that they later regret saying, and can’t even comprehend how angry they must’ve been to have come out with such a thing. It’s essential not to take things serious in dramatic situations and to remain calm to avoid saying something you too will later regret.


The most important thing, I think, is to remind yourself that these people are your family. You love them more than anyone in the world. And at the end of the day, life is too short for petty arguments about who did what to who!


Luckily, being a Blogger involves a lot of work from home and that means that the only animate objects I could argue with are a cat and a rabbit (that doesn’t mean it doesn’t happen though!).


When I first started volunteering as a Advertising Assistant for a support group for those who are unemployed and on benefits, there was some… drama! I think that the group was at a point where it had lost its way, almost. It had stopped being about the positive support and was more about people’s individual agendas. In particular, politics. Politics is never really a good talking point for a group of people; it is inevitable that people will have different thoughts and opinions. And there’ll be people, like me, who don’t follow politics and have no real interest in hearing others argue over it. That first day at that job, I quit! Luckily, I did go back and discovered that the senior members of the group had realised that there’d been some miscommunication and together, we all worked out most of the kinks. I’d still say we’re a pretty dysfunctional family and on occasion, personalities, and beliefs clash.


I try to avoid the dramas by not taking anything personally, and by allowing people to talk about any feelings different to my own; in the same way that I would expect those to let me. 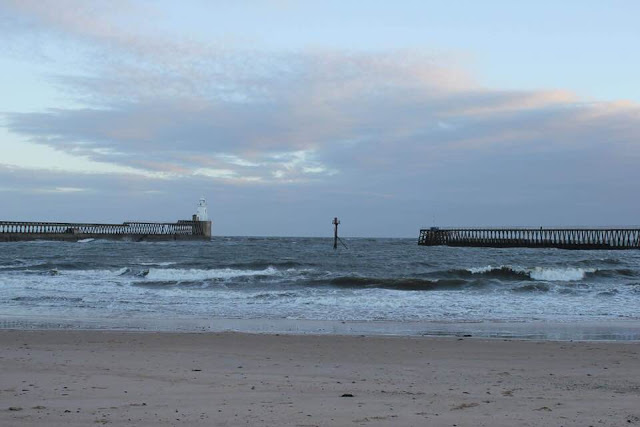 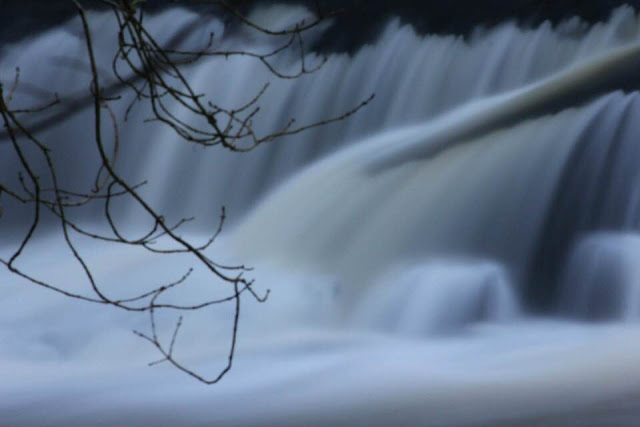 
This is definitely a drama that cannot be avoided – in most instances! I guess that the greatest way to avoid dramas in your physical health; looking after it as much as you can eg plenty sleep, and water, eat well, do some level of exercise, limit alcohol and don’t smoke… Everyone’s guilty of not doing some/most, of these things; but it’s important to try.


I, personally, have also learnt that it’s important to listen to Doctor’s orders too. If you’re diagnosed with something and are given medication or advice to get better then it’s important that you follow this and take care of yourself so that you feel at your very best and are able to do all of the things that you enjoy.


In Cygnet (the psychiatric hospital that set the ball in motion on my mental health recovery) some of the girls would pretend to be unwell (physically) or make themselves unwell to have time out of therapy sessions, activities groups (that were compulsory). They’d swap them for time in bed, and having everything brought to your room. Those who were under section and had no leave into the grounds or to see family would often fake illness to go to A&E because they were so desperate for time off the ward! Luckily, I didn’t get sucked into the cycle.


Ooooo! Final bit of advice on this one; take advantage of your local pharmacy! Pharmacists usually have just as good knowledge and advice as a GP will/does. They can also give you advice on medication and the range of over-the-counter meds is brilliant to avoid trips to the GP for minor ailments. You should have laxatives, painkillers and plasters in the house at all times! 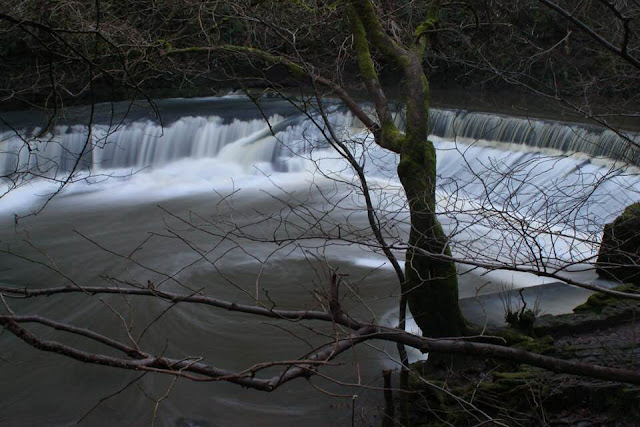 
Something I feel is such a key issue in most young people’s lives; women in particular. I think that I spent sixth form constantly listening to friends’ rant about the latest drama in their romantic life. I always just sat thinking ‘why are you bothering then?’ Friends would be sat crying, frustrated that their boyfriend wasn’t paying them enough attention or was cheating.


I didn’t have a relationship until Ronnie in 2009 so I wasn’t sure if I was best placed to give friends advice when they’d come and rant to me. I’d sit and listen but I couldn’t understand why the issue was so complex. Surely, if you’re in a relationship that’s causing drama – tiring, frustrating, drama – then why would you stay in it?


Being in a relationship, and in love; my opinion hasn’t changed. Everyone deserves to have someone in their life that makes them feel happy and loved and if you have anyone do anything else then why keep them in your life?


This is something I’ve, unfortunately, dealt with very recently; the issue of falling out with – and drifting away from - friends.


I think that I’m one of those people who would rather have very few close friends rather than a lot of friends that don’t know me well.


Planning my wedding, I’ve learnt a lot about who my friends are. Knowing that I had to decide who would be by Bridesmaids I felt myself suddenly questioning my friendships; trying to determine who I thought, realistically, would still be in my life in a few years’ time (particularly 2019 when I get married). After the questioning, it had actually been really good for me… and my relationship with my best-friends/bridesmaids!


There was a huge setback though… A huge drama. And I lost one of my best-friends because of it. My bridesmaid count went from 5 to 4. I cried for almost two days over the fallout and the horror that I could be so wrong about someone, but then I realised that I didn’t need this in my life. My wedding will be the most important moment in my life and the last thing I want is dramatics! I know that many weddings feature them but if I can control it to avoid these, then why not make the decisions and choices for that to happen. Or not happen. You know what I mean! It’s the same as with relationships; why have someone in your life who is capable of such actions/drama? It’s been a heart wrench to lose a person that I’ve known for almost ten years, and who I’ve gone through so much with; but in the end? … Everything happens for a reason and it’s sad that it took this fallout and argument to help me to see the friendship wasn’t right anymore but at least I’ve learnt it. And in time for the wedding! 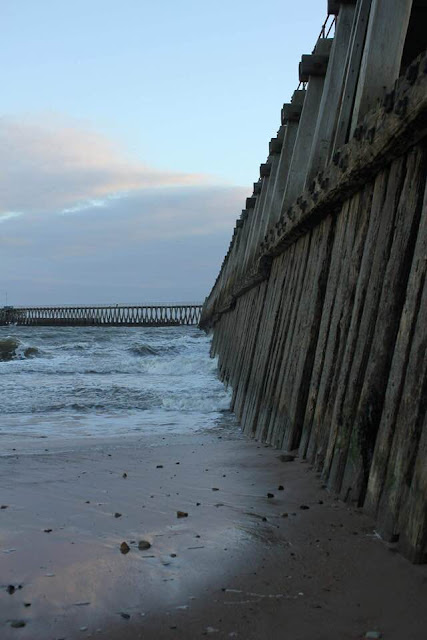 And in case they read this, my Maids of Honour, Angi and Zoe, my Chief Bridesmaid Ellie and my Bridesmaid Lauren; thank you for not leaving me. And for promising to stand by my side on the most important day of my life.
Labels: advice, anxiety, bestfriend, boys, changes, coping, details, drama, family, friends, happiness, home, love, mental health, photos, positives, relationships, Ronnie, support
SHARE:
Newer Post Older Post
Home