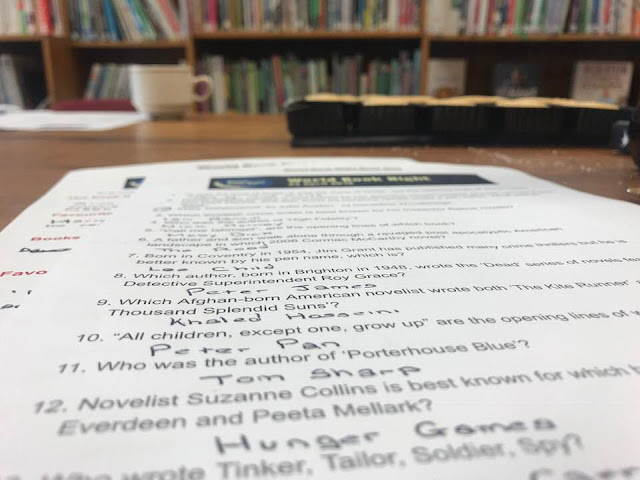 Happy World Book Day 2018 guys & girls!
To celebrate the day, I attended an event at Blyth Library: http://mylibrary.co.uk/whats-on/events/614-world-book-night-coffee-evening
[Author, Christine Melville Kenworthy was also in attendance! To find out more about her work visit: christinemelvillekenworthy.com] 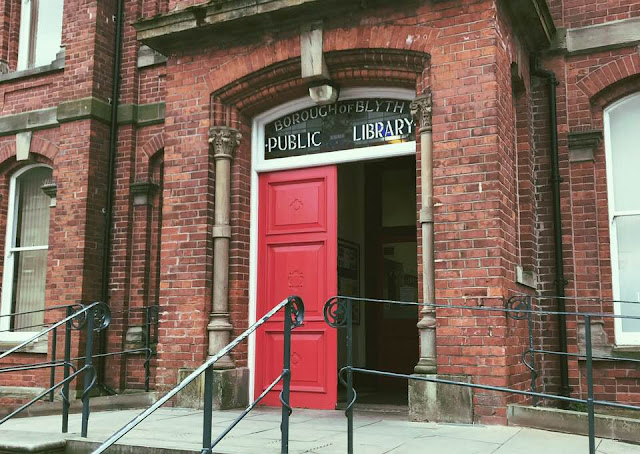 And now here's the post:
The book you’re currently reading:


ThePiano by Victoria Walter. I just started reading this short story because I’ll be attending an event later in June where I’ll be meeting the Author and I thought it was only respectful and decent, to be able to make conversation about her own work. 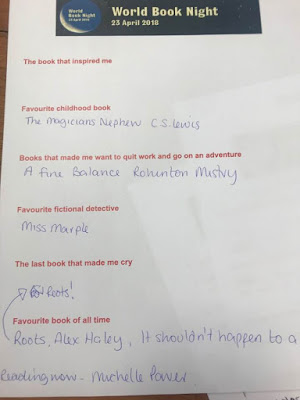 The book that was your favourite through your childhood:


The Harry Potter series by J K Rowling. There’s something so powerful about escapism when it’s magical… It’s something that is perhaps so far removed from normal life, that it could almost be possible. Like there could be Witches and Wizards among us with their own laws and spells to make us forget when we witness something magical!


The ‘Nasreen Cudmore’ series by Angela Clarke. Not realising that it was trilogy, I read the second book first and it didn’t’ take long for me to get the feeling that I was missing something. The feeling that I’d just stepped into the middle of something! I like the character of Nasreen; she’s smart and powerful – something I aspire to be like.


The book that made you cry:


TheFault In Our Stars by John Green. Like most things these days, I saw the movie before I read the book! And yes, both made me cry. The story of two young people who meet at a Cancer support group is something that is inevitable to involve a death and a few tears. 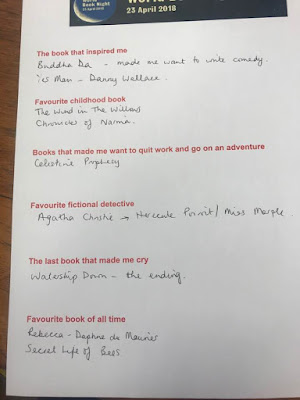 The book that is your all-time favourite:
Alice in Wonderland by Lewis Carroll. I think that pretty much every sentence of that book is a quote that can be used in reference to mental health – something that’s super helpful to a Mental Health Blogger!

The book that taught you something:


The Delirium trilogy by Lauren Oliver. The three books are named Delirium, Pandemonium, and Requiem. Delirium was recommended to me by a fellow Service User when I was an inpatient in Cygnet Hospital Bierley and I think I’ve re-read the trilogy two or three times! I think these are my favourite because they’re so… they’re very fantastical but in a way that you can imagine this all happening. The series is set in America and in an age where government propaganda has led to most citizens believing love to be a disease, with laws and rules dictating that everyone have brain surgery to prevent them from feeling such an emotion. As an example of the propaganda; the main character’s Mum committed suicide after the death of her husband and the girl was raised to look at that as the damage that love could do. 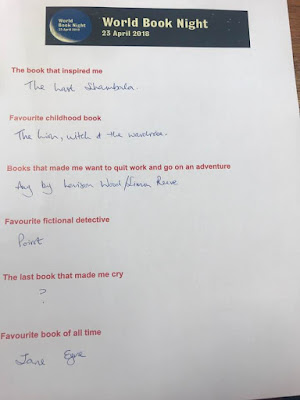 The book you’re planning to read next:


Emily’sVoices by Emily Knoll – The author spotted my recent struggles with the reappearance of my hallucinations (both auditory and visual) and offered to send me a complimentary copy of her latest novel. In return for a book review, of course!