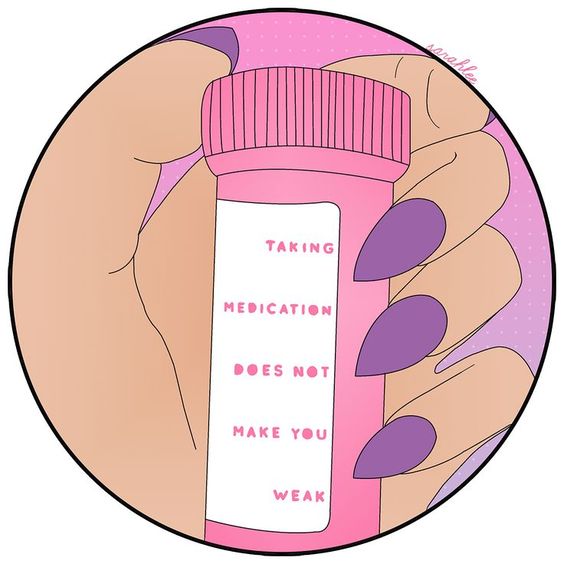 I remember in 2009 lying on my bed in my Mum’s home and listening to the whispered conversations downstairs between my Mum and – what felt like – every member of NHS staff! (Realistically, it was a few people from the Crisis Team, two Social Workers, and two Psychiatrists!) When there was a knock on the bedroom door I didn’t expect to see the six foot something Psychiatrist wearing running trainers with his suit! I sat up on the bed and he came into my abnormally, barbie-pink bedroom and sat on the futon in front of me. And then he said one of the sentences that has remained a pivotal moment in my mental health journey and you know, actually… my life! He said: “maybe it’s time we start you on some medication.”


When I first got poorly, professionals tried helping me with medication because they didn’t understand what was wrong with me. They didn’t know what was wrong with me. I think that a huge part of that was because I didn’t disclose my trauma until my second or third hospitalization so all they were aware about was that I could hear voices. I guess I can’t blame them for throwing drugs at that. At one point, my behavior was so unmanageable that I was regularly being restrained, put in a Seclusion Room, and given sedative injections (IM Lorazepam) to the point where an Optician had to be called to the Psychiatric Hospital because the muscles around my eyes had weakened from the sedatives.


Once I reported the abuse though, I was treat a lot differently by professionals. Some looked on me as though ‘she’s not actually poorly like people with Schizophrenia. This is for attention’ and others would think ‘this girl has been through so much and she’s going to kill herself unless we help her.’ The difference in attitude and perspective and - you know what? Actually, stigmatized outlook – affected now just what medication I was given or how much of it but whether I was given any at all! Once I got my diagnosis of Borderline Personality Disorder (BPD), professionals – understandably – became even more reluctant to prescribe medication with the recommended treatment for those with BPD being Dialectical Behaviour Therapy (DBT). 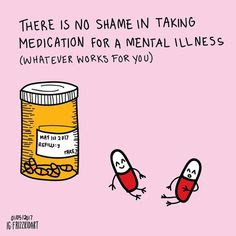 When I was admitted to Cygnet Bierley (who specialized in people with Personality Disorders) I finally felt… understood. It was like I no longer had to explain my every action; staff could either second guess it or understood it enough that I didn’t have to explain myself. And medication became a huge part of my recovery. It was all about trying to find the right drug and get it to the right dosage and then have the right combination of drugs. Sometimes and anti-depressant worked but not with the anti-psychotic and then the mood-stabilizer would work but not well enough, so it’d need to be increased but then the increase would affect the antipsychotic. A vicious circle and that isn’t even discussing that I’ve been given medication to counteract the side-effects of other medication. When I first felt my heart racing one day during my admission to Cygnet, I didn’t think much of it but when it became almost constant… The heart rate is meant to be around 70 beats per minute and at one point, mine was 153. The Cygnet staff took me to see a GP who told me that anyone in my situation would be so anxious that their heart would race but when he said I looked calm now and took my pulse… well, I was referred to a Cardiologist and put on a beta-blocker. We (the staff and I) were then faced with an issue as to whether my stability from the medication was worth me needing more medication.


Being discharged into the community, it was decided that I could still have PRN (drugs that you only take when they’re required rather than on a regular basis) medication to help with any anxiety or problems sleeping. Having these available meant that I had to learn not to become reliable on my medication. It was difficult because it would be a reasonable conclusion to say that medication helps me to keep my mental health stable. Which means I’m safe and I didn’t have to struggle with listening to the voices and avoiding the visual hallucinations.
Taking psychiatric medication in the community taught me the stigma that some people hold against it. I've found that there's a huge stigma against anti-psychotic and mood stabilizing medication as opposed to anti-depressants because Depression. I think this is probably because one of the most talked about mental health illnesses and it's almost glamourized the medication for it. Like it's trendy or something!


Around two or three months ago, I stopped taking one of my anti-depressants (Mirtazapine) after my auditory hallucinations began convincing me that it was poison. That all of the professionals; the GPs, Pharmacists, Nurses, Psychiatrists were trying to poison me. Not to kill me. Just to make me worse so that I’d be reliant on them (the professionals).


How have I gotten past this?


I haven’t. Not yet. Instead, I’ve cut, I’ve overdosed, I’ve pushed people away, I’ve overslept, I’ve barely slept, I’ve restricted my food, I’ve been angry, rude, uncooperative, hopeless, pessimistic, and negative. I’ve become overwhelmed by the hallucinations and the terrible, heartbreaking, scary thoughts that have clouded up my head like a stormy sea. Relentlessly washing over me. Hitting me from all angles. And I’m desperately trying to sail over these massive waves.


And at the moment?


I have no crew-mate. Services tell me to take responsibility. They tell me that they don’t understand how they can help me. Tell me they’re curious as to why I need support to take my medication.
Labels: BPD, changes, coping, Cygnet, Cygnet Healthcare, hallucinations, help, medication, meds, mental health, poorly, recovery, side-effects, struggling
SHARE:
Newer Post Older Post
Home