THE 'US' VERSUS 'THEM' DISCUSSION 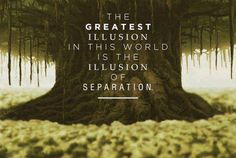 
I remember after my very first overdose when the Nurse in Accident and Emergency (A&E) told me that if I were to run away then they’d be calling the Police and immediately I was struck with the sense that I was now in a battle and it was me against them. I think it had to do with the feeling of now being in a game of cat and mouse; they were chasing me. They were trying to find me. Now there was a game to win and perhaps it’s natural, especially for someone who’s normally competitive, to be desperate to win any kind of ‘game.’

For some time, I would run away to places all over the country in a desperate bid to find somewhere I could call ‘home’ and that I could begin my fresh start with no mental health and no professionals with their overflowing files, pink section papers and Borderline Personality Disorder stigma. The problem was, every time I ran; the Police were called, and they’d track me down.


One of the auditory hallucinations (voices) that I hear, Annie; is very cunning and sly so it usually feels like she’s the one who is usually in control when these (the running away and avoiding Police) kind of things happened. She enjoyed jumping into bushes when that recognizable white, marked Police car and she likes lying. Not just about self-harm and overdosing; but also, with telling me what they need to hear in regard to my thoughts and feelings. She knows that I need to say positive and happy things in Mental Health Act assessments and at meeting with my CPN (Community Psychiatric Nurse), Psychiatrist, GP (General Practitioner) and the rest of the professionals.


Another voice; Albert, is incredibly angry and frustrated. When he is in control, I fight back against restraint, I refuse treatment for my self-harm, I run from the Hospital staff and hide from the Police. He makes this entire thing a fight. He tells me that it’s me and the voices against the reset of the world. He convinces me that only he and the voices who have my best interests at heart; the Doctors know nothing. They tell me that the professionals are the ones making me suffer by saving my life and keeping me alive when all the voices want to do is end this hardship and instill their anger in me. To remind me that I was abused, lied to, used, and hurt. So, the professionals are my enemy. They’re the ones stopping me from doing what the voices so desperately want me to do. Die.


I remember sitting on the settee in my Mum’s house in 2009 and all of these mental health professionals were telling me that I was sectioned now and had to go to Hospital to be treat for the overdose. I refused to go in the ambulance and before I knew it, a ton of big, shiny, black boots were walking into the living room in their stab vests and with Velcro leg restraints and handcuffs at the ready. I was restrained and carried from the house like a parcel before being thrown into the back of the Police car and taken to Hospital. Four mental health support workers met us at A&E and when I got off the Hospital bed and told them I was just hugging my Mum, they stepped back and I took my chance and ran for the hills! I didn’t get far but the point is, I gave it my all. I put my all into fighting back. It felt as though these people were stopping me from doing what I – what the voices wanted and in doing so, I was consumed by the conviction that if it weren’t for these professionals, everything would be so much easier. I’d probably be dead. But it’d be so much easier.


When I was hospitalized, I learnt that there were other inpatients who felt like me. Other people who looked at the staff as us (the Service Users) versus them (the staff). It was a competition – would we die, or would the staff help us long enough to save us?


I didn’t mean to be uncooperative with staff and professionals, but it was hard to learn that I needed to be looked after. That I needed others to help me. To keep me safe. I could no longer do it by myself.
But now that I'm better, it's important to see everyone as equal and to allow yourself establish a relationship with any professionals to give them the opportunity to help you.
Newer Post Older Post Home