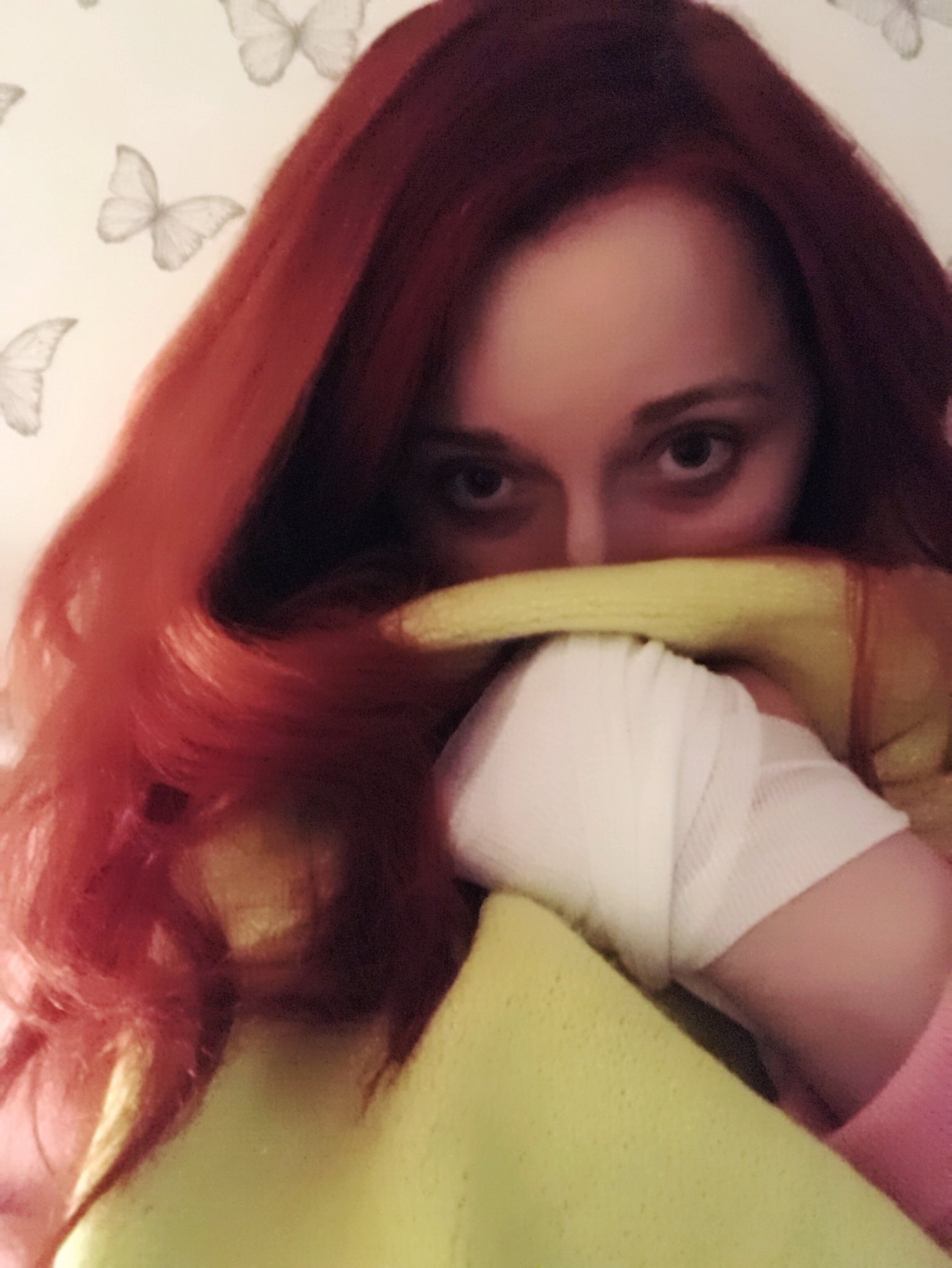 A little while ago one of my medications was increased and with the increase, came a change in the tablet’s appearance. Of course the dormant voices jumped on this and convinced me that it was poison and they reasoned that Doctors were trying to make me more poorly so that I would need them more. Naturally, their thunderous voices were no match for my own and so I stopped taking my medication (which included two anti-depressants, one mood stabiliser, and an antipsychotic).

Within a month my mood was erratic - neither low or high, but more a fluctuation of the two. And the auditory hallucinations were daily and almost constantly ordering me to self-harm and overdose. When a new voice came along (who I named Sally) and taught me to hurt other people, I was terrified! One of her demands were so specific that practically, and logistically, there was no way to make it happen. The other demand was simple but hard and something that I often feel strong enough to refuse to co-operate with.
After three paracetamol overdoses in around five days, I was sectioned under Section Two of the Mental Health Act and was taken to Northumberland, Tyne and Wear NHS Foundation Trust’s Alnmouth ward at Saint George’s Park.
This admission (which lasted just 6 days) has led to this post but it’s actually turned out that I have already published a similar post here. I have, however, decided to still write this one as there’ll be some different things I discuss and new readers may not have seen the aforementioned similar post.
Working alongside inpatient staff is massively helpful to your care and just generally make the whole admission drama free. It’s very hard to show respect and gratitude to those who may often be stopping you from doing as you’re perhaps wanting. Usually my self harm is about two voices commanding me to do so and when the staff are restraining me and stopping me from doing these things? Well, it doesn’t matter that they don’t have to hear what I hear; I’m sure you can guess... And it has taken a long time; but I’ve learnt to talk about the face that when the voices are in charge, I want to be dead. But as soon as I’m back, and it’s me in control, I want to be alive and I want everyone- including me - to do all that is possible to save my life. When I don’t co-operate it makes everything 100X worse because it means big, burly security guards and restraints and injections... and that’s where my Advanced Statement (something I’d recommend all mental health service users have!)

This is a hard one to do in a medical hospital admission or in a short-term psychiatric stay. Sometimes, though, the little things in life make a huge comfort and provide reassurance when you’re in a really scary situation. For me, I like to pack my iPad (for Netflix and the Sims FreePlay!), my iPhone (to keep up-to-date with friends, family, readers, and followers, a book (I’ve just begun reading Everything Everything by Nicola Yoon), toiletries, a cuddly toy and spare clothes and underwear. For a lengthy admission you’re talking a suitcase full of my favourite beauty and toiletries and makeup products, plenty of clothes and underwear, slippers, a cuddly toy, a couple of books, and even my duvet cover! Nothing is the same as being at home but if having your own toothpaste makes the admission more bearable...

It’s crucial that you find someone you can talk to. And it’s not necessarily even about trusting them. Trust can be a challenging five letter word; especially in mental health! A lot of people who struggle with a mental health illness, have difficulty trusting - not just professionals but in general too. When I was abused by a person who was in a position of power and respects, I struggled to build any trusting relationships because I - wrongly - believed that if you give someone that trust, they’ll only go and throw it back in your face. I’ve had to re-learn how to build healthy, stable, relationships with people I can confide in. I’ve also had to learn that if you don’t talk to professionals then you might never get the chance to have that one professional who you know is rooting for you. Feeling there’s a professional in your corner can be so comforting and reassuring that you might actually find yourself trusting them and confiding things that you might never have before. It can make all the difference to your admission and subsequent mental health recovery.

This obviously isn’t meant to sound selfish or in any way rude or demeaning. It’s just that I’ve on an admission I’ve experienced some traumatic scenes as an inpatient in a psychiatric hospital and medical one. I’ve seen some incredibly poorly people and have had to learn how to distance myself from becoming triggered by their self harm behaviours and even deaths. As an inpatient I’ve seen many people teach one another ways to self harm and I believe that the only relationship between Service Users, should be filled with empowerment and a strong focus on recovery in developing new, safe, coping strategies. For you to get better, you have to focus on you.

This is something that after nine years of mental illness, I’m still learning! I often find professionals- usually in some sort of assessment setting/situation - ask me “what do you need think will help?” And I’m mostly scared to answer because I know the whole attitude against patients suggesting a diagnosis or treatment. I mean, the Doctor has been the one to go through the rigorous training and education. I think that sometimes, though, they recognise that a patient often knows their own body best. Recently, I’ve struggled with this thought/idea in my head that something in particular might help me. For ages, I’ve been reluctant to tell professionals at fear that they’d think I were doing their job for them; but I’ve recently learned that I can’t get the help I need if I don’t tell them what it is I’d like to happen, how will I ever get better?
Labels: admission, advice, coping, experience, hospital, mental health, patients, poorly, recovery, relationships, self-harm, staff, struggling, support, voices
SHARE:
Newer Post Older Post
Home