TW: A DISCUSSION ABOUT SUICIDE | FROM THE WARNING SIGNS TO THE STIGMA 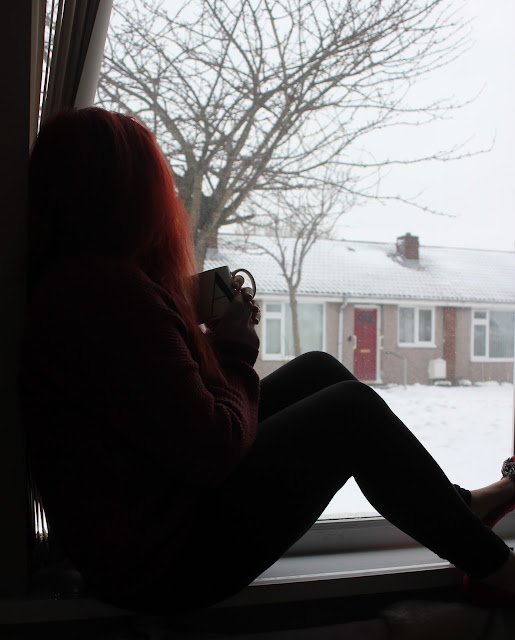 A little while ago I got a phone call on the train telling me that someone, I’d worked with at a few events had just committed suicide. There’s no easy way to say it, is there? Suicide. You can’t really sugar coat it with ‘we lost him’ or ‘he passed away.’ It’s almost as though the act of committing suicide is so… honest(?) - it’s such a stark reminder of the darkness and unhappiness that can lurk in the people we love and care for - that it deserves to be spoken about as equally honest. Though there is controversy and… discussion(!) around the term ‘commit suicide’ with some feeling that it insinuates the person has committed a criminal offence. *Personally, I believe that ‘commit’ is purely referring to the action of it as opposed to it having any legal definition but out of respect for others, I’ll be avoiding using the phrase in this post*
When I spoke with the friend who was telling me about the suicide, we talked about how surprised we were in that we thought he’d been in recovery with his mental health and although we both know there are relapses, it was a shock when we thought he’d been so stable. I was telling my Richmond Fellowship Support Worker about the news and we talked about how sometimes when a person has made the decision to end their life they can become at peace with the world – almost as though knowing that all of the negative things in their life will be over soon is comforting. I guess this just shows the need for people to speak out when they’re experiencing suicidal ideation because even those closest to them can struggle to see the ‘warning signs’ that all the organizations talk about.


As good and helpful as it is to talk about the signs that someone might be feeling suicidal, it can actually also be damaging; they can aid in a person placing blame on their self when someone they care about takes their own life. It often leaves you thinking ‘how could I not have seen this coming?’ or ‘maybe I could’ve helped.’ For me, personally, I’ve struggled with a lot of self-blame – not just in the instance I spoke about at the beginning, but also with the suicides of other people I’ve known or cared about. My struggle comes from me thinking that having made suicide attempts myself, I should be an expert on what to look out for – the ‘warning signs.’ As though I should have some awareness of the behaviours I exhibit when I feel suicidal and should use these as a template for the thing’s others might do. But in reality, I am so far lost in – what my Mum calls a tunnel – my thoughts and feelings of suicide that I have little to no awareness on anything except them. So how could I know what to look for in others?


While I was in Cygnet Hospital Bierley a number of the inpatients on my ward attempted suicide and for one in particular, I was closely affected by it. There’d been four of us hanging around together on the ward and when there was an argument with one of those girls, the rest of us stopped speaking to her. Then one afternoon I was walking down the corridor and was passing the girl’s bedroom when I heard a funny noise. At first, I continued to walk but out of nowhere I had this thought that if something was happening, I would hate myself for not checking. When I looked through the window in the door, I saw her on the floor, with a ligature round her neck, her lips were blue, and her face was white. I screamed for help from the staff whilst trying to kick her locked door down! She needed medical attention, but she didn’t die and although I hadn’t been friends with her when it’d happened; I’d blamed myself. I thought that the argument might have caused it and wondered why I hadn’t noticed she was struggling any sooner than now. I also felt angry with the ward staff; shouting that they were trained to stop things like this from happening. Now that I'm in recovery, though, I can see what a difficult job mental health professionals must have in making decisions to discharge someone or grant them leave whilst in hospital because it's such a risk. My Psychiatrist in Cygnet talked about taking a 'positive risk' in that they often couldn't tell if I was happy because I was planning to run away or if I was genuinely getting better.

I think that the anger with suicide largely comes from people being unable to comprehend the thought that someone would want to kill themselves. A lot of it is about the fact that human instinct tells us to save ourselves. And this is why I really hate it when people call those who commit suicide weak. I think that going against human instinct is actually the hardest thing you can do. I won't say that it makes you brave though. For me, bravery is when you're alive in spite of all the negativity and traumas in your life. When a person is so desperate to escape their life that they commit suicide, the last thing they deserve is to be called weak and to be stigmatized for that. Suicide doesn't discriminate; people who appear to have the most 'perfect' of lives, can be suicidal. You can be any age, be of any ethnic origin and in any profession. And if suicide doesn't discriminate, why should we?
I guess my point is; whilst it’s important to help people be aware of the signs that someone is feeling suicidal it’s essential that accompanying this is the reassurance that not spotting one of these doesn’t leave you to blame when the worst thing happens.

If you or someone you know is feeling suicidal then please reach out to your GP, local Crisis Team, Samaritans, someone you trust... anybody! Just speak up. And in an emergency please dial 999 or attend your nearest A&E .