“I DIDN’T PRESCRIBE THEM; YOU DID!” | A DISCUSSION ABOUT PSYCHIATRIC MEDICATION 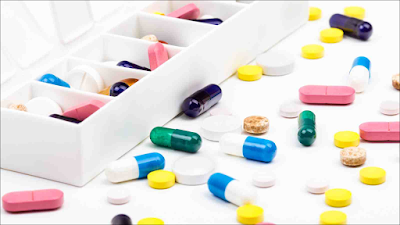 I remember being discharged from the Psychiatric Hospital after my first admission in 2009 and it felt like everyone thought I was better now, and I would never try to kill myself again. Of course, I knew that wasn’t the case; because I could feel that darkness inside of me and I knew it wasn’t going anywhere any time soon. So, when I attempted suicide again and refused the medical treatment for it, I wasn’t really surprised. What did surprise me, though, was when the entire Mental Health Act assessment team came to my Mum’s house to section me!

My Mum had tried to convince me to go to A&E for the antidote to the paracetamol overdose, but I’d refused, and she’d called the Crisis Team. I just remember professionals sat around the living room asking me questions and then I went to my bedroom and the next thing I knew the Psychiatrist from my first admission was there and telling me that he was going to sign the section papers. I remember him sitting in my very pink bedroom and saying; “I think it’s time we start some medication for you at my Hospital.” I joked that it wasn’t ‘his’ Hospital and he led the way downstairs for me to watch the papers be signed and eight Police officers filed in to take me to their van to go to A&E for the medical treatment first. When we got there, there were four support workers from the local Psychiatric Hospital ready to make sure I had the treatment (a drip that takes over twenty hours to administer) and right from the offset I was medicated! I tried to run from A&E and was given a sedative injection and as soon as I’d woken up after it, I was trying to tear the drip out and was given another. I think it took about five injections for me to complete the treatment and be transferred to the Psychiatric Hospital to begin an anti-psychotic medication.

During the following three years there was a point where I overdosed on my medication and began a new regime of having to go to the Pharmacy to take my medication rather than allow me to have it in the house. Mostly, there was a very erratic thought process from professionals around medication. Everyone seemed to have a different belief on the topic with some thinking that I should be drugged up until I rattled and others thinking it wasn’t the answer and that the focus should be on talking therapies.

By 2012 and my long-term hospitalization, my medication was on a whole new level; every inpatient was on at least one medication, so it didn’t surprise me when the Psychiatrist started prescribing some for me. Since then – for the past seven years - I have never not been on medication! I’ve been on different ones, and had the doses changed but I’ve always still been taking something.
Last year, in Summer/Autumn, I stopped taking my medication after hearing a voice telling me that the tablets were poison and not to trust the professionals giving me them. The absence of meds left me completely unsafe and struggling with the hallucinations on a daily basis. When the Crisis Team supported me in restarting the medications I saw my Psychiatrist and she told me that had I reported the start of the paranoid voice when it began, she would have increased my medication and I might’ve been safe and not having to soak new scars in bio-oil.

In the beginning of the year, I struggled again and asked my Psychiatrist to increase my anti-psychotic medication. I had never, in the ten years since I started taking psychiatric medication, asked for one of them to be increased so I wasn’t really sure what sort of response I should expect from her but I didn’t think it’d be a struggle to convince her that the increase was needed. I hated the thought of begging for medication, but I explained that I had tried all of my Dialectical Behaviour Therapy (DBT) coping skills and to no avail so asking for the medication wasn’t a knee-jerk reaction. I wasn’t thinking ‘things are getting tough; I’ll take more tablets.’ I wasn’t relying on the medication to keep me safe, but I thought it important to acknowledge that the increase last year had been helpful, so it felt reasonable for me to want to try that again. I told the Psychiatrist that I could have easily just gone off and self-harmed and not asked for help but instead, I was respecting my safety and wanting to be alive; I wasn’t – and didn’t want to become – suicidal. She agreed to a small increase and after seeing the difference it made, I was left stunned when, about a month ago, my Psychiatrist decided she wanted to take me off my medication.

My immediate response was “but you saw what happened when I stopped them last year!” My Mum and I ended up in a bit of a battle with her whilst she spouted off statistics about how the majority of people with Borderline Personality Disorder don’t benefit from medication. My Mum said that maybe I was in the percentage who do benefit whilst I continually reminded her of how unsafe I’d been without medication. I tried to get across to this Psychiatrist that she hadn’t known me for long and wasn’t there at the beginning before medication was tried and before I was put on the drugs and doses that I’m on now. She didn’t seem to see it though and, in the end, I knew that I didn’t really have a choice; I could try to dissuade her until I was blue in the face, but she was the one in control of my medication prescriptions. Eventually, we agreed on a reduction rate for two of the medications (Lamotrigine and Aripiprazole) and a follow-up appointment to review how it was going and to discuss what to do about the other two (Fluoxetine and Mirtazapine).

Since decreasing my medication, there’s been no real change in my mental health… well, if I’m honest; it’s massively improved but I got my internship at around the same time so it’s hard to know which is the real cause for my stability so I think it’d be fair to say that perhaps it’s been a combination. When I was talking to my GP on Monday about everything, I told her that I know it’s in the media and people talk a lot about psychiatric medication making you a numb, zombie and that part of me wonders if the medication was dampening down my happiness. Being on a mood stabilizer (the Lamotrigine) I guess it’s a given that it’ll control your emotions and that whilst it protects my safety from preventing the very low lows, it might also be stopping me from experiencing the high highs. But now I have new coping skills and the anti-depressants to help me cope with unhealthy, negative feelings, I’m not too reluctant for them to reduce it. Another way I’ve been placated in the debate on reducing the medications was having my GP recognize how difficult it is to be told by one Doctor that you need medication and then have another tell you that you don’t; it leaves you confused and wondering who to trust.

·         Ensure that you understand all of the possible side-effects and trust that your Doctor has weighed these up against the benefits that the drug could have on your mental health.
·         Never compare your medications and doses to others because everyone has different behaviours and everyone responds to medication differently – what works for one person may not work for another.
·         Try not to let the stigma around psychiatric medication affect your attitude towards them and your willingness to take them.
·         Don’t think that it’s a sign of weakness to need medication; it actually takes a great amount of strength to accept that you need them.
·         Always follow the prescribed directions on taking your tablets; they’re recommended for a reason and not following these can impact the affect the medication has on you.
·         Never stop taking your medication against medical advice, even if you’re feeling ‘better’ and believe you no longer need it – always discuss it with your Doctor first.
Newer Post Older Post Home