MARKING ONE YEAR WITHOUT DOLLY


When I think Back On These Times, And The Dreams We Left Behind, I'll Be Glad 'Cause I Was Blessed To Get To Have You In My Life. When I Look Back On These Days, I'll Look And See Your Face, You Were Right There For Me,
In My Dreams I'll Always See You Soar Above The Sky, In My Heart There'll Alwys Be A Place For You For All My Life, I'll Keep A Part Of You With Me, And Everywhere I Am There You'll Be

Faith Hill - Everywhere I Am 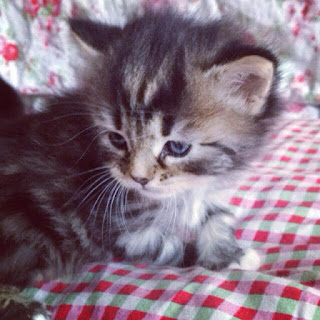 [the advert photo from pets4homes]

I’m going to be so cliché right now and say that I can’t believe it’s been a year since Dolly was put to sleep and almost a year since I adopted Emmy because it feels like just yesterday that it all happened!


I’ve recently had a friend on social media have to go through a similar experience of deciding whether to have her cat put to sleep. Initially, it was really triggering of the memories of being stood in the clinic room at Robson and Prescott Vets and having to agree to lose my best-friend forever in order to end her pain and suffering. After a little while, though, I realized that instead of allowing my friend’s suffering to trigger the memories, maybe I could use my experience to help her through this difficult time. I remember in the first few days after Dolly was put to sleep and I said to a friend that it was the hardest decision I’d ever had to make before correcting myself and realizing that I was probably only saying that because it’s what everyone says in these situations. But actually, it wasn’t ‘hard;’ it was easy. There was no debating whether to put Dolly through one final battery of tests and treatments – that might not even have worked - just to give myself an extra day with her. The decision just wasn’t nice or fair.

Probably the hardest part of the entire experience was learning that everyone copes with grief differently and how one person responds to loss may not be how another does. This also taught me that rather than respect this difference and appreciate it, there are some people who judge someone’s coping mechanisms and the further decisions they make around the loss e.g. do you have a burial or cremation? One big thing I felt judged or was my decision to get Emmy within a week of losing Dolly. A lot of people thought it was ‘too soon’ and that I was rushing into it and not thinking clearly. I knew it was the right call though and I am so glad that I stuck by it because I got my Emmy!


As ‘right’ as it felt to adopt her from Willows, it actually was a difficult decision and maybe not for the reason you’d think; it wasn’t all about worrying that it looked like I was ‘over’ Dolly or just trying to replace her with another cat… No, I was more bothered about it looking as though my bunny; Pixie, wasn’t enough. As though she wasn’t good enough to be the only pet but that wasn’t the case at all; it was more that our family was no longer complete without a cat. Pixie was used to having one around too, having been brought up with Dolly she became really needy without her and seemed permanently attached to my side; forever wanting snuggles and to lick my hand… or my foot! So Emmy came along and although she – or any cat – could never fill the hole that Dolly had left, she did offer some cement and patched it up pretty damn well!


She left me a year ago

When we first met

I didn’t realize how much love I’d get

From this little, fluffy one

Who helped my mental health a ton

We had adventures and we soared

After everything I’d been through, I thought I had scored

We laughed and we'd cry

We weren’t ready to say goodbye

They say she felt no pain

But that was no gain

They said that she went fast

But still I crash

I thought that I couldn’t breathe

But actually, I’d begun to grieve

I’ll miss her all the time

And think of her as forever mine


To mark the loss of Dolly, here’s some of my favourite pictures of her… 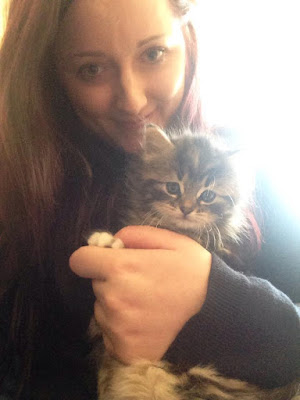 [our very first selfie together] 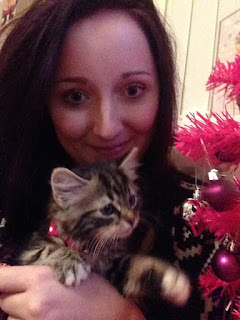 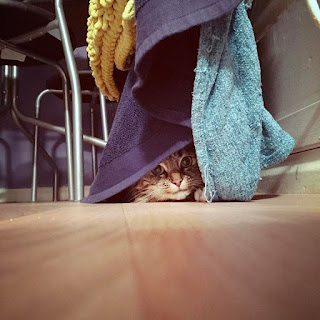 [when she used to go under towels on the radiators thinking it made her invisible!] 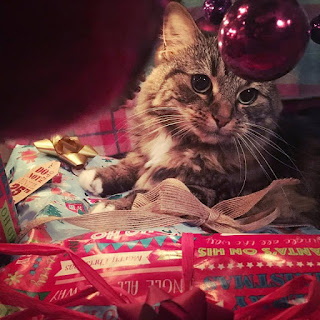 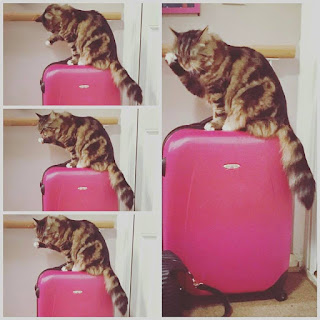 [how hard it always was leaving her for meetings and events] 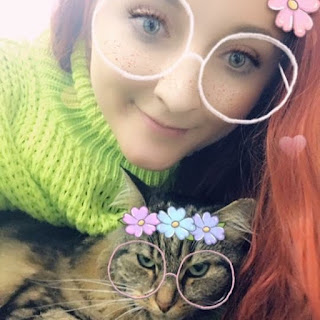