So welcome to December 15th…

Today is all about my collaboration with one very special brand on Etsy, in this post I’ll be reviewing the products they sent to me and on December 23rd you can enter a competition to win these products and the remaining three that I’ll be reviewing every other day this month!

I thought for a while about what I’d write on this post and initially, I thought I’d talk about the stigma of mental health meaning that myself – and lots of others – keep it secret and try to hide things when we’re struggling. And then I realized I wrote about that like, seven posts ago and I groaned at the thought of having to create new content for a further ten days! 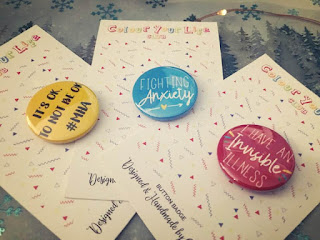 So, instead, I’ll be talking about each of the three slogans on the Colour Your Life Club badges you can win in the competition…

I think that especially at this time of year there’s a lot of pressure on people to be ok and to enjoy the most festive time of the year; but actually, it can be a particularly difficult time for a lot of people. The happiness and buzz of Christmas can sometimes be overwhelming and seeing everyone else have so much fun and be happy can seem to magnify just how much you’re struggling.


The staff on the psychiatric ward were always careful when it was Christmas time and made sure that those of us who enjoyed the time were able to do as many ‘normal’ festive activities as possible e.g. putting up a Christmas tree, dancing to Christmas music, and drinking non-alcoholic mulled wine. At the same time, they avoided pushing the entire thing down the throats of those who didn’t care about the holiday.


It’s not just about Christmas though; the stigma and assumptions around mental health have people reluctant to talk about their feelings all year round! I think that a lot of people (I know because I used to be one of them) are afraid they’ll be seen by others as being ‘weak’ or ‘crazy’ if they talk about struggling with their mental health. So, instead, people keep quiet; they struggle in silence, hide their cuts, and start keeping secrets. They don’t get help or support and things get worse until the worst happens or someone realizes. 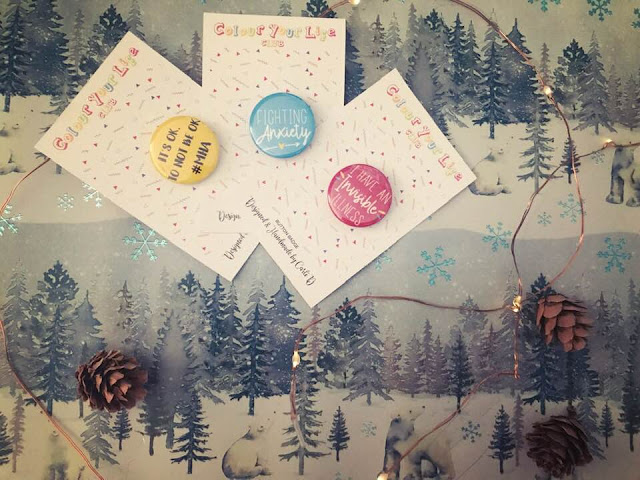 I won’t lie, I don’t think Anxiety is something I’ve really had to cope with – at least not in the way I’ve seen others struggle with it. For that reason, I asked Heather to write a little something: “Anxiety has been there as long as I can remember, even when well its presence lurks in the background. It’s the doubt that you switched the straighteners off, did you lock the door? To the fear that something terrible is about to happen to your loved ones, the need to leave for an event over an hour early in case there’s traffic or you get lost even though you’ve been there a million times before. It’s caring too much about everything. It’s worrying that no one could possibly love you, that one day someone is going to realize they’ve made a mistake and take your degree that you worked so hard for away. It’s the inability to go to events alone, even to walk the dog alone. It’s a nervous built up energy that comes out in an annoying leg shake, nail biting, skin picking...It’s the thing that makes you seem like an extrovert when inside you’re breaking.


Anxiety has cost me career choices, friendships; were it not for anxiety my life would have an incredibly different landscape right now. Sometimes I mourn the me that would’ve been. Sometimes I’m grateful because, whilst challenging, this life has afforded me some good opportunities. Then our good old friend anxiety creeps in and it’s time to worry which of those options are right.”

‘I have an invisible illness’ 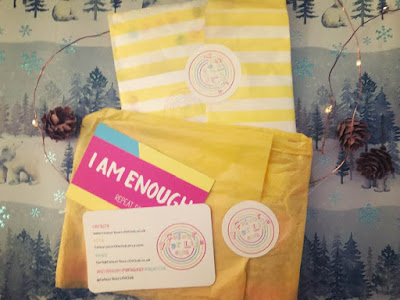 I think that this is said a lot in comparison to the supposed visibility of a physical illness, but that isn’t what this badge says – it makes no reference to physical health so I won’t get on a tangent about when the comparison is being made! I think that the statement is most effective when it is just that; a statement and not a comparison.


I think that saying mental health can be invisible can be argued in so far as considering self-harm or suicide attempts but really, what’s invisible is the actual mental suffering you’re going through and it’s the motivation behind a lot of self-harm because people become desperate to show their mental pain that they try to express it on the outside instead.