“Being deeply loved by someone gives you strength, while loving someone deeply gives you courage.”
― Lao Tzu 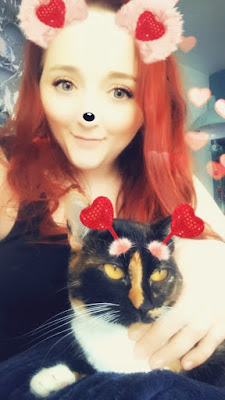 So, I was looking to do something special for Valentines this year because I noticed that even though I haven’t posted on Valentines every year since the start of I’m NOT Disordered (only 2015, 2016, and 2019), I do see the day as quite important! And I’d like to think that as the years go by, my blog and my content only improves and that my ideas for posts become more and more original and unique. This is what led to me messaging the Cats Protection Media Team and asking if they’d like to collaborate on a Valentines project. I won’t lie, I think I was hoping the reply would be ‘yes, we’re working on one would you like to be on board?!’ But no, it was more ‘yes, definitely. What did you have in mind?’ And I was instantly stuck with thinking of an idea for a collaboration! I honestly don’t know where the whole #ILoveMyCatMoreThan thing came from; I literally just pulled it out of my ass! And that’s not me being modest and looking for some compliments and flattery – I honestly didn’t have any idea until I had the idea!


My deeper thinking behind it is that Valentines can be a bit of a pressure and I think that it often becomes quite competitive with people striving to have the most romantic day or even just the greatest relationship. Someone gets a bouquet of roses and someone else gets a proposal! Someone has been with their other half for ten years, and then there’s a couple who’ve been together twenty! To me, the important thing that should be the most promoted aspect of Valentines is simply love. The strength of the feeling, the power of it, how vital it is, and that it doesn’t discriminate; in that it doesn’t matter what sex you are – or even what species! – love plays a part in your life. There should be no stigma around love; it shouldn’t matter what sex you are and what sex the person you love is, a relationship between two men and one between a lady and her cat shouldn’t be regarded as more important than the other. So, I thought that to make fun of this thought process, saying that you love your Cat more than something else would be ‘purrfect’!


I also hope that the collaboration sheds light on just how important a cat can be to someone so that more people can comprehend that when a person makes a comment or a decision that favours their cat they really do mean it. Their cat really does mean that much to them. In a recent voluntary job application, I was asked if I’d experienced grief any time recently and even though I knew they probably meant the loss of a human, I thought that my cat’s passing should be regarded as important too, and wrote about that.


So, here’s how important some cats are to their owners… 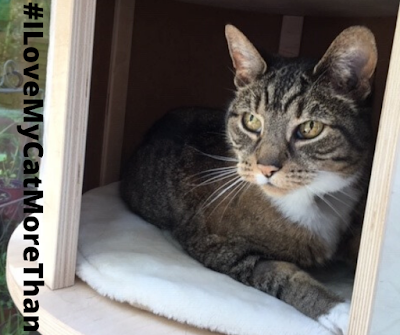 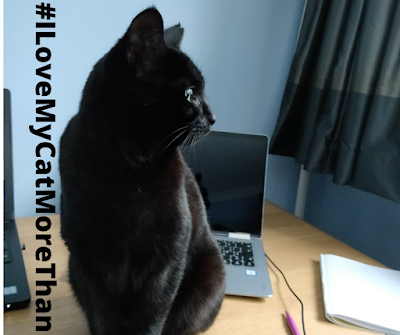 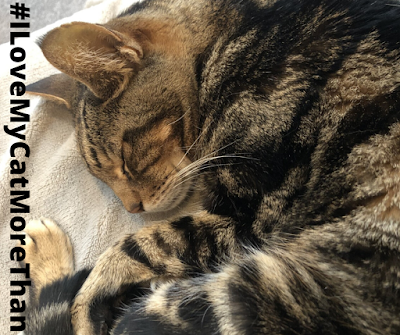 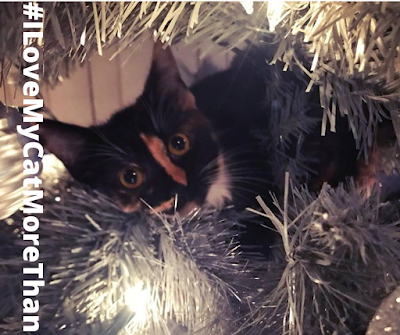 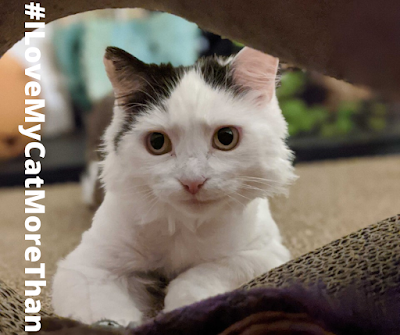 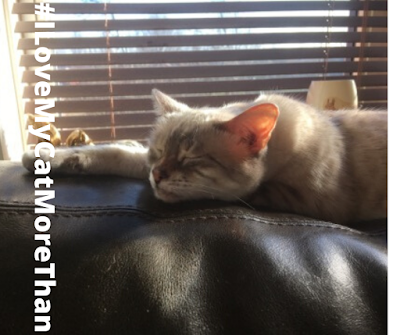 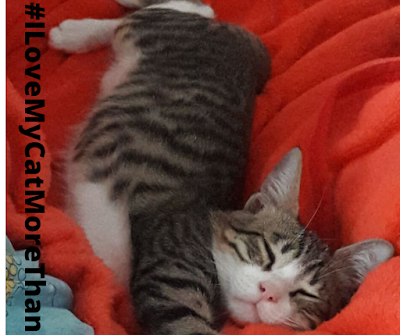 #ILoveMyCatMoreThan … the height of the sky or the depths of the ocean!
Gucci, Samedi, Cartier, Malachai, Mickey, Poy Poy Sunny, Angel, and Savannah’s owner; Angela 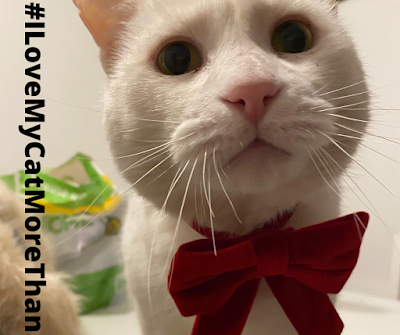