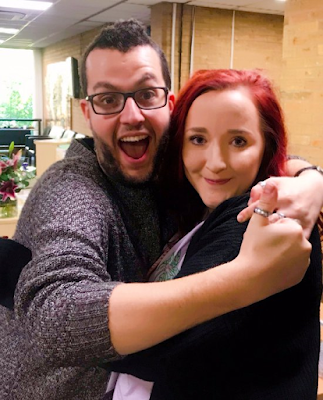 In 2015, I was asked to do the social media at a Newcastle University event named Mind The Gap Conference (you can watch my vlog from the day here), I had the honour of watching a sketch by the award winning Comedian; Dave Chawner, before having the opportunity to have a 1:1 chat with him. I found him so inspiring; his sketch was centred around mental health and his particular experience with Anorexia, yet it had THE most hilarious moments! I believe he has mastered what I think is a key difficulty around humour and mental health; that some people have the attitude that mental health is so important it should be taken seriously, and there should be no light to make of it.

I’d like to think that if you’ve been reading my blog for a little while – or even if you’ve just read one post – you can see from it that I regard mental health very highly and have nothing but respect for people struggling with theirs. Whilst this is so true, I’m also a firm believer that humour can have a place in most generally difficult topics/subjects. I like that phrase ‘if I don’t laugh, I’ll cry’ and completely agree that this is particularly true with mental health because it can really be the difference between someone feeling that things are bearable to a person being suicidal. I think that I mostly feel this way because I use humour myself as a very effective coping mechanism and find it incredibly encouraging of positive and safe thoughts and feelings.

I mean, a huge difficulty when you’re feeling suicidal is that the body’s natural instincts are survival and that you’re almost ‘supposed’ to fight to stay alive. Which – I believe – is one reason why someone who attempts or commits suicide should never by deemed to be weak or have suicide seen as ‘the easy way out.’ This instinct usually means that for someone to be suicidal, they’re completely battling that desire to survive and are so overwhelmed by opposite thoughts and feelings. I think that this is the perfect example of having contradicting emotions.

Another point I wish I’d made to that Doctor was that the Officers were using humour to distract me from the hallucinations and suicidal thoughts. They were trying to provide me with a tiny bit of relief from those overwhelming experiences. And surely that’s something that should be encouraged? Like, surely the Doctor should be promoting it?!

I guess that I can see both sides though… I think it’s just about the stereotypical view of what someone who is suicidal should be like/look like. That they should be crying all the time and refusing to co-operate with anyone trying to save their life. They shouldn’t find anything amusing or funny, they shouldn’t laugh or smile. Of course, there have been many instances where I’ve been like that and have definitely put up a fight against those trying to help!

Another aspect of using humour in mental health is the concern I mentioned earlier; that a person doing so, is making light out of something that’s actually really serious and important. I think this is a big reason why it’s a fairly common belief that the use of humour around mental health should at least be initiated by someone with a mental illness. It makes sense that it’s the best way to test out how tolerant the person is and what their own sense of humour is like. There was a girl in the psychiatric hospital I was in who had Anorexia and I was very cautious of using particular words and phrases until I heard her use them herself. I think it’s a sign of respect. And courtesy. It’s like saying ‘I care what will affect you.’

Dave and I have kept in touch since the event and I actually suggested Richmond Fellowship (the organization that provide my Support Worker) hire him for an event a few years ago! Of course, he was absolutely incredible, and everyone loved him.

So when I started talks with North Tyneside Launchpad, about a virtual World Mental Health Day this year, and the general thought behind the event is to encourage people to take mindful walks and for them to then send in any information from their experience, photos and videos that we can share on the page. But we wanted to have some sort of entertainment on the page and I had the idea of inviting Dave to film a little something exclusively for the Facebook page we’ve created…

To watch Dave’s comedy piece all about Mindfulness:

Finally, we decided to finish up this post with a very short Q&A with Dave:

Do you think you use humour to cope with your mental health? If so, when and how did you first realize it helped?

Absolutely! I think it was something that I became increasingly aware of. At first I used humour in order to avoid awkward questions that I didn’t want to answer; it was something to hide behind and distract people. Now I try and use it more constructively in order to make people more comfortable talking about topics which aren’t usually discussed and to bring a bit of light relief in heavy conversations.

Have you ever been offended by someone’s use of humour around mental health?

There’s a lot of talk around ‘offense’ at the moment. I wouldn’t say that I’ve been offended, but more felt that some uses of humour can be a bit misguided and misplaced. I don’t think anything is off limits for comedy, I truly believe you can joke about anything. The thing that is the most important to consider though is why are you joking about that? If it’s to mock people with mental illness, that’s unhelpful, but if that’s to make people feel less alone and to increase people’s understanding of mental illnesses then crack on!

What one piece of advice would you give to someone who wanted to share their experiences of an Eating Disorder, as you have in your book?

Be careful! When I first started talking about my eating disorder it soon became my identity label. I was no longer ‘Dave’ I was ‘the Anorexic.’ If you are talking about your eating disorder that’s bloody brilliant. But make sure you remember you are much more than your illness. Part of my eating disorder came from my lack of an identity – I didn’t really know who I was. The Anorexia came to explain me and that led me to relapse. Now I release that the Anorexia is, of course, a part of my past, but it is only one piece in a much larger puzzle.