I Was Halfway Gone...

I woke up this morning with the exact same feelings as yesterday, I was being told to run off and overdose but this time rather than put all my efforts into fighting them, I put all my efforts into doing what they said and it made me happy as I transferred money from my bank and planned where to go.
I attended all my groups throughout the day, and took part in them to ensure there were no excuses to stop my leave for non-attendance. And I laughed in all the right places to defer the girls' questions asking if I'm sure I'm alright. Because I didn't look it, apparently. After groups, I called for a taxi from my room and then signed out and made my way round the back of the grounds to jump over the fence and over another then through someone's side gate and ran to my taxi. We were almost out of the town the Hospital is in when the Driver's radio went off and a lady said she'd call his phone. She sounded flustered, panicked. And I felt the same rise in me; they knew. The driver took me to a cash machine and as I watched a police van drive by I nearly ran for it but it passed us so I got back in the car and the taxi driver headed back the way we'd came. I asked if this was the right way and he said 'yes,' then he began making forced conversation on the weather and asking if I worked and where I lived and why I was going to Leeds. Before I knew it we were on the street the Hospital's on; I asked him to let me out the taxi but the child lock was on so the doors wouldn't budge. I told him I wouldn't be paying him for bringing me back. As we pulled into the Hospital about five staff ran out of reception and came to the car. They pulled me from it and restrained me into the building and onto our ward in the 'quiet room.' Once they thought I was calm they let go but then a Nurse came in and was shouting at me saying he'd put his job on the line by signing me out and how dare I run away and put his job at risk! They said I couldn't go to my room until I'd taken 'something to calm you down.' I tried to go to my room but was restrained to the floor. Then they left me with the Doctor who tried to get it all out of me; I didn't want to talk. I was so angry that they'd ruined my plan. Didn't they realise I was only doing this because it was the only way to quieten the voices now? It was what they wanted and until they got it things would be bad. I'd never been stopped overdosing before and I was terrified of how bad things would get. While I was in the quiet room I was called 'useless,' 'spineless,' and 'pathetic' to name but a few and there were tones of rabbits running about the floor. She (the Doctor) kept asking me questions like 'why do you think of this as a battle?' "Because they're going to win!" I avoided the majority of the questions before telling her I was going to my room. I had a shower which was really painful on my new scratches and grazes and I lay in bed reading when there was a knock at my door and the Nurse and two NAs came in with a medication pot. He told me if I didn't take them I'd be locked out my room and I love spending time in here so I took the pot. Two Lorazepam and one Olanzapine. 'I'm not that bad.' They left me alone after that until one of the staff came in and I apologised; he asked why I was saying sorry "because you all give me this trust and I just throw it away." He told me he'd been angry at first but not now he could see how upset I was about it and said it would take a while before I'd get their trust back but I'm used to that. Earning trust. I often throw it away and then need it back. As it turned out, the medication had helped though the voices are still very much in charge of me and it's going to be a struggle to take my meds tonight. 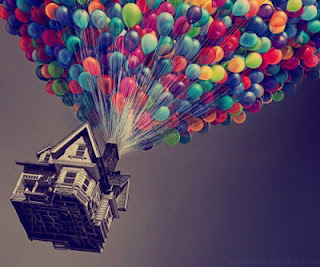