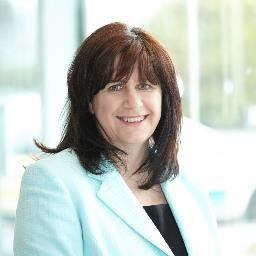 Why have you chosen to write about today?

Ok here goes. This is the day that I have chosen to blog about after being asked to by Aimee. Why me? I can’t think people would be particularly interested in the day in the life of an NHS CEO, especially this one, but who knows? If there is something useful then hopefully it will inspire someone, somewhere about something!!

What time did you wake up?


Why did you wake up at that time?

A little earlier than my usual 6.30. Today I’m off to London

What are the first three things you do after waking up?


1.      My lovely husband Colin drives me to the local station whilst my 2 sons, Scott aged 22 and Adam, 16, sleep on oblivious. It’s Scott’s second day of a work placement which hopefully will lead to a job & his independence. Adam is waiting for his GCSE results.


2.      It’s a 15-minute journey to Newcastle where I change to get on the 7.05 Flying Scotsman to London. As usual I have a bag of work to plough through but as ever I find myself distracted by Twitter. When Captain Kirk said space was the final frontier he couldn’t have predicted Twitter. I have found myself addicted, with hours passing and a huge amount of newly discovered knowledge & friends. Who knew!! Both my sons roll back their eyes when I proudly tell them I have over 800 followers. So uncool for your mother to have more than you.


3.      Need to check where I’m going today! I know I have a seminar in London then need to get to Leamington Spa for 2 days of the Association of Ambulance CEOs. My PA Gill pushed a big pack of papers in my hand as I left work last night including train tickets and hotel reservation. She looks after me really well knowing that I panic if I’m not sure where I’m supposed to be.

Do you eat breakfast? If yes, what did you have?

An unappealing bowl of natural yogurt with some raspberries & a few nuts will have to get me through to lunchtime!

What would be your perfect breakfast?

Second day of no/low carb diet & it’s going to be challenging... It’s my 30th wedding anniversary this year so I’d like to look slimmer. However, I have been trying to lose the same stone and a half for 20 years, but of course this time it will be different.

List five things that you do between 9am and noon.


1.      First event is the Paramedic Mental Health and Well-being Stakeholder Collaboration day which is being held at the Royal College of Psychiatrists. This is a high priority for me and an area where the ambulance sector needs to do better in supporting its staff. The facts are quite stark. Research undertaken by Mind across the emergency services in 2015 found that: 4% of the general population rated their current mental health as very poor or poor. However, rates were much higher for ambulance staff at 14.47%. Our staff are much 4 times more likely to think about suicide. Given the nature of their work these results are maybe not surprising.


2.      I decide to grab a taxi rather than negotiate the Underground and I’m running late.


3.      Not been to the Royal College of Psychiatrists before. Nice newish building although the portraits of past presidents on the walls suggests a much longer history.


4.      The first speaker has just finished so I try to creep in but as luck would have it the only seats left are the ones at the front.


5.      The second speaker, an emeritus professor, provides an address and makes the point that he believes there is no other way forward but to change the emotional culture of the NHS
*   mental health trusts and ambulance Trusts have the highest sickness absence rates in the NHS
*   Not surprising given the repeated exposure to traumatic incidents
*   Requires Trust to have positive, open, supportive cultures
He’s absolutely right. The culture in the Ambulance service is rooted in a military type, macho attitude where the expectation has been you just ‘man up’ and get on with things. I see it as my job & that of the leadership at North East Ambulance Service to change all that and ensure that we provide staff with the right support, create the environment where people feel safe to talk about their mental health and truly feel looked after.
Lots of tips and great ideas to take back and make sure are included in our staff mental health action plan.

Did you eat lunch? If yes, what did you eat?

Looking forward to lunch only to find it’s a choice of sandwiches and my low carb diet doesn’t allow any bread. Oh well, I’ll look forward to dinner tonight. It’s a good chance to meet up with good friends from around the country and make some new ones.

List four things that you have done, said, thought, or that have happened between noon and 5pm.


1.      I leave the workshop early to get to Marylebone to catch the 3pm train to Leamington Spa. A change of shoes enables me to walk to the tube and make the change at Baker Street. I do enjoy visiting London, but I couldn’t live there.


2.      Once at Leamington Spa it’s a quick taxi ride to the hotel and then straight into a 2-hour discussion group. This time I’m with my Ambulance Trust CEO colleagues from around England, the devolved nations and Ireland. We have been trying to get together for some time to share what our individual strategic visions are. Whilst there is some variation, there is much more commonality and the exciting bit is learning about all the different good things that are happening. My motto has always been ‘Pinch with Pride’. If there are good ideas that work, then there’s no need to reinvent the wheel.


3.      The session ends, a quick shower and change and back down for dinner


4.      . It’s my Chairman’s first meeting of the Ambulance Association so I quickly check and see he is already in deep conversation with another Chair so leave him to it.

Do you eat dinner/tea? If yes, at what time?
I’m starving!!! I must have been in diet mode when I picked my menu choices 2 weeks ago. Melon to start, then sea bass, no dessert. It’s only day 2 so I have to be strong and not eat the bread bun.

I find myself sitting next to a new CEO so spend a while comparing notes. So much in common which is also very therapeutic.
It’s after 10pm and it seems ages since I left Newcastle. As usual it takes me a while to wind down, so the light doesn’t go off until after 12. The alarm is set for 6.30am so I can make the first meeting the next day at 8am and do it all again.

It’s tiring but still one of the best jobs in the world.