WHY I'M STILL LEARNING TO COPE WITH CHANGE 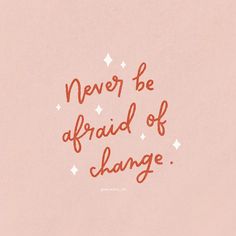 My childhood was idyllic; I was wrapped in cotton wool and grew up in a bubble away from all of the nasty people and all of the nasty things in the world. As much as it meant that meeting someone awful was an absolute shock to the system; I still think it was the perfect way to have grown up and would hope for my own children to live such a childhood.

There's a part of me I can't get back
A little girl grew up too fast
All it took was once, I'll never be the same
Now I'm taking back my life today

When the abuse began… I didn’t think my life could’ve changed – or been turned upside down – in a bigger way! I had to adjust to realizing that there was a horrible – that might not be strong enough – evil person in the world. At the time, I didn’t realize that these things were happening to anyone else in the world, that these people exist all over the world… I thought I was alone. In a way, learning that I wasn’t was hard because I came to see that other people were going through what I was. And I wouldn’t wish that on anyone.


Before I had a chance to come to terms with this fact, I was learning about all sorts of changes in mental health. About how your mood can drop. How you can want to hurt yourself. How you can want to die. How you can be completely consumed by anger. How you can feel happy at the smallest of things when you’re going through the biggest trauma. I learnt that the scratches I would make on my arms with a pin from a drawing board in my bedroom were called self-harm. I learnt that my urge to jump from his window was called suicide. And that what he was doing to me… was abuse.


When all of these humungous changes are being thrown at you left, right, and center - especially at the age of 15 – how are you meant to cope? How could you possibly cope with that? And when all of that is a secret that no one can know… how can someone tell you how to cope? I think that looking back, it seems reasonable that two years after all of this, I was overdosing and hearing voices. In my suicide attempt I’d thought ‘this is it. Nothing will change now.’ I thought it would break the spell.


The first time I was sectioned and taken to a psychiatric hospital was one of the scariest experiences of my life. At that point, it was the longest time that I’d been away from home. Granted, meeting others who heard voices and had experienced all different kinds of abuse made me feel slightly reassured and validated; I also met people who had been in the mental health system for years. Who’d been in hospital for years. To protect myself from ending up on that path, I finally reported the abuse – another scary experience. The change from having this huge secret to feeling like the world knew all about it, was horrific and destabilizing. I felt like I’d lost my footing in the world. It felt like I’d lost my balance and couldn’t find it again. I just had to fall into the abyss.


Another huge change came with my admission to Cygnet Hospital Bierley. Yes, it was the admission that made me better, but it was also the second hardest time in my life (the abuse being the first). I had to go from overdosing and self-harming to having nothing. To not having the ability – the capacity to do anything. I thought that my world had been taken away from me and everything I’d ever known had gone with it. Into a file in the staff office of a psychiatric hospital. All my secrets, the worst things I’d ever done… everything was there for them to read. In the end, all I could do was push through it. And when I pushed the wrong way… the scenery changed, and I was in Intensive Care. How do you come back from that? From the lowest point in your life? Who do you have to become? What has to change for you to carry on breathing. To carry on living?


Recovery was like a breath of fresh air; I gulped it down as though I’d been deprived of oxygen for the two and a half years I’d spent in hospital. But discharge from my section (of the Mental Health Act 1983)? Well that was like someone was shaking the tightrope that I’d only just managed to gain my balance on. Leaving hospital and moving into my own home… it was a real shock to the system. I no longer had mental health professionals surrounding me 24/7. They were gone. As were the door codes and alarms and fences that had stopped me from self-harming for so long. I thought that I was firmly in recovery… but it was a whole new challenge. A brand-new change.


These days? Well these days I’m still adjusting to everything. When my support worker is off sick I have to adjust to having a new one. When my friends cancel plans. When my pets get poorly. When my medication is changed. When my GP changes. When the hallucinations change. When my milk runs out. When I wake up still tired. When I have bad days. When I have good days. When a Nurse in A&E makes a promise, she doesn’t keep. When my CPN goes on holiday… life is forever changing. For everyone.


And if it’s constantly changing, then how the hell are we supposed to keep up with it?!

All the pain and the truth
I wear like a battle wound
So ashamed, so confused
I was broken and bruised
Now I'm a warrior
Now I've got thicker skin
I'm a warrior
- Demi Lovato - Warrior
Newer Post Older Post Home