GOING BACK TO MOVE FORWARD 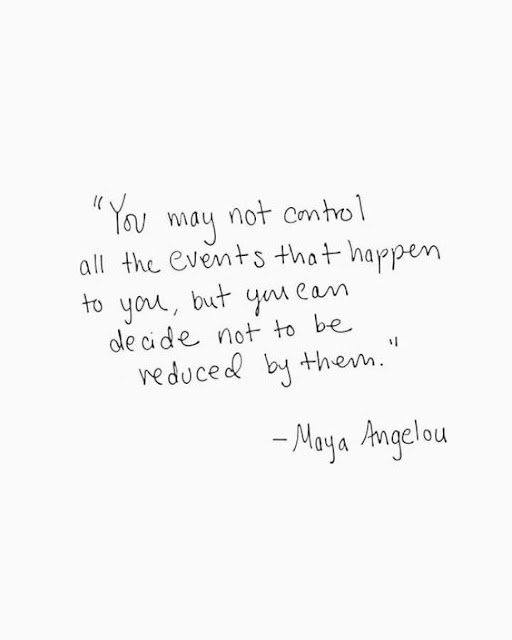 A while ago, a friend posted a quote on Facebook that dwelling on the past will stop you from moving forwards and enjoying the present. And I think I’d disagree… If we don’t face our past head on, then how can we ever move forwards?


Immediately after the abuse I turned to alcohol to block out the thoughts and feelings that I had been left with.  It was almost more difficult to cope with now that the physical act had actually ended because I sometimes felt that I had no right to be struggling. As though, if I was no longer being abused, then why should I feel suicidal?


There were so many feelings that I was trying to numb… I think I was in shock. Shock that it had ended when it had felt like it was going to go on forever. Shock that even though it had finished it was going to continue to affect me in a huge, debilitating way. And a delayed shock that the entire thing had even happened! I’m one of those people though, who believes that saying something makes it more real and so my belief that no one would believe me if I told them meant that I was just left to deal with this life-changing shock by myself.
In the end, though, when I did start talking about the abuse; I had been right along – saying it made it more real. Initially this made things worse because the more people I talked to, the less I could pretend it hadn’t happened and I used unsafe coping mechanism to cope with this. When I learnt the new, healthy coping strategies I found that talking was a good thing – now that I was talking about it, I could get help for it and that meant my life didn’t have to be this way. It didn’t have to be this hard.


Another feeling I experienced that I’ve had to tackle by confronting it, was anger. I was furious that he’d done such a thing to me and that life was unfair because he was continuing to live his while he had broken mine into a million pieces. Initially, that anger became a motivator for my self-harm; I couldn’t hurt the person my anger demanded me to, so I hurt myself instead. The anger became all-consuming and I felt like it was going to swallow me whole if I didn’t talk to someone about it. In trauma therapy I had to go through all of the reasons that I was angry, and it felt like the list was never-ending but every time I added something, it was a new opportunity for the Psychologist to help me overcome it. I learnt how destructive anger can be and that in order to minimize it and the damage it caused, I needed to talk it through so that the Psychologist could show me counter-arguments that would help me to rationalize everything into an anger that was a lot safer and more manageable. It taught me that the anger might never go away but it was important that it became more justifiable and less overwhelming so that I could live a healthy life.


If you asked me, back in 2007 (when the abuse ‘ended’), whether confronting abuse and rape head on and talking about it was the right thing to do, I honestly think I’d have given a completely different answer to what I would say today. Back then I’d have told you that ‘no; you shouldn’t talk about it. You should run for the hills!’ And now, I’d say that talking about your trauma is one of the most essential aspects to recovering from it. To get help for something that could have influenced your poor mental health give a great chance of recovering from the ‘symptoms’ it has caused you to experience.


I recognize that sometimes, pushing things to the back of your mind works and is actually helpful but I believe that is only the case in the short-term. Eventually, you need to face your demons. Wanting to avoid negative thoughts, feelings and memories actually makes sense whilst they are overwhelming, unhealthy and make you feel unsafe. Without tackling those things, though, they’re at great risk of building up and just how long can your mind tolerate that?


The most important thing I’ve learnt since 2007 though, is that there’s a difference between ruminating on what has happened to you and spending time talking about it in a productive and therapeutic way.
Labels: abuse, advice, changes, coping, emotions, future, happiness, help, memories, mental health, recovery, support, trauma
SHARE:
Newer Post Older Post
Home