HOW IT REALLY FEELS TO BE SUICIDAL


So, I began writing this post and things became a little familiar, so I went back through recent posts and lo behold there was one on suicide from less than two months ago! I debated doing another but decided that since the previous one was so popular and that I’ll be writing this one with different/new content and in a different format, maybe I can get away with it…?! 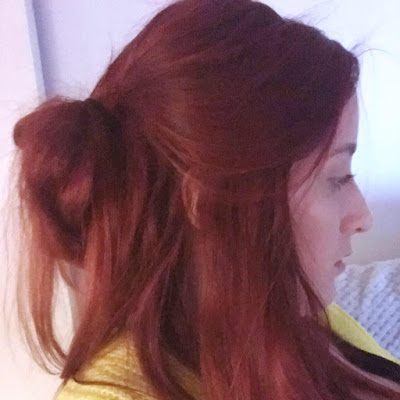 After having consulted on Richmond Fellowship’s Social Media Guidelines, I was recently asked to look at the Suicide Prevention Policy to provide comments on the different aspects of it. In completing the feedback form, I realized that it must be difficult for organizations to devise such policies when the chances are that the majority of staff developing these actually don’t have any experience in what they’re trying to prevent. And I guess that’s why Richmond Fellowship consult with Service Users – they recognize that we can provide an insight into such a difficult topic that could better their care of others. Thinking up signs that a person is feeling suicidal, has the potential to save the life of someone exhibiting those signs who staff might have previously ‘overlooked.’ And sometimes there are signs that only someone who has experienced feelings of suicide can point out.

In fairness, I think that people are a lot more tuned-in to these kinds of things these days because there’s so much press around mental health and suicide in particular that there’s a greater awareness and knowledge of the signs to look out for but no one can know how it feels. So, I’m going to have a go at telling you all – and I recognize that everyone experiences suicidal ideation differently so I’ll only talk about my own experiences in the hope that it will encourage people with different versions to speak up too.


The first thing I noticed when I was suicidal was tiredness. Not just a ‘can’t-be-bothered-to-get-out-of-bed’ type tiredness but a ‘too-tired-to-breathe’ tiredness. It wasn’t just fogging up my brain and leaving me in bed; it was wrapped around my very core. I couldn’t say ‘well if I have some caffeine, I might get some energy’ or ‘if I have another hour’s sleep maybe I’ll be ok.’ It goes beyond that. There’re no options on how to improve it. There’s no chance that it will go away. No chance that you can get energy from somewhere else. There’s no escape. 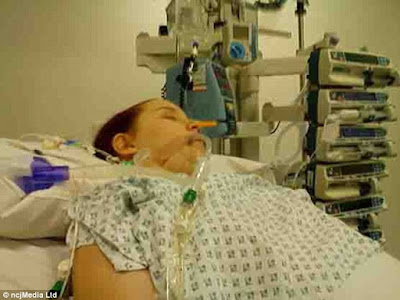 The lack of an escape route goes on to when I’m experiencing the hallucinations. This is where I need to be a bit clearer… because a lot of people might assume, when they hear that someone has overdosed, that it was a suicide attempt. In fact, for me, overdosing became a form of self-harm too. To put things into perspective, my records show that I’d taken over 60 overdoses and I could count on one hand how many were actual suicide attempts. I was sat here, and I thought ‘which instances were suicide attempts?’ And I decided that if the instance didn’t come straight into my mind as a suicide attempt then it can’t have been one. How can I justify it if I’ve had to try and think of it? So, as a result, I’m going to say that I have made three attempts on my life. I think there was many times when I thought I wanted to die but do you know how I know they weren’t suicide attempts? I didn’t end up in Intensive Care and on life support. Almost all of my overdoses stemmed from the hallucinations in some way or another. The actual suicide attempts, though, happened because I felt there was no escape from the auditory and visual hallucinations.  It felt as though they would be with me for the rest of my life; like I would never see a day without them. And I couldn’t bare the thought of that. I couldn’t imagine how I’d ever get on with my life.


The final unavoidable thing in my life was the memories of the abuse. People talk all the time about how you can move on from something, but you can never get rid of the memories; and it’s so true! I could never forget what he did to me. That feeling of hopelessness, that something so negative has the potential to continue for the rest of your life… well, of course I wanted to escape that. At one point, it felt like there were triggers of the memories and flashbacks everywhere; as though people were constantly talking about the things that reminded me of what’d happened. Hearing the words ‘abuse’ or ‘rape’ were huge triggers for me and when the memories became overwhelming, I became suicidal. I couldn’t bear the thought that every day had the potential to remind me of the worst six months of my life.
I was talking with the Richmond Fellowship Tyneside Team Leader recently and told her that whilst it's helpful to be reminded of your accomplishments and protective factors when you're feeling suicidal, it's equally important to feel validated. It's important that the person you ask for help from acknowledges why you'd be feeling the way you are and doesn't detract attention from that by purely focusing on the fact you blog almost has half a million readers (for example!).


I think that I overcame my suicidal feelings for many of reasons but the key one was that it felt natural to want to do everything I could to stop myself from feeling like that. So, when I first learnt the Dialectical Behaviour Therapy (DBT) skill; Mindfulness, I believed that if I allowed myself to ‘be in the moment’ then I’d be dead. If I felt all the feelings that were deep inside of me then I wouldn’t want to be here anymore. Now, though, I love being in the moment because it allows me the chance to have all my achievements sink in. Learning new coping skills like Mindfulness, and distraction and self-soothe helped me to see that actually, there’s other ways to deal with the hallucinations and the memories. Ways that don’t include losing my life.


I’ve been incredibly fortunate in getting the right help for my suicidal ideation before I succeeded.


If you or someone you know is feeling suicidal you can call your local Crisis Team, the NHS out-of-hours service 111, or in case of an emergency, attend your local A&E or dial 999
Labels: abuse, coping, crisis, death, depression, emotions, hallucinations, mental health, overdose, struggling, suicide
SHARE:
Newer Post Older Post
Home