You CAN Get Through Reporting Your Trauma

Thursday, 6 April 2017
Note: This post discusses aspects of sexual abuse and rape; some parts may be triggering or upsetting. 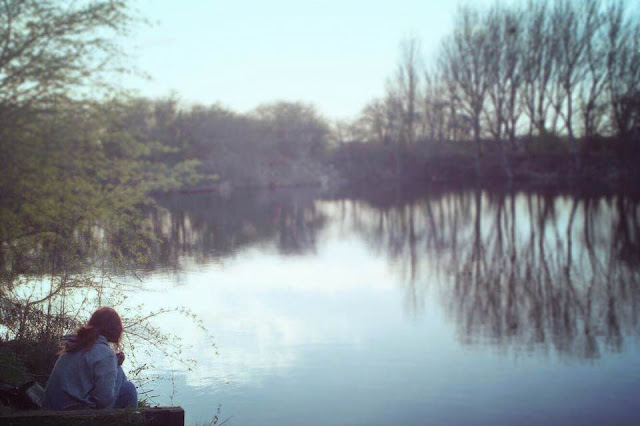 The reason I wrote this post is to illustrate that you can overcome the fear and tell someone - anyone, about what has happened to you. And even if you're battling against the fear that no one will believe you or that nothing will be done - that the person will get away with it; then know that even if that happens you can and will still get through it.

As is typical in a lot of sexual abuse stories, one of my main reasons to go for three years before disclosing it to anyone; was the fear - conviction, almost - that I wouldn't be believed.


In the late part of 2009 I was in a Psychiatric Intensive Care Unit (PICU), and after having just come out of the seclusion room that I had been restrained and sedated in, I was sat in a room with a nurse; about to tell her my deepest, darkest secret. Immediately after returning to the female part of the PICU I had sat with a woman - an amazing, special, and kind woman who I'm forever thankful I had the chance to meet; in the walled outdoor area and she was asking if I was ok and what'd happened because she was in the next room to mine and had heard the emergency assistance alarms and other commotion.
She told me some of her own trauma story, (which hadn't been disclosed until that moment) and how she thought that if she'd reported it things mightn't have got so bad; and she might not be in the position she is, feeling that it was too late now. Telling people now wouldn't make a difference. "Nothing, could make a difference," she said. And then she told me a, LOT of her mental health story. The things she'd done. The things Services had done. The things Services hadn't done. The Hospitals she'd been in. The treatments she'd had, and the amount of years this has all been going on for.
The most important things that I took away from that conversation, were firstly; that I didn't want to be in the same place; both mentally, and literally, for as many years as she had (at that point, I'd only been in services for three or four months). Secondly, I didn't want to become - or ever be, for that matter - as hopeless as she felt. Knowing little about mental health, there was a large part of me that was already disappointed that services hadn't made me feel any better yet. Ironically though, that conversation gave me hope when the woman told me that she believed, from how much she knew about me, that the only way I'd escape becoming just like her was if I told someone what had happened to me. What had been done to me.
*Note: having lost touch with this amazing lady, I have just recently found out that she's still alive - it didn't get the better of her, either! And, she DID end up reporting her trauma - and that didn't get the better of her, either!* 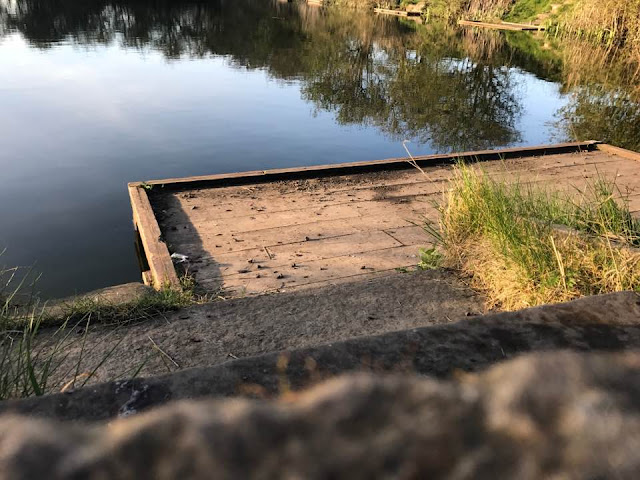 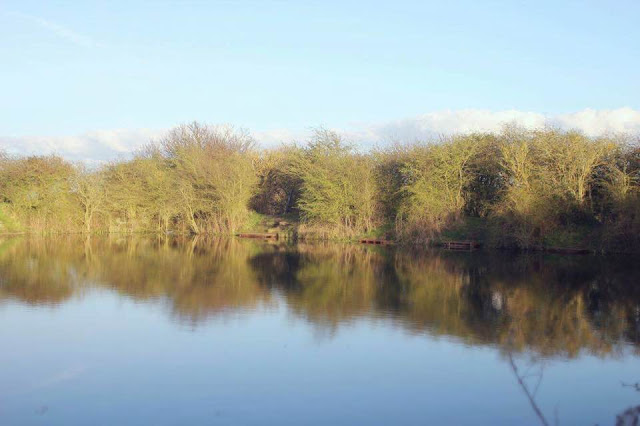 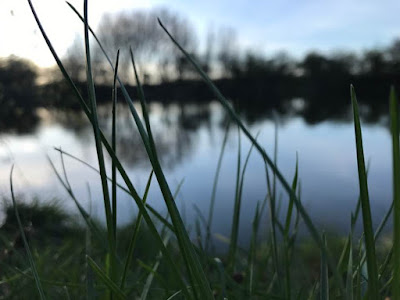 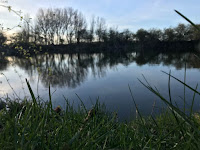 They say that there are times in your life when, just for a second (though it feels like forever when it's happening to you), you genuinely believe that you're about to die. It's usually (but not always) during panic attacks, whilst you're having heart palpitations, or when there is something preventing you from breathing properly e.g. if you; have a collapsed lung, are choking, or are underwater and unable to breath.
When I continued the sentence from 'I was...' to the Nurse that night in Hospital, I thought I was going to die. My brain was suddenly inundated with memories. Snapshots of the many moments that occurred over many months. All of those moments... that I was about to sum up with two words. Two words, at the end of a sentence that would then, only consist of four words. My heart would stop because at the end of that sentence; life, as I knew it, would stop too.
To me, it's funny almost; that I can't remember having that feeling when the abuse first started. I don't remember ever thinking, over those six months, 'my entire life has just turned upside down!'
Perhaps because people are right when they say that a fear in saying those words, is that it'll make it 'real.' Before I said those words, I'd been so far disconnected from the trauma that I would hallucinate; and distancing myself from reality. I would self-harm and replace the pain of the trauma. And in recounting things to the Police? I had to try and explain that there were questions I couldn't answer because I'd only seen it happen. From my safe place on the ceiling watching the girl who was pinned down, turn her head away and cry. That trauma. My trauma. It hadn't happened to me! And until I could recognise that; the only way I'd get better and go home and be safe would be to accept that- to admit that; I couldn't tell anyone what had happened. Because it hadn't.

For a lot of years, after I'd finished that sentence, I regretted letting it leave my mouth. I hated my lips for allowing those four words to leave so quickly and quietly, knowing how dangerous they were. Knowing the damage they could cause. Knowing the devastation they would leave in their wake.
Knowing that once they had passed, they could never be taken back. And that once they'd been released, all I could do was sit back and watch the impact they had on the life that I would become, more and more determined to end.
A key to my regret had been that after giving a statement to Police, and going through gruelling, and personal questioning in front of a camera (in preparation for a court hearing); ultimately, nothing happened to him. He was safe. Protected. By law, unless he confessed then nothing could ever be done to him because it was my word against his; and in taking two years to come to terms with it; I'd eliminated all chances of physical evidence.
I won't lie; hearing that he pleaded innocent and was being released was devastating. 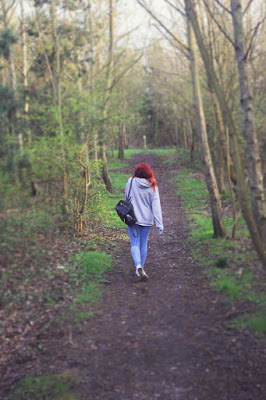 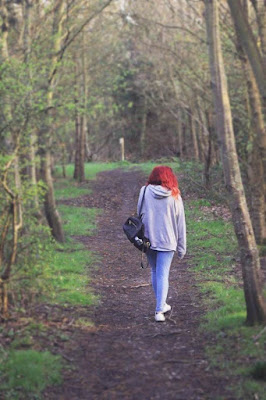 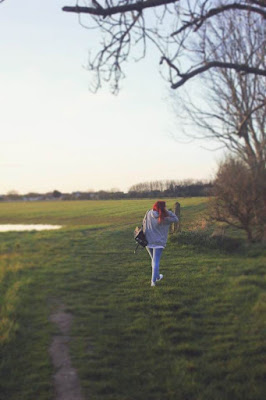 I questioned everything. Did it actually happen? Does he regret it? Has he spent the past few years trying to bury it and that's why he's denied it? Does he have a conscience? Does he blame me? How is this fair? What was the point in telling anyone? Does this mean I'm never going to get better because everyone said that reporting it would help, and it hasn't?!
So, initially, yes; reporting my trauma had a negative impact on my mental health. I was angry with mental health services for telling me that doing so, would have the complete opposite impact. I wondered if any of them even knew what they were doing. I was angry with the police for letting a guilty person continue life as an innocent person should. I wondered why they believed him over me. Most importantly, I was angry at me! For allowing myself to trust, and believe 'them' (mental health professionals).

I'm lucky that my behavioural reactions during those years of regret didn't kill me; because I grew to develop a completely different view.
The police expressed their frustration to me at knowing someone was guilty but legally having their hands tied. I was told that in questioning others who were around during the period of abuse, although having never witnessed anything, everyone said that they could believe it'd been going on and that a lot of things from that time would make sense now. Also, something I hadn't thought of; was that the allegation would remain on his records and he'd be hard-pressed to find another job. And that the allegation was remaining there because it was believed that I wasn't the only victim. 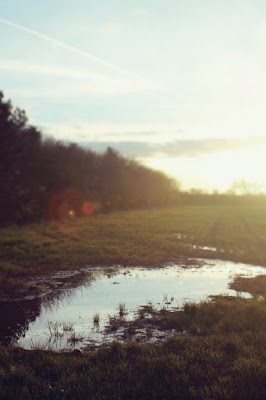 I began to understand that reporting the abuse did, in the long run, benefit my mental health because from then, professionals were better placed in understanding me - on a whole, and therefore; they were more likely to find the best help for me.
The part that was the hardest, and that took me the longest; was working on the anger and blame that I held against myself.

The only way I've learnt to move past it is by reminding myself of two things...
1. I have done everything in my power to save others from going through the same thing
2. It's over. 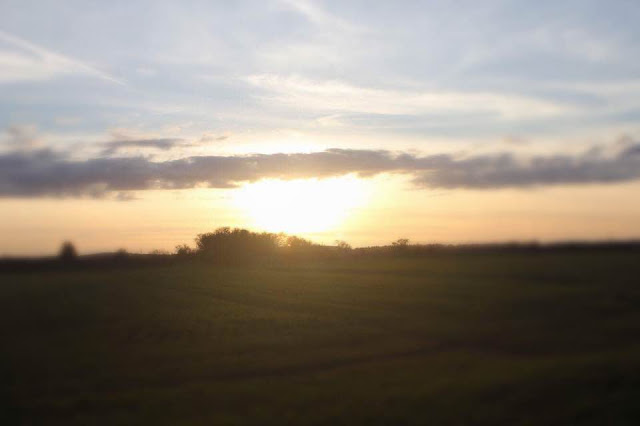