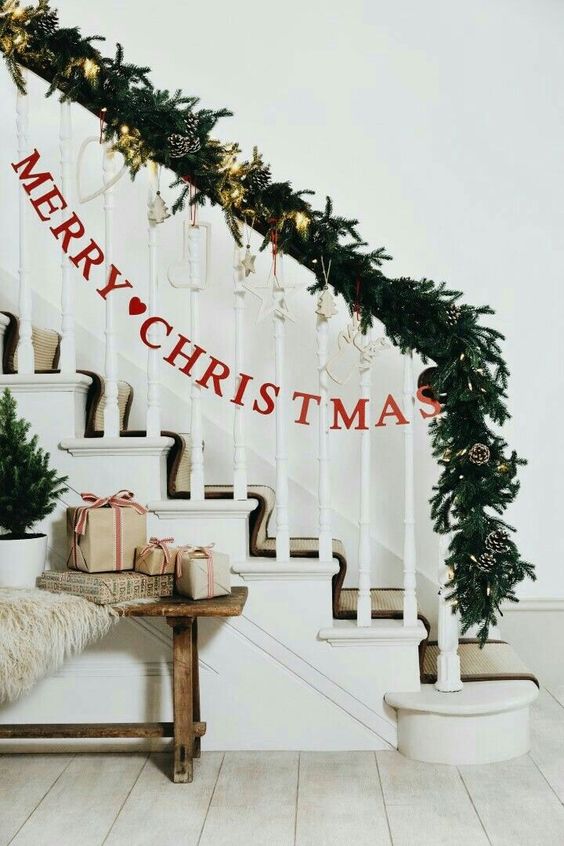 It’s a special time of year and so, to celebrate it, I wanted to do something special on I’m NOT Disordered for Christmas. I have decided to bring back the Christmassy Q&A I put together last year with the questions being from a YouTube video and have posed them to many different people from all of the country and doing all sorts of jobs, in all sorts of roles, living all kinds of lives!
So let’s kick off Day Seven of 12 Days of Christmas with I'm NOT Disordered with the answers of 'Borderline OK.'

Not so much excitement but there can be anticipation depending on who I’ll be around (or not) it normally kicks in during November, when it’s a good time to get all necessary gifts from an internet shopping binge


Not this year, but people who know me know I’ll eat anything pretending to be chocolate… For a few years I was in a position to buy the LEGO advent calendar for a partner’s child, and enjoy helping with the tiny builds & seeing the growing collection of winter silliness


Die Hard. I’ll admit to laughing way too much at Elf, but it’s got to be Die Hard. As a teenager it would have been Gremlins!


Nothing springs to mind; I think the majority of funny stories I’d want to remember are lost to casual drunkenness, and a lot of other tales involve people who I’d rather not credit with being part of a good time, or who I miss. It’s hard to see past that.


No such thing! I’ve had totally normal days, with little to no company, reheated takeaway, & regretted nothing, and had other days where I was on my own & felt it pretty acutely. I’ve had a flatmate cook me an excellent rabbit pie, I’ve been part of a family-like household with heaps of wrapping paper, & I’ve been invited or picked up by friends who knew I wouldn’t ask but that I would really like to go and get wasted with them.


6.       What do you eat for you Christmas dinner? And what is your favourite part of it?


Again I can’t pick one thing. The first time I had roast goose (with amazing roast potatoes) was a great dinner, but I’ve always felt like an “eat to live” person, not “live to eat.” I think this is circumstantial, having spent adulthood mostly cash-poor, living with people keen on cooking, and unmotivated if my only option is cooking a meal for one. My contribution has usually been washing up – so it’s probably no surprise that I’d be perfectly happy with a Chinese takeaway and some Haagen Dazs.


In the family-like setup, I liked to stretch gift-giving into a 25-day event. Numbered gifts under the tree, carefully planned to give a mix of creative/gadgets/toys/practical items, in a curated order. For example: books about pattern design that happen to mention skin designs, then a day or 2 later some tubes of henna; a LEGO kit, then a motorized expansion for it; a super-practical battery charger & batteries, making sure there would be enough to power all upcoming gadgets


I really can’t pretend to like anything you’d hear coming from a shop, radio or mainstream CD. “Everything’s Going To Be Cool This Christmas” (by Eels) should be on a playlist for anyone who remembers the bad ones & needs some uplifting nonsense.


9.       What has been your favourite Christmas present?


As a kid I got a Commodore 64, shared with my brother, which I think was both the biggest surprise (perhaps it still is) and set the scene for a lot of life since, working & playing with technology.


Neither, I’ve not got anything against them but when given the chance I’ve not bothered with decorations. Even during the 25 days of presents, there was at least one year with a gift pile but no tree.


I have no idea. I’ve tried, for years now, to practise what I call “radical honesty” & to help anyone if there is a way they would be happy to receive, and it’s something I can do that probably wouldn’t happen otherwise. Whether it’s stopping to talk to homeless people & give them more than pocket change, or lending people cash/stuff because they need it more than I do at that moment (even if it’s to cover rent, and I’ll need it back in a few days).  But sometimes this isn’t wanted, or it’s rejected as part of someone not wanting anything to do with me, so I’ve had plenty of experiences where intended kindness “backfired” and left me confused or upset. I don’t usually know why this was the case, so I don’t think I’m the right person to guess if I’ve been naughty or nice.


12.   Do you prefer giving or receiving presents?


Sometimes people get it so absolutely right that receiving is an amazing experience, without it needing to be something expensive or unusual. I bet most people would say giving, and I mostly agree, but there’s a reciprocal (even transactional!) side to it that might get overlooked: you could be the best party planner and love giving gifts whether it’s to a spouse or in a workplace Secret Santa, *but* what if your carefully-chosen gift is poorly received, or the gift you receive makes you question why you bothered?  I think I’m trying to say that the planning & choosing can be great, because that’s where you engage with (by imagining) the best possible version of who you’re buying for, how well you know/understand them, and how much they care about what you are doing for them.  On the day itself, this is all finished in a few minutes, and it’s easy for the “big reveal” to go unnoticed by the giver, or be swiftly passed over by the receiver, in order to open the next thing.


13.   Where would be your dream place to spend Christmas?


In an alternate dimension where I could gather a few friends, none of whom would have any stress or guilt from not going to their families, and where nobody’s enjoyment was limited by the shadows of returning to work, money worries, ill health, or any of the other things that live in the backs of our minds.


I can be, but I probably never give it 100%. Over the years I’ve had to wrap things for ageing relatives who needed easy, loose, half-taped packages, or had cats who decided that all of the ribbons were theirs, or had to omit any extra decorations that could get damaged after packing and posting things. The common result of all these experiences was knowing that the contents were the important bit!


15.   What time do you usually get up on Christmas morning? Is this different from when you were little?


I had a couple of deliberate “early riser” Christmas days when I was a school-age kid, and a few where I was genuinely awake and excited, but in my family it was understood that anything that appeared at the end of your bed was fair game – and likely a selection of things to keep us quiet for a while – and other presents would happen whenever a parent was awake, along with a sensible breakfast before any binging on junk food. I’ve long since acknowledged Christmas as “just another day,” and also let more festive minded people lead the way if I was living with them, so there’s no single morning routine.


16.   How old were you when you found out that Santa wasn't real? And how did you find out?


Definitely at the young end of primary school. I don’t know how I “found out” – there was no single epiphany – but I knew for a few years that making a Christmas list or going to see Santa in a shop was all part of the routine stuff people do, not part of a real or magical side to the world. As an adult I’ve been pretty blunt and probably intolerant/intolerable, taking the view that Santa is a fundamental lie that both mystifies and dehumanises what is actually happening when a loving family gives gifts and prioritises one another, and that this can result in hiding an important part of most childhoods from the children who live them; later, particularly if a child ends up with any type of “broken home,” it’s not unreasonable to worry if it was a bad idea to propagate a myth that will necessarily lead to the mix of a revealed lie, a broken spell, and a collection of formative memories that don’t contain clear, unambiguously family-led expressions of love.


17.   What is your dream Christmas present?


It’s hardly a romantic or fancy thought, and there’s a large risk of getting something that isn’t perfect, but good clothes. I’ve spent the majority of life unable to afford much (or conditioned such that I can’t justify it), so my wardrobe mostly consists of sale items & Matalan’s finest, with some extravagance coming from TK Maxx. Plenty of what I wear is over 10 years old, so people can usually guess the basics of what I would wear. Getting a good quality jumper or pair of jeans, even if it ends up being exchanged for something that’s a better fit/style for me, enables me to mentally commit to having something more expensive, and to benefit from its durability, comfort etc. I mean, I wouldn’t return a shirt that was the wrong size, only to exchange it for several cheap T shirts. And over time, people will inevitably see me wearing what they bought, and I’ll be permanently & perpetually enthusiastic about letting them know how much it is still appreciated.


I don’t have many close people, and amongst relatives or adult friends I think almost everyone is agreed that we shouldn’t feel bad about saving cash & ignoring cards/gifts. This is one of those ideas that sounds like a grumpy rule, but it’s easily broken and I’ll probably send a few small things to people. If they do the same, that’s up to them. I’m currently in a position where company would be something to ask for, but I’m not in a position to make that a reality when the people I can imagine seeing for a while have got plans with their own households/families, and of all the people I know there’s only 1 or 2 that I have seen in person through the entirety of 2017.


19.   If you could spend Christmas with anyone – living or dead, celebrity or someone you know – who would it be?


This is a hard question, because the answer hurts. 7 years ago, my wife had recently finished radiotherapy (after a summer of chemotherapy, and surgery in the Autumn) and I drove 100 miles after my last day of work to see her at her parents’ house where she was recuperating. We had a “fake Xmas” one week early, and I drove her home in the morning. Within a month we knew her front-line cancer treatment had not been enough. By the end of April she had died. Despite there being a lot of ups and downs in my relationship with her as well as her family, and plenty of fictional or real ideas that would sound like a great party or a fascinating day, I can only really say that I’d want to have the one thing I never could.  At least one Christmas with a cancer-free wife.
Labels: changes, childhood, Christmas, collab, details, experience, fun, Guest post, happiness, home, memories, mental health, positives, presents
SHARE:
Newer Post Older Post
Home