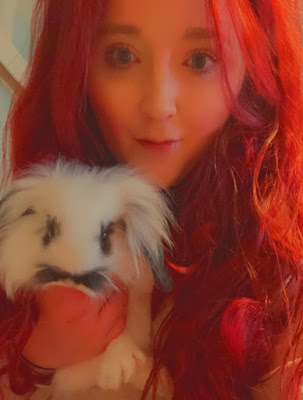 Being a writer/blogger means that I typically find words fairly easily and so it take a lot for me to feel that I can’t find the right ones to get something across. And telling you how loved, wanted, and appreciated you are, is definitely one of those instances!

For – what felt like – a long time after losing my first bunny (Pixie) I believed I had reached the final decision not to get another rabbit. I thought that I had really considered the consequences and possible results if I were to get one, and I felt that having done so, I could conclude that it wouldn’t be a good idea – that the risks I’d have to take in getting a bunny, overwhelmed any possible benefits.

Obviously, all of that has changed! It’s been as though as time has gone by, the house has become more and more empty. As though that missing piece of the jigsaw – the piece shaped like Pixie – was standing out more and more… like a sore thumb! And sometimes it’s hard to say this sort of thing because I don’t, under any circumstances, want it to look as though having Emmy isn’t ‘enough.’ As though she isn’t a good enough part of the home to the point that I would want another pet! Well, that’s not true. Emmy is most definitely a loved, wanted, and appreciated little one, so it’s not a question about that. The thing is about wanting to have a bunny…

When I was little, my two rabbits killed their babies and professionals believe that this trauma was the reason why my visual hallucinations took the form of rabbits. And from the day those hallucinations started, rabbits became the worst animal imaginable! I mean, I had the biggest fear and dread around even just the thought of them. The psychosis led me to believing that the rabbits were a sign that something bad was going to happen. And when they appeared and were covered in mud, it was like my blood ran cold and my heart stopped; that’s how terrified I was. 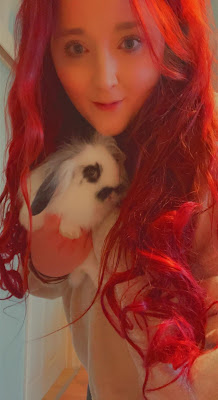 That rabbits meant this to me, meant that when I was in Pets At Home one day with my Mum, I asked the staff if I could hold one of their rabbits. I got it in my head that maybe holding a real rabbit, would encourage my brain to recognise reality and to start to be more dismissive of the hallucinations. I thought that choosing to hold a rabbit and choosing when the put it down, would instill a sense of control that I felt I had lost. That rabbit turned out to be Pixie, and so I brought her home the following day!

So, because rabbits hold this level of meaning to my life – and in particular, to my mental health – I think it’s understandable that in losing Pixie, I would continue to feel a level of need and inclination to continue to have one in my life… and so, regardless of how convinced I had been of my decision not to get another bunny, I guess I just wasn’t totally surprised when that changed!

In my process to find you, I stumbled over a lot of hurdles in attempting to add other bunnies to the family and with those attempts failing a number of times, a few people voiced that perhaps it was a sign that I shouldn’t get a rabbit. But to me – and with all my experiences of overcoming challenges – I took those failures as a sign that I hadn’t found the right bunny. And thankfully, that attitude worked out well because it meant finding you!

It also meant though, that because of those experiences, I initially struggled to maintain hope and excitement for picking you up because in all honesty, your photo was my absolute favourite of all the bunnies I’d seen! So, I was really nervous that I would end up feeling disappointed all over again. I realised though, that surely my mental health is so stable and secure that I could tolerate another disappointment. I also have the attitude that you only live once, and so; even whilst I wasn’t sure it was going to work out, I still paid the deposit for you immediately! 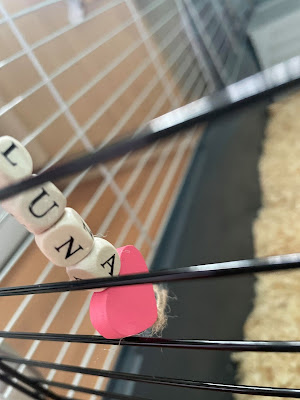 And now you’re home and your part of our little family. And Luna, I hope that you know just how important, special, and loved you are and always will be. I might have thought that in getting you, I was trying to fill a hole that’d been left from the loss of Pixie… but actually; you’ve done two things. You’ve become a comfort to the hole (because it will always be there), and you’ve created your own little piece of our jigsaw. And when i was bringing you home, I had the distinctly overwhelming feeling that Pixie was looking over us, happy. That she supported the decision and was happy that I had finally decided to get another bunny. Now, you’re a part of our home and my heart. And I wish you  know this, and that you enjoy your life as a member of the family.

Luna, I love you so much already. 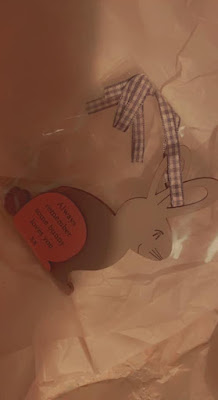 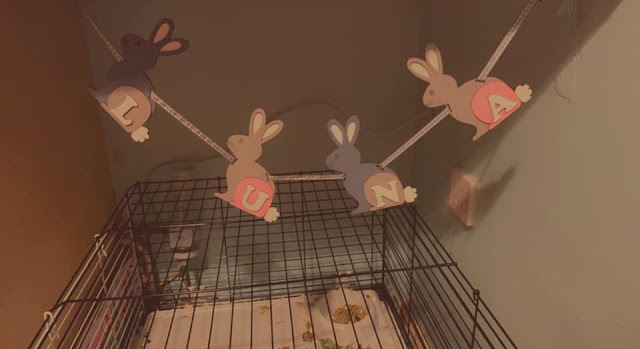