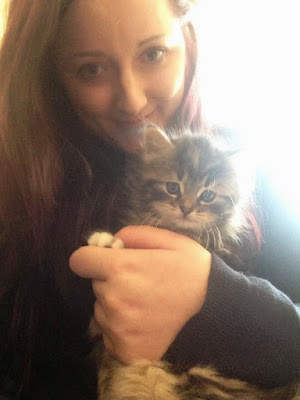 I could hold you all night

And it wouldn’t make it right

I have held you all day

And it doesn’t go away

‘Cause it’s when I hold you close

That’s when it hurts the most

Three years ago today, my beautiful, big, fluffy Maine Coon; Dolly, was put to sleep after a week-long battle that ultimately ended in Kidney failure. Having recently started to struggle again with my mental health, a lot of people were kind of concerned that the anniversary of my cat’s death would trigger more unsafe behaviours. But, I know that Dolly wouldn’t want me to use her death as a reason to hurt myself. She would want me to hold onto the good memories of her and to focus on all the positives in my life. And doing this, made me think about the main thing I’ve learnt as a result of losing my furry best friend:

Being aware of the judgements, thoughts, and opinions of others can be so unhealthy because they can prevent you from making decisions based on your own feelings. After losing Dolly, there have been so many instances where I’ve found myself saying “I know it sounds silly but…” I was just so conscious that if I talked about all my thoughts on what Dolly would have wanted, there’d be so many people who’d be thinking ‘it’s just a cat!’ And with their judgement in mind, I tried so hard to hide just how much I was hurting, and how utterly broken I felt with the overwhelmingly painful realisation and acceptance that I would never see Dolly again.

I was going to talk about how Dolly came into my life with the intention that it would illustrate to people why she was so important to me; but I worried it would look as though I was trying to justify her worth. As though I were trying to convince everyone that she was definitely more than ‘just a cat.’ But then I wondered, wouldn’t that be the exact opposite of the message I’m trying to get across? Wouldn’t it look as though I do really care about the judgement of others? So, I finally came to the conclusion that rather than talk about the beginning with Dolly in a bid to force others to understand my upset, it’d be much nicer to tell you because I believe her coming into my life is so very deserving of being shared…

So, I had been a psychiatric hospital for over a year and was really struggling to hold onto any motivation or reason to cooperate with the staff, the therapy they were delivering, and the medication they were prescribing. I mean, at one point, I managed to go AWOL, made a suicide attempt, and ended up on life support in Intensive Care for a few days! And having this absence of hope and determination, inspired my Mum’s incredible idea to buy something that would instil faith and courage in me to continue to engage in therapy work with the staff to actually move forwards into recovery. So, I chose to buy a kitten collar – pink with white spots, and I hung it from a photo frame (that had no glass in it!) in my hospital room; and after over two years in the psychiatric hospital, I was finally ready to move into my own home and to bring into it, a very small and fluffy Dolly!

I actually had to move into the home by myself for one week before Dolly was ready to leave her mum and it meant that I got a full, saddening, lonely experience of how it felt to actually live alone… Having been in a psychiatric hospital with people around me 24/7, the professionals noted that it’d be good to put me into a sort of step-down service where I could adjust to living alone, but there were still staff available 24/7. And I’m so grateful they did that because the shock of living alone in the community would’ve been even greater.

I’m also glad I had already decided to get Dolly because I probably would’ve lasted 24 hours alone before going to buy something fluffy to cheer me up and keep me company!

After getting Dolly, one of the greatest changes she brought to my life and my mental health recovery was in teaching me about responsibility because when my mental health was at its most poorly, I very rarely took responsibility for any of my actions. I almost always felt that there was someone – or something – else to blame. As though an external force had the entire power to leave me with no choice, but to self-harm or attempt suicide. Like my own thoughts and feelings and response, wasn’t up for discussion. It was what it was – if those external forces didn’t change; then neither would my reactions!

So, one of the many things I learnt in Dialectical Behaviour Therapy (DBT) was about the importance of taking responsibility for my actions and accepting the consequences and aftermath of them. Owning my mental health for what it was – recognising that others played a part in it, but that I ultimately held the control – was probably one of the most life-changing and life-saving things to come from my therapy sessions. 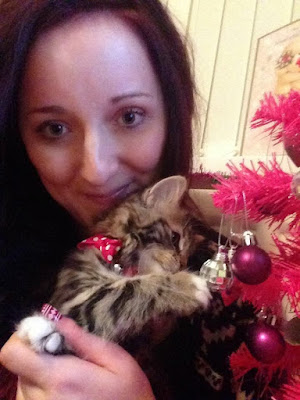 So, having spent the best part of the previous almost six years, being focused on me… I mean, it started with three years of me prioritising causing harm to myself in putting all my energy into suicide attempts and self-harm, and then another nearly three years were spent trying to recover from all of that… It meant that I had never pondered the prospect of actually caring and being responsible over someone (or something) else because those years had been about me. And whilst that was obviously important and definitely right at that time, it was also a welcome change to have a whole other life to care for.

Which meant that getting Dolly wasn’t just about the recovery goal of being in a physical, literal position e.g. living in the community, where I could get her; it was also about being at a stage in my mental health where I had the ability to finally not only be responsible for my own life, but for another life too! Like, it meant I was actually so healthy and capable of maintaining my own safety that I could be trusted to maintain another one’s too. It was like the ultimate example that people (including me!) had faith in my recovery and believed it to be solid and permanent.

Aside from everything that getting Dolly meant, once she was in my life she continued to improve it and fill my heart and our home with fun, love, and happiness. Making my home into that, meant I finally had a safe place; which was something in the years of therapy and hospital admissions, I was repeatedly encouraged and advised to create. The varied professionals said this place could be by envisioning a completely fictional situation or picturing a physical place I’ve actually visited. I struggled with doing that because it felt as though everywhere I had been to was tainted with memories of me self-harming there.

So, moving into a new home and having this special little life to look after really worked magic in me recognising it as a place where I could be happy, healthy, and safe. It was such a powerful notion that it meant even when things relapsed and I used the bathroom to self-harm in, I remained grateful for my home because of Dolly. I felt as though she was the reason for a new, huge detestation for spending time in hospitals because each minute spent there was one minute away from Dolly!

And it was during a hospital admission that everything changed for Dolly…There was a massive miscommunication and the Police caved my door in when Dolly was actually just home alone. After that instance, her temperament completely changed and with it – her entire personality. She wasn’t Dolly I knew o recognised, but she was definitely still the one I loved! And with that love and care for her, I pursued the change in her behaviour (which was mostly a combination of being overly terrified, regularly anxious, and very aggressive) with the Vet until she finally scratched my face for the first time (until then I was the only person she hadn’t attacked or hurt) and the Vet referred her to the Behavioural Therapist.

After a quick assessment, the Therapist concluded that they needed to prescribe her a mild sedative because they said if she continued to hurt me, she’d have to be put to sleep as they’d never be able to re-home her. But I wasn’t going to give up on her – even if that meant having to purchase the medication over and over again for about a year. And I’m so glad I did that because by the next year, she’d settled and the sedative could be stopped and I finally had my Dolly back!

Having her anxiety reduce and affection increase, meant that I didn’t even hesitate when I bought a lion head bunny called Pixie a few years later. I had literally no concern or uncertainty that Dolly wouldn’t cope well with the new addition; I felt that I knew her and could trust her again, and I had the belief that she would understand that bringing Pixie to our home, would be massively beneficial for me and my mental health. I mean, it honestly felt as though Dolly and I were on the same page; like, we knew what the other wanted and needed without having to do anything to explain it.

This intuition was greatly helpful when Dolly became poorly… I say ‘helpful’ because it provided me with the knowledge that something really was wrong and gave me a certain level of warning that things weren’t going to end well. But ‘warning’ definitely isn’t ‘preparation’ – there was nothing that could have prepared me for how broken I would feel in losing Dolly. I mean it’s three years later and there are still times when I wish I was with her.

So, I wanted to finish this post on a look-on-the-bright-side kind of thing, which means trying to focus on the two particular positives to have come from losing Dolly, and they were that it really bonded Pixie and I and that it brought Emmy into our home.

MARKING ONE YEAR WITHOUT DOLLY